I haven't posted in a while, nearly two months.  Winter arrived early in SW Indiana, before Thanksgiving, with the whole package of cold and snow.  Then last week the weather warmed and Friday brought an epic rain.  With the ground no longer frozen it was time to get the parsnips out of there.  I planted only two rows this year.  Last year I planted about 25 square feet and the moles or gophers damaged many of them. 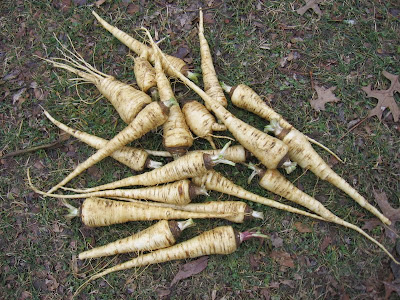 I believe these are Lancer parsnips.  They are from 2012 seed.  They say you have to buy fresh parsnip seed every year but I've found the germination rate is still pretty decent the second year.  You just have to put in a little more seed.  I've found that parsnip does a good job of breaking up the soil.  It has a very deep taproot.  It was also nice to see as I dug them that the soil was loaded with large earthworms.

I might as well do a quick update on the winter vegetable beds now since it may be awhile until another post.  The plastic greenhouse covers a mostly empty bed.  There are two rows of spinach inside, biding their time until spring.  The greenhouse should keep the soil inside unfrozen for most of the winter, and the warmer soil in the spring will give other plants a head start. 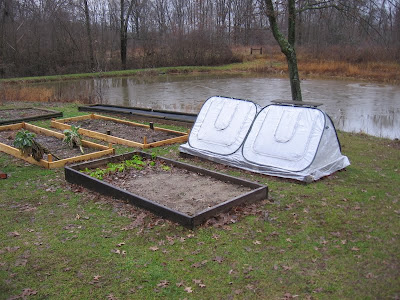 Two of the beds made of landscape timbers were replaced with 2"x8" boards on stakes.  The garden is on a slight incline and I cut the boards at an angle in order to keep the bed level.  I could have buried the boards in the soil at the highest points but it seems that they will not rot as fast if they are not buried.  Yes those are brussell sprouts.  I never picked them before the bad weather arrived and it looks like they are over the hill now. 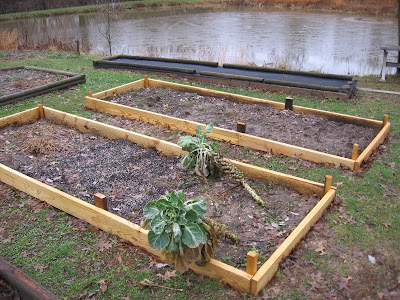 This is the newest raised bed, construction details here and here.  It will be planted with raspberry plants next year and I plan to leave room at one end for either asparagus or rhubarb, but haven't decided yet.  It's a hard call.  I added about two wheelbarrow loads of shredded leaves on top of the soil and spread a pound of chicky-doo-doo fertilizer on top, then covered the whole affair with landscape fabric.  That should give the earthworms a nice warm habitat to do their thing over the winter. 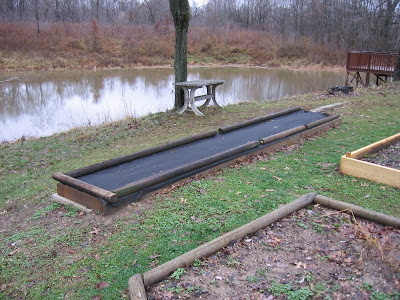 The same modified sheet mulch method is used over this ground to make a new bed.  This area had a tree that was cut down five years ago.  Last summer the stump had rotted enough for removal.  I removed about six inches of soil at the highest spot - it's amazing how even a small tree can raise the ground level - and put some of the soil into the raspberry bed above.  I don't know if this will eventually be made into a raised bed, but for the next growing season I just want to get the soil good enough to grow some squash plants in it. 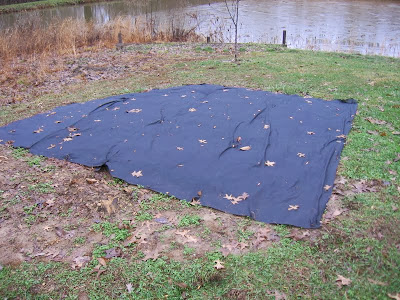 That's all for now.  I'll try to post a summary of year end totals soon, and maybe some observations about new varieties that did well for me.  Hope everyone has a happy holiday.   Mike. 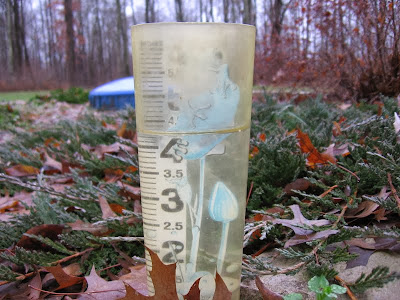 Posted by gardenvariety-hoosier at 3:23 PM 4 comments: