I haven’t posted in ten days because there’s been nothing to write about.  How can that be you might ask, when life should be aburstin’ anew from winters deep sleep?  Because it’s not burstin’ that’s why, and winter has worn out what paltry welcome it was grudgingly given.  Recently I was looking at the Purdue extension page which noted that February was something like 9 F below average and March was projected to be about 6 F below average.  Good news though, we can expect April to be only 2 F below average.  Time to break out the shorts and flip flops.


What does that mean for the poor sot trying to raise some food in the backyard?  It means growing plants is at least two weeks behind a typical spring schedule.  It means that beds that should have been composted, fertilized and prepared for the first seeds or seedlings are not ready, just sitting there, mocking me.  Meanwhile the next set of cole crops was getting leafy and more than ready for transplanting outdoors. 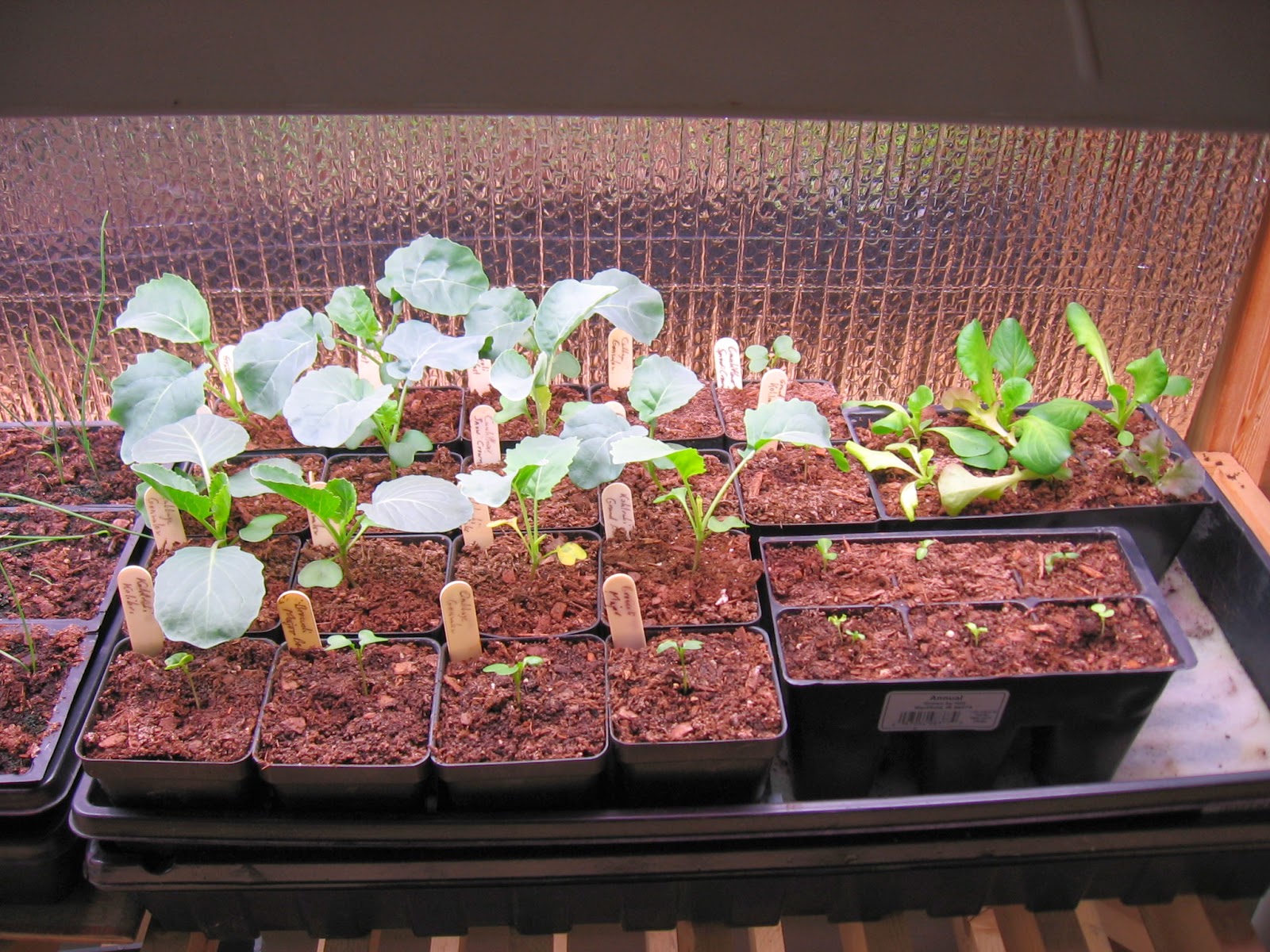 I’m cautiously optimistic that the foul weather is now done.  After a dismal Saturday, rainy and cold, Sunday and Monday have been like, well, spring, with a 10-day forecast of more nice weather.  Sunday I  got to work.   Two beds needed immediate attention, a 4x8 foot bed for cole crops and a 4x12 bed for onions, parsnips, and a few rows of carrot. Garlic popped up at one end of this bed about a week ago.   I couldn’t remember where it was planted last fall and was almost convinced that it was planted in another bed.  So much for my record keeping. 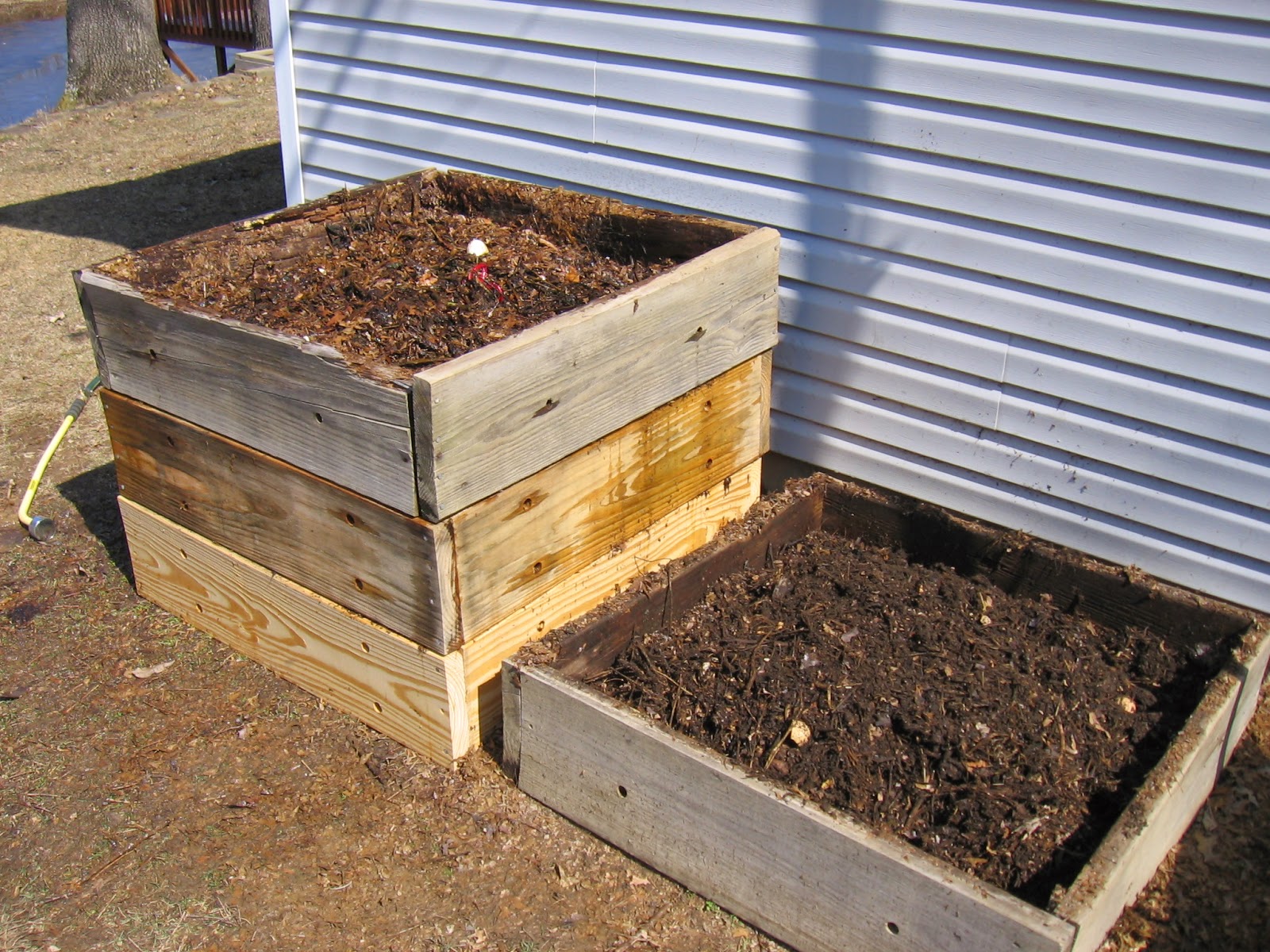 Today the beds that were prepared on Sunday were cultivated with one of those little 2-stroke tillers, enough to break up the clods.  I like to wait a day after turning over the soil to give the earthworms time to get back to deeper soil before tilling.  With the beds ready it was time to plant.  A set of cole crops, storage onions and lettuce were past due for transplanting outdoors.  These are the onions which have been in the mobile coldframe for several weeks now. 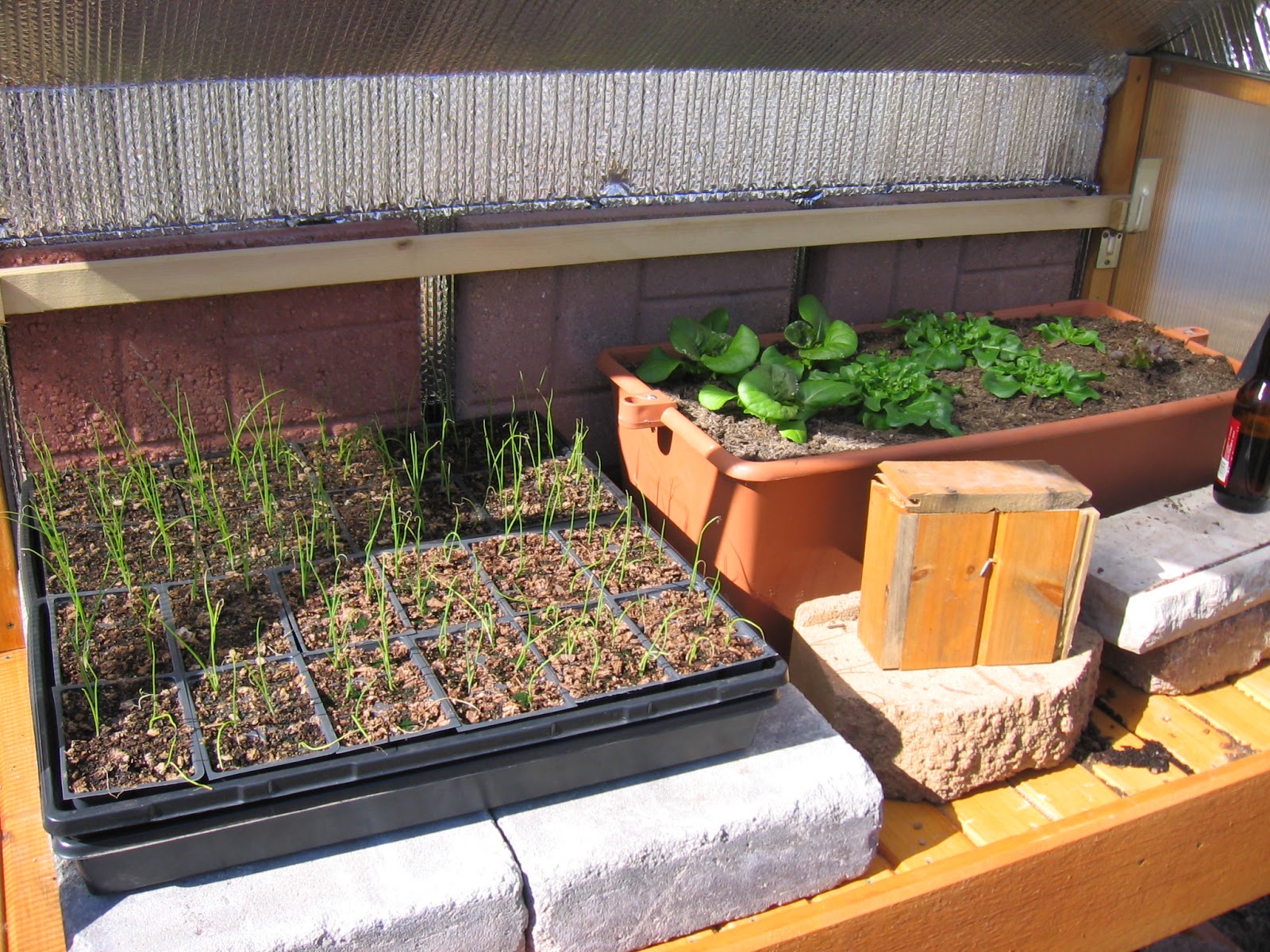 The first set of cole crops had been planted in the bed with the plastic greenhouse over it, but a very cold night about a week ago (14 F) had damaged them beyond repair, so I replaced the broccoli and cabbage with new seedlings.  The tatsoi plant doesn’t seem to be bothered by a hard freeze.  Some lettuce seedlings also went into this bed.  At one end is overwintered spinach which should be ready to pick very soon.  Then I decided to just remove the greenhouse and put a cage over the bed to protect the leafy greens from rabbits. 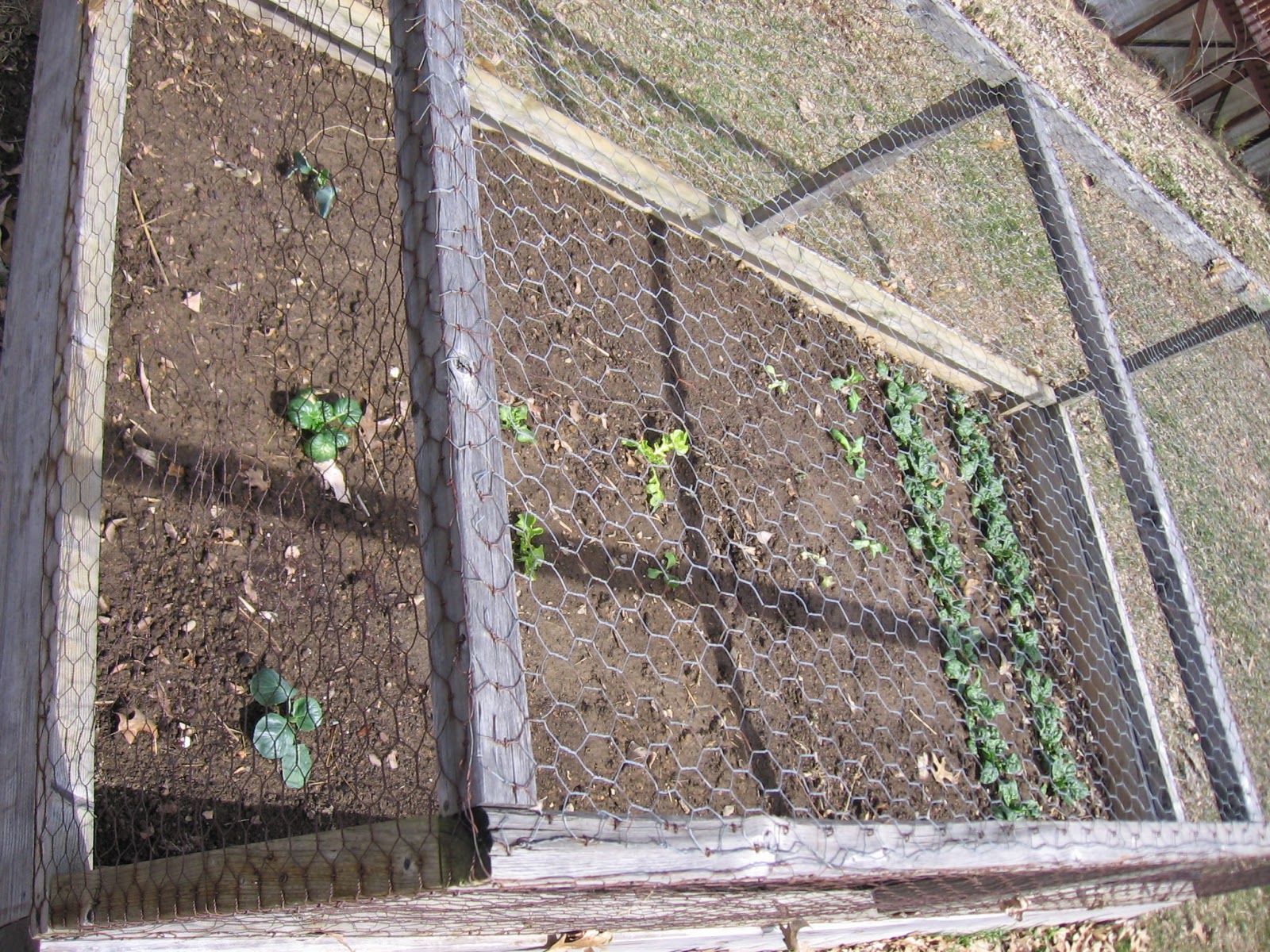 The onions went in this bed.  Planting onion seedlings is very tedious, as is the task of seeding them in flats. (Onions = tedium).  I planted about half as much onion as last year, when I harvested about 25 pounds.  You might be able to see the garlic at one end of the bed. 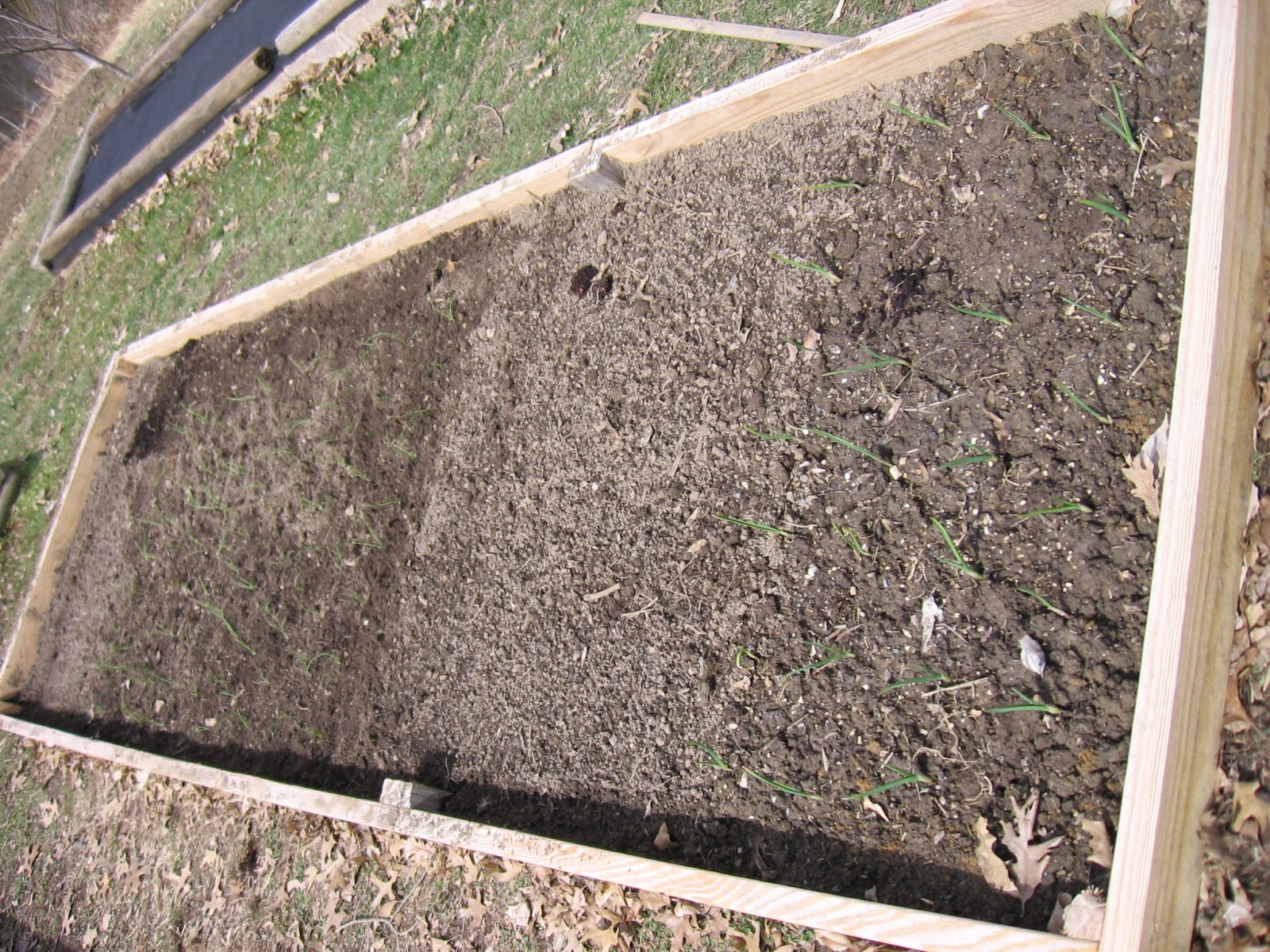 The remaining cole crops went into another bed.  They look a little wilty as they were transplanted in full sun.  I think the plants get a little shocked because they are not adjusted to the intensity of sunlight.  Their root systems were intact and well developed and I’ve found that after the first day outdoors the seedlings recover well if the roots haven’t been disturbed.  There’s broccoli (Major and Belfast), cauliflower (Snow Crown), cabbage (Gonzalez), and kohlrabi (Grand Duke).  I seed cole crops every 12 days so there’s never a lot of them to set out at one time. 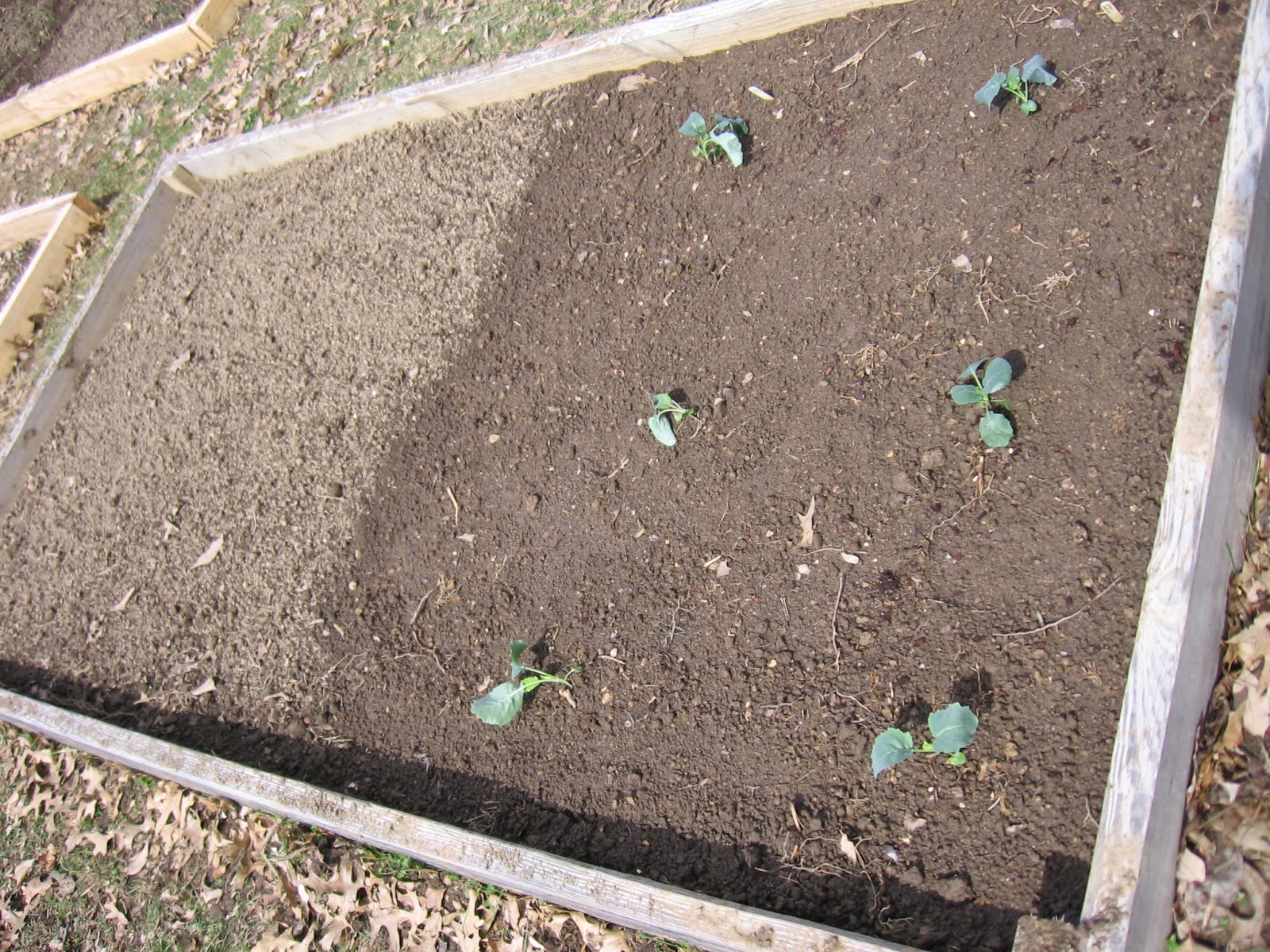 It's a start.
Posted by gardenvariety-hoosier at 4:34 PM 3 comments: