It's the time of year to plant potatoes.  This year the spuds were planted in the trapezoidal bed, which is an oddball bed that is wider than the other beds.  It's 65 inches wide, which is enough for three rows of potatoes.

On Monday I spread some compost on the bed.  The compost is about half finished, but for potatoes it was good enough.  I removed about a third of the compost from the bin to get to the center of the bin, and took out a heaping wheelbarrow load for the potato bed.  This was an opportunity to mix and stir the remaining compost well.  There's still some dry spots and too wet spots in the compost, and mixing everything spreads the moisture and adds oxygen which will help speed the decomposition.  Doesn't look like much, but any compost helps. 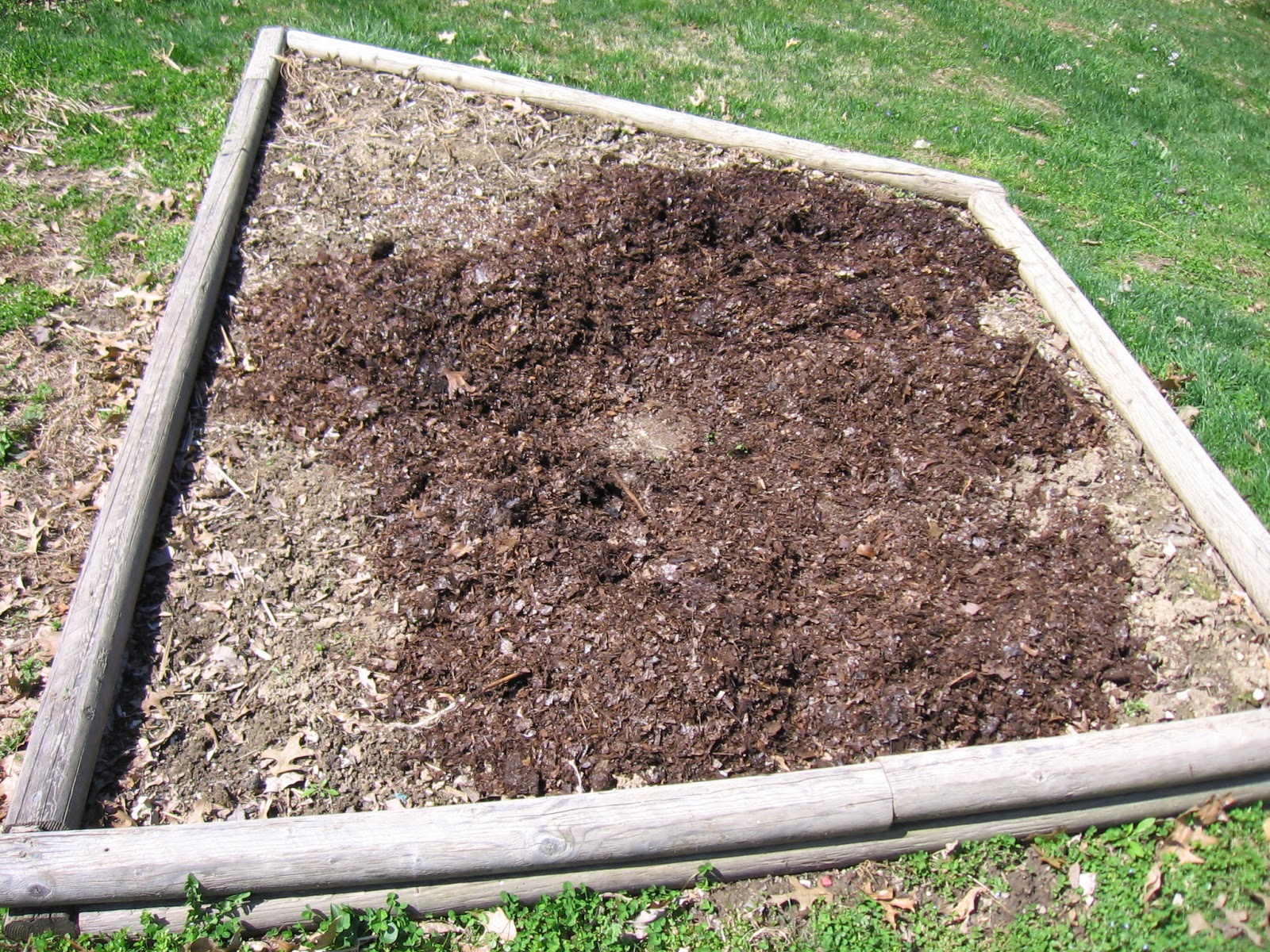 Later I turned over everything with a shovel.  I was a little surprised that the soil in this bed was very friable and easy to turn over.  It's one of the newer beds and hasn't received as much organic matter as the older beds.  Nevertheless there is enough organic matter in the soil to keep the clay portion from aggregating.

Once the soil was spaded over I went through it with the little power cultivator, then raked it smooth. This bed is wide enough for three rows of potatoes instead of the normal two.  I marked out the rows and made three trenches with a garden hoe. A handful of fertilizer and a bit of bone meal was sprinkled in each trench. The potatoes, which had been dusted with sulfur, were set in the bottom of the trenches about a foot apart, six per row.  I planted one row of Irish Cobbler and two rows of Red Pontiac.  Red Pontiac is the top performer here, as well as being a very good all around potato.  I like to plant a little of another variety along with them. 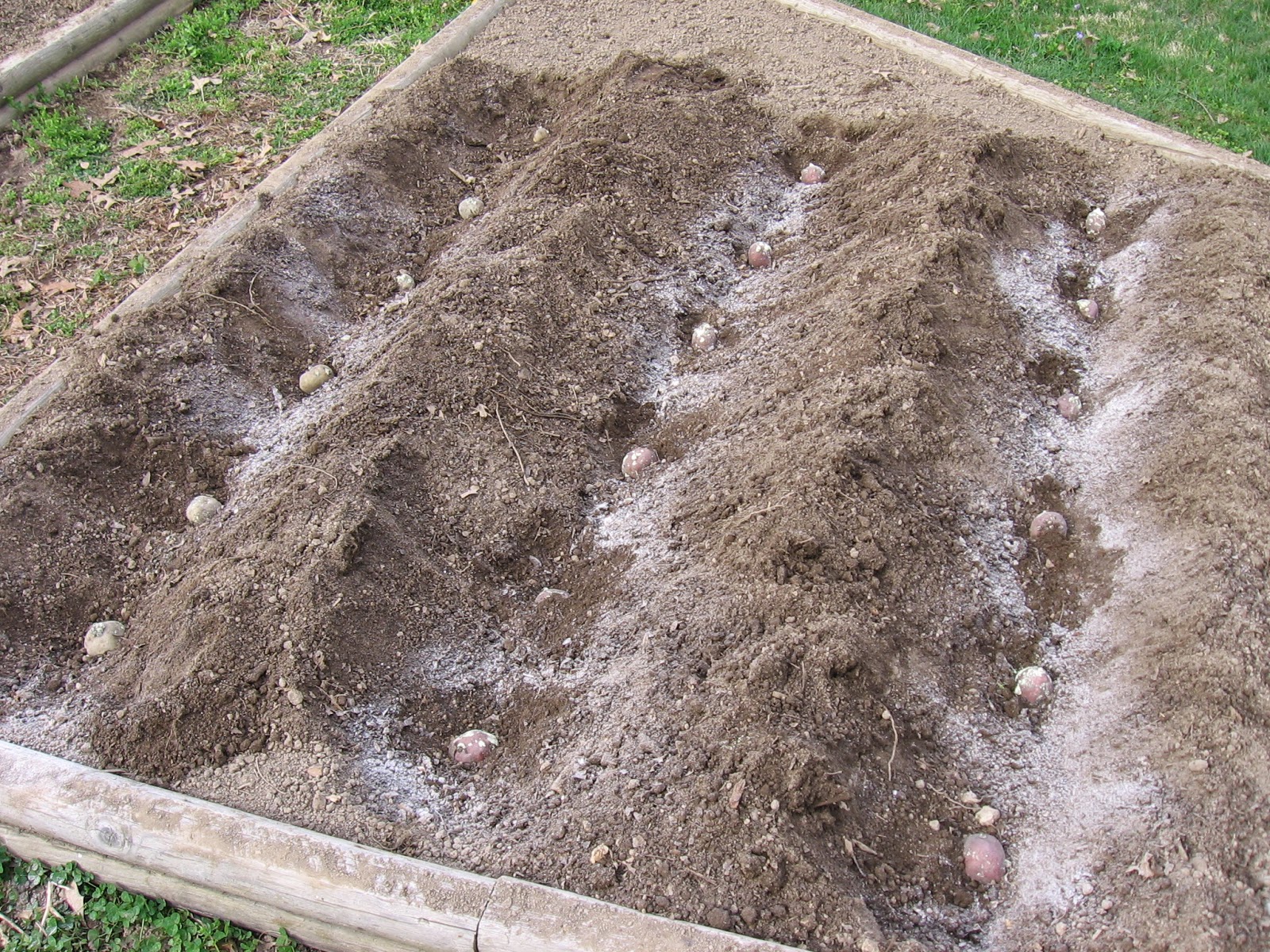 The mounds were pulled into the trenches and the whole affair raked smooth.  Finally I sprinkled some sulfur dust on top of the soil.  For some reason an animal, probably a squirrel or rabbit, likes to dig into the soft ground and look for the potatoes, which it won't touch because of the sulfur.  I've found that a little bit of sulfur on top discourages the critters from investigating.  And besides the soil here is too alkaline. 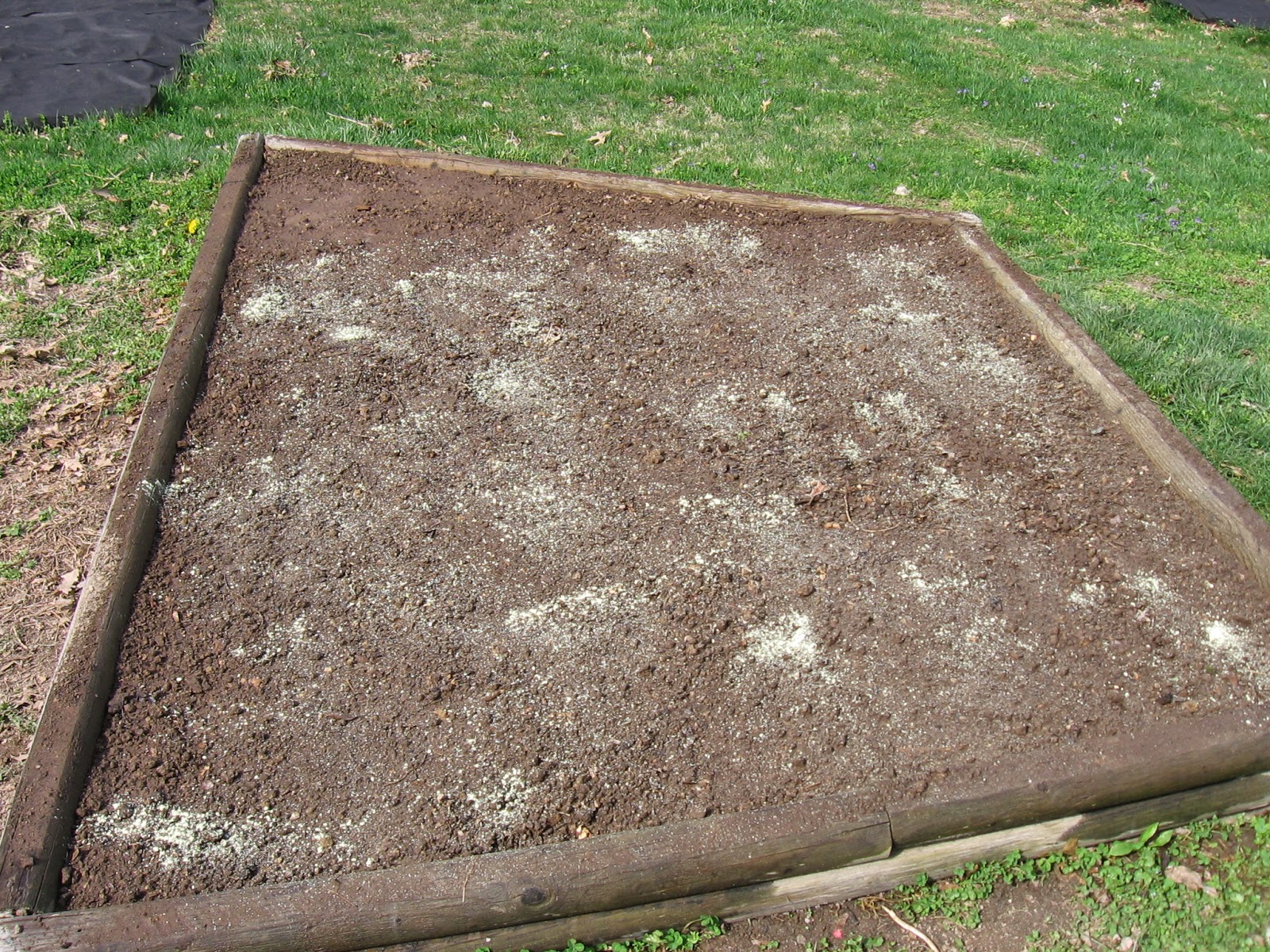 The small triangle that was left was seeded with carrots.
Posted by gardenvariety-hoosier at 5:09 PM

I planted more potatoes over the weekend...I just love growing the darn things!