Well it's about time.  This weekend I picked some overwintered lettuce.  I was a little concerned that it would be strong tasting but it is fine, and much better than lettuce from the store.  The hard freeze in mid-March set it back some but it seems to have recovered fine. 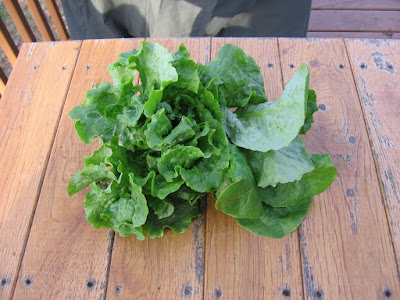 There's going to be lots of spinach.  This is just the start.  I'll have to either give some away or attempt to freeze it. 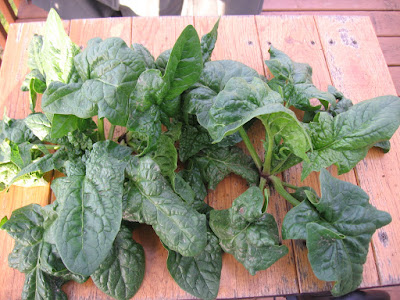 The lettuce in the coldframe is coming along but it's going to be at least a week before it's ready to pick.  The onions and brassicas are about ready for transplanting.  I may do that today if the rains hold off a bit. 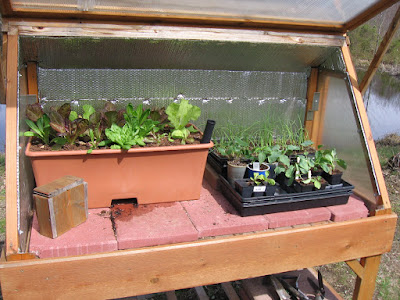 Now that the strawberries are out of the perennial garden, replaced by a rhubarb plant, there's room for more herbs.  Anise hyssop, French tarragon and rosemary were added.  The Greek oregano plant was pulled out and replaced with another plant, this time 'hot and spicy' oregano.  Actually I thought I was getting Greek oregano.  Should have checked the label.  At any rate it smells like the same thing.  Parsley was planted near the rhubarb, but as the rhubarb grows the parsley will likely need to be planted somewhere else next year.  And the thyme took a severe hit from the hard freeze a few weeks ago.  It's just not coming back and will probably have to be replaced. 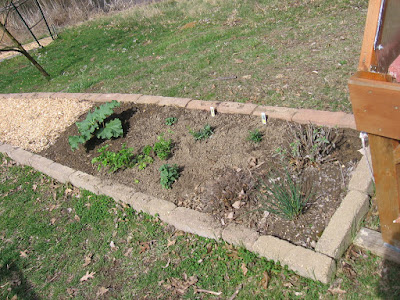 Lastly I put Earliglow strawberry plants in the pallet planter.  These are June bearers.  I tried the everbearing type for a few years and found that they bore most of their crop in June.  After that the berries came in at a trickle, were poor quality, and the birds got most of them.   Another case where something sounds better than it actually is. 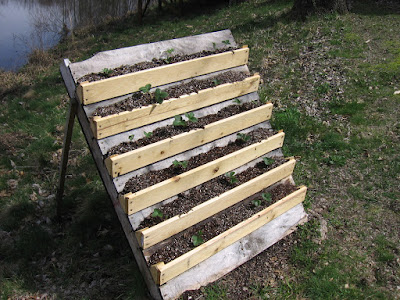 To see what other gardeners are harvesting, head on over to http://www.ourhappyacres.com/
Posted by gardenvariety-hoosier at 11:03 AM

Oh, that lettuce looks lovely - mine was just seeded yesterday so it will be a while before any of it ends up in the kitchen.

I would hold off a bit on replacing the thyme - Each year I'm sure that mine is dead but it's just slow to get going and it always comes back in full force once the warm weather hits.

Good looking lettuce. I haven't harvested any in months now and the spring seedlings have barely germinated. I miss it!

That spinach does look good! I've not noticed any bitterness in my overwintered lettuce either. It's amazing how much cold it can take too.