It seems strange, but things are actually drying out.  This weekend I got outdoors and jumped on some chores like a dog on a ham bone.  Actually there was one other day with the same opportunities, last Sunday.  That day I raked leaves, mowed grass and seeded four rows of spinach for overwintering.  The bed was first spaded over. 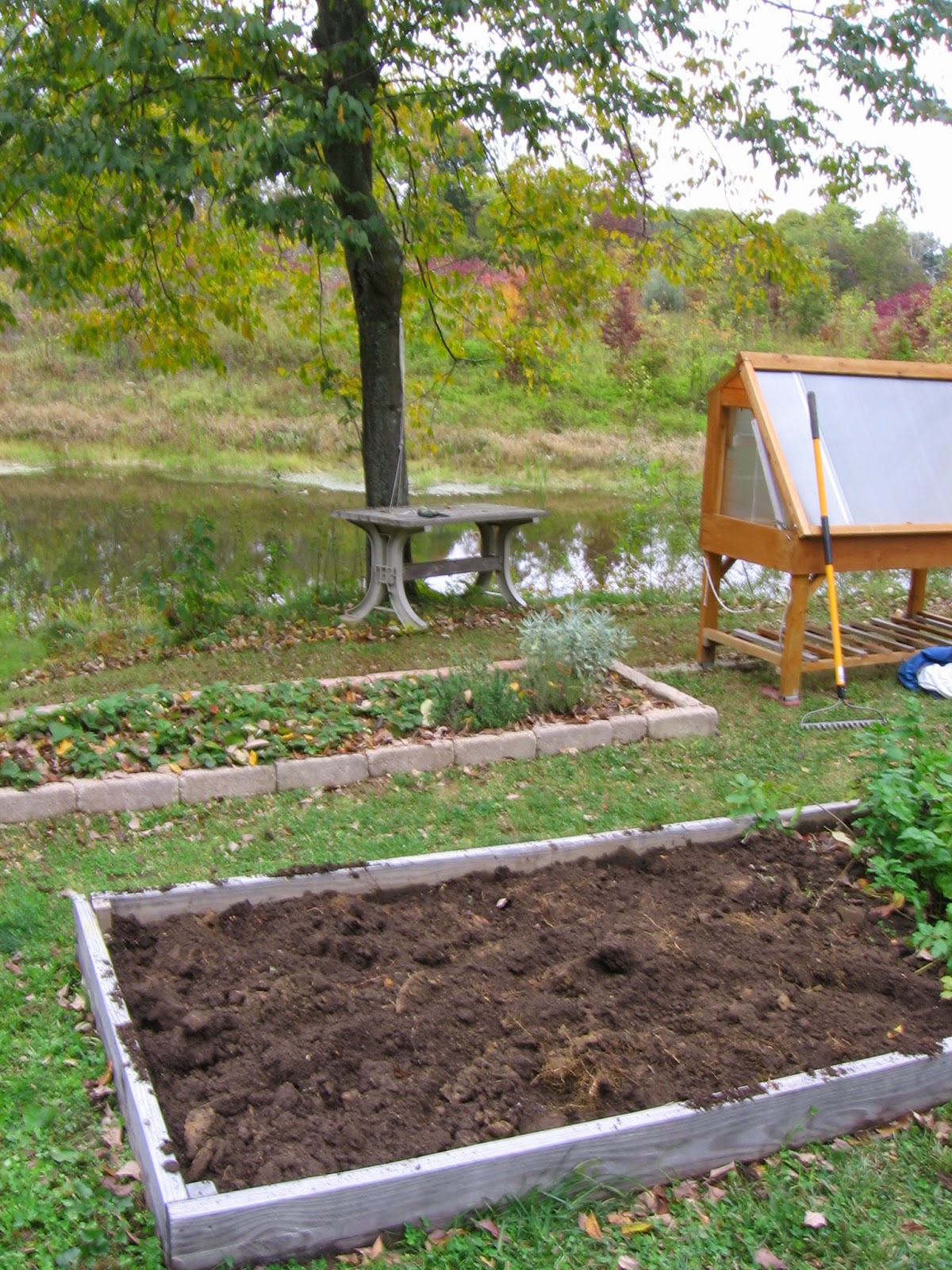 I'm still trying to figure out why there are so many roots in this bed.  They must come from the hop hornbeam tree but that tree is about 20 feet away, and it's a small tree.  Anyway the bed was spaded, amended with some compost, tilled and seeded.

The compost bin has some nearly finished compost in it.  It should be rich compost.  After the fish kill in the spring I added a bucket of dead fish to the compost, and later the entrails from the rabbit litter.  It's been working all summer. 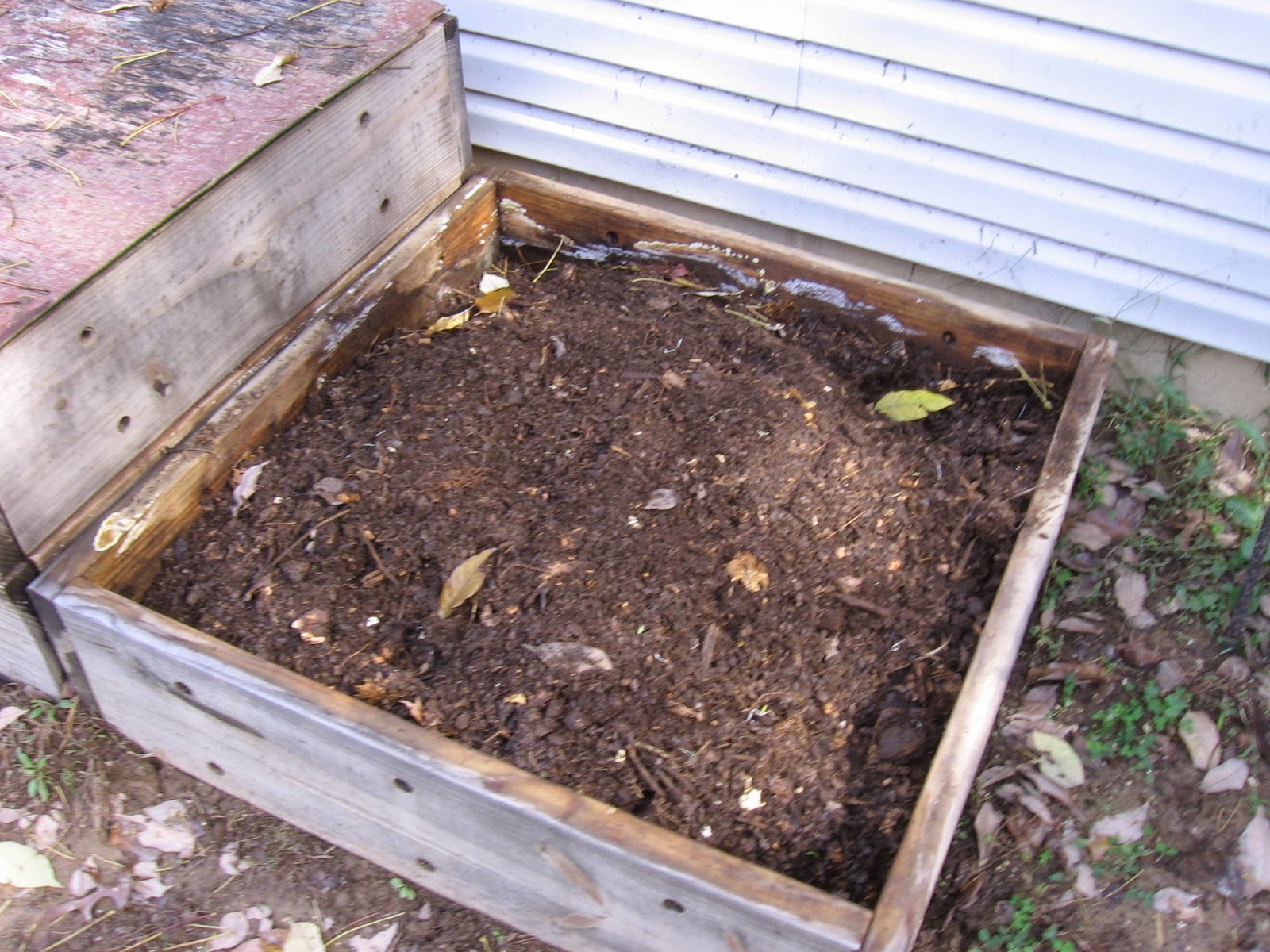 I  decided to split the compost between the two oldest beds.  Next year these beds will get tomatoes, peppers, eggplant - Solanacae.  The back bed did very poorly this summer and needs amending so I added about 2/3 of the compost to that bed. 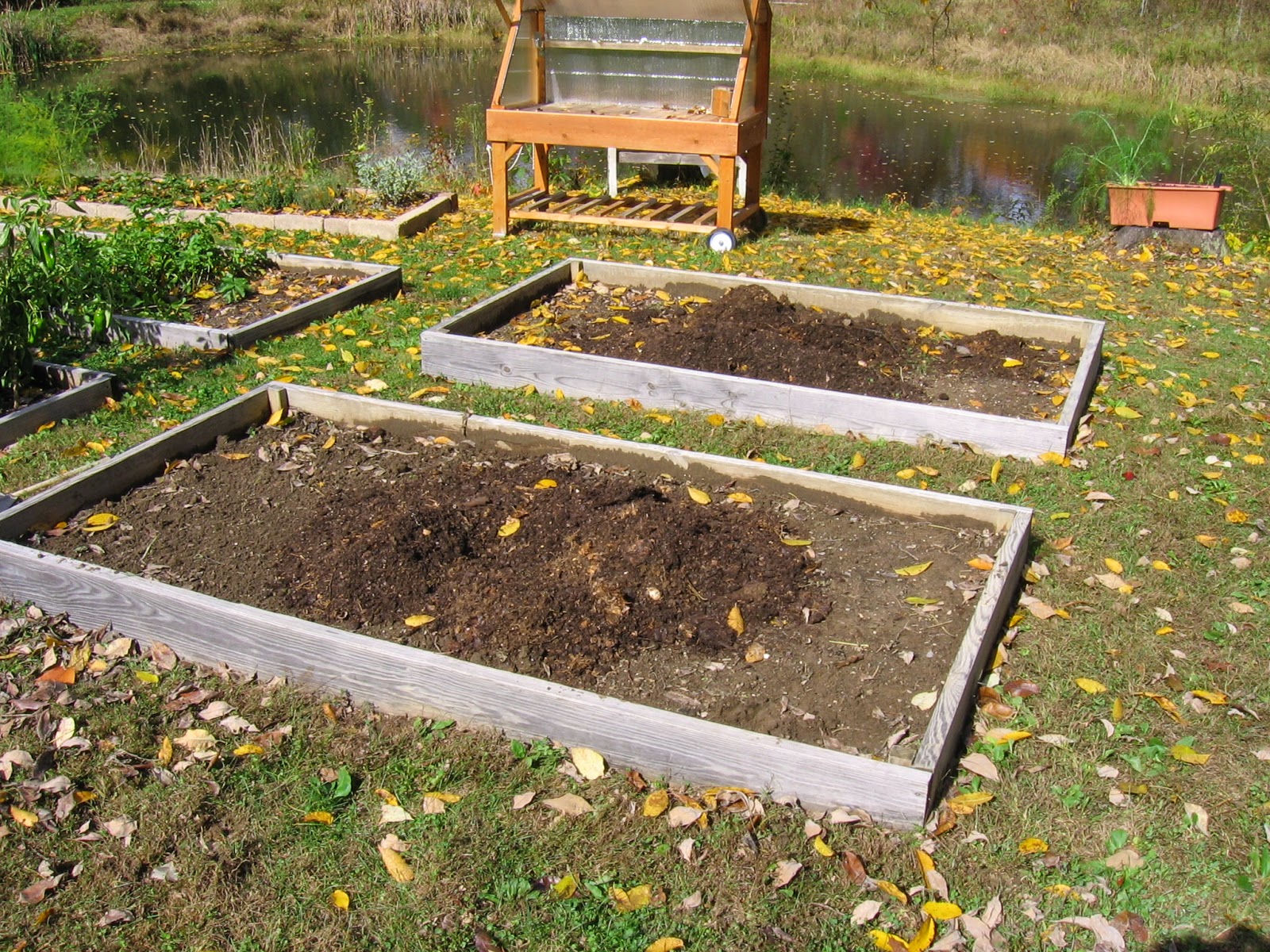 Instead of digging the compost in I am trying a no till approach with these beds.  The compost was spread out evenly and a weed fabric was pinned in over the compost.  Since these beds will be planted with seedlings started indoors the soil won't need to be a fine tilth.  The fabric will allow the passage of air and water. 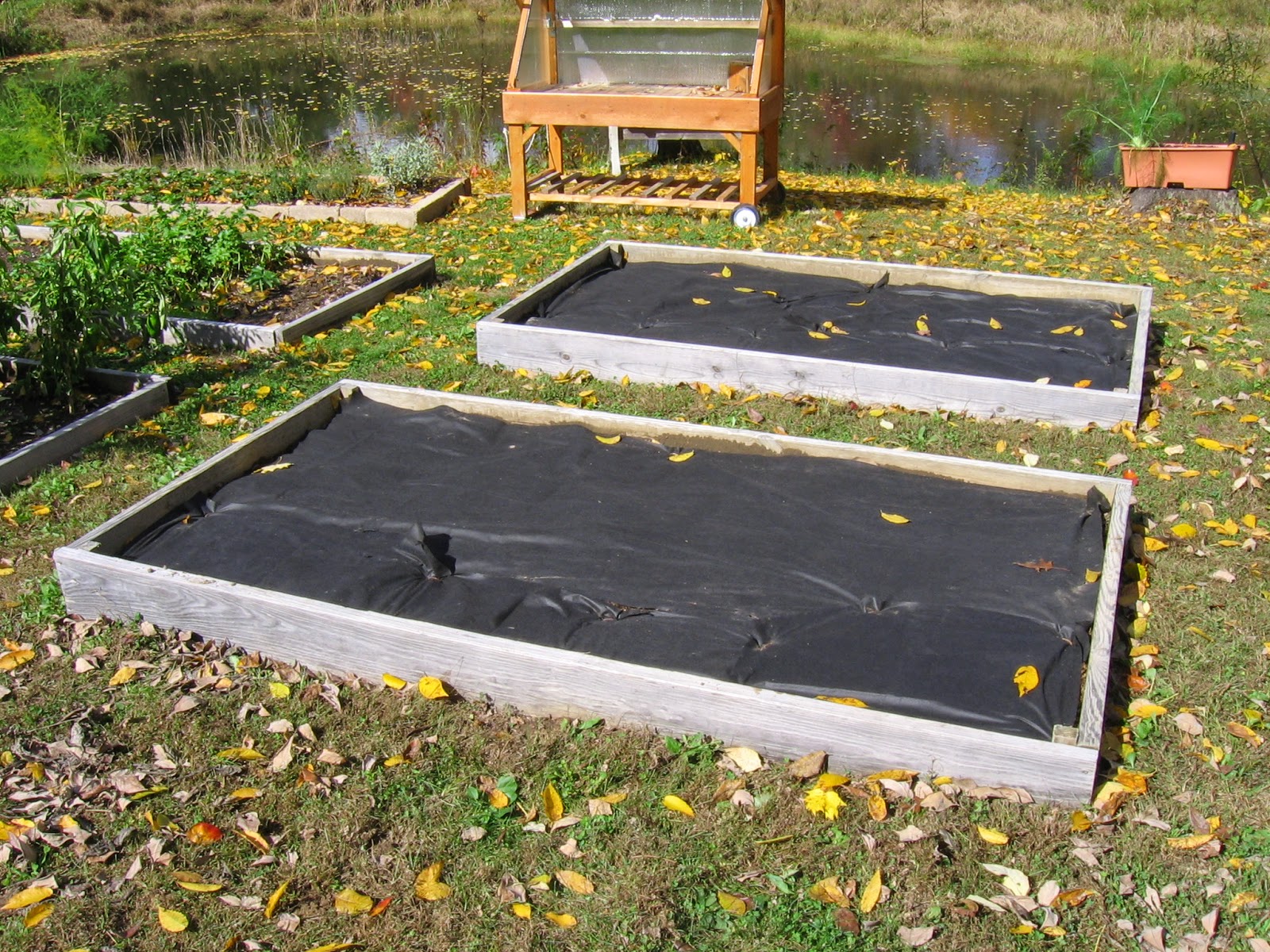 There were leaves to rake this weekend, mostly from the ash trees.  The leaves were shredded and put on top of the fabric.  I'd like to add a few more inches of leaves before winter, but this is a start.  The shredded leaves will provide a nice layer of insulation for the winter.   I like to keep the worms happy. 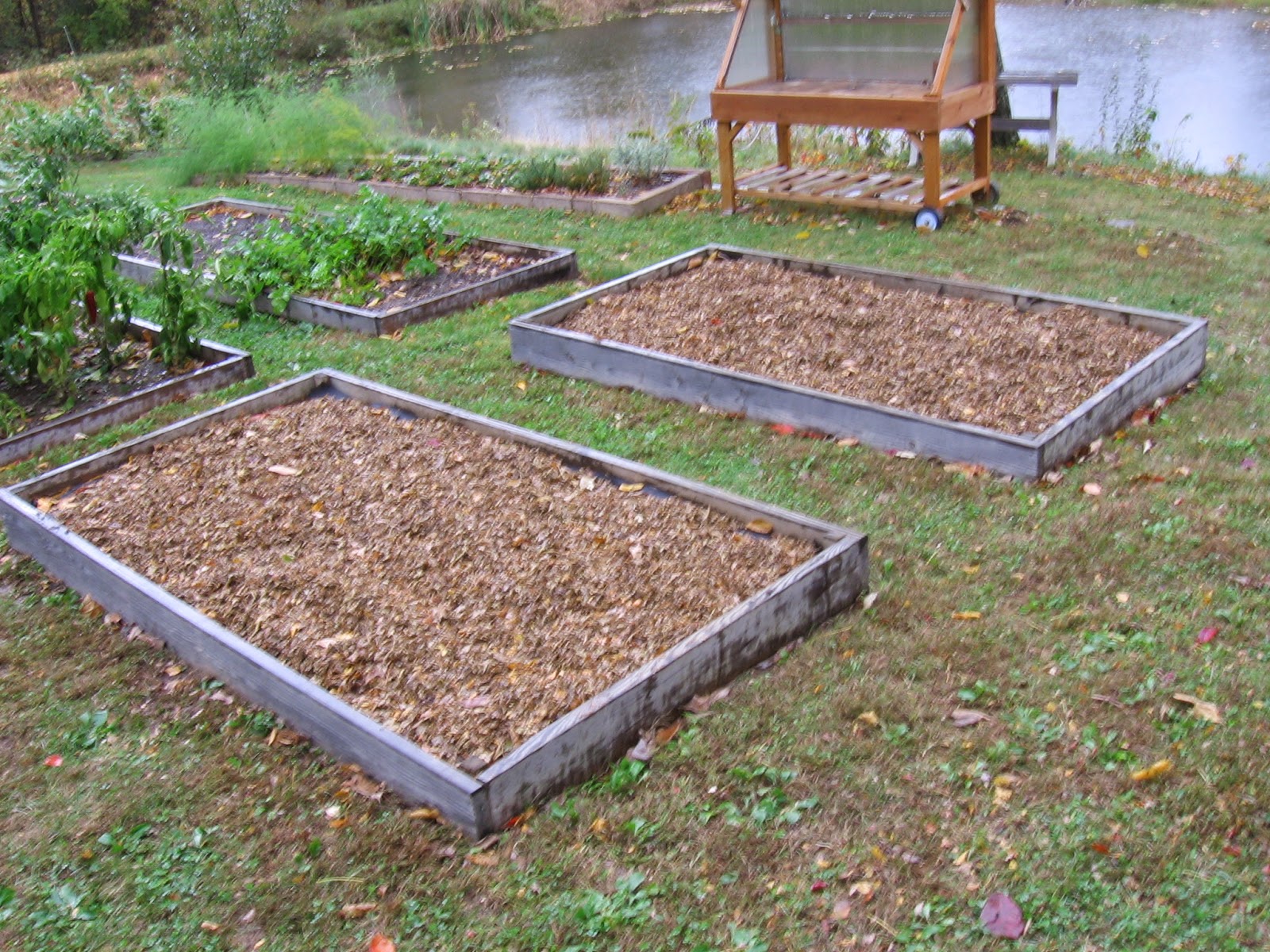 Finally the compost bin can be consolidated into one stack. 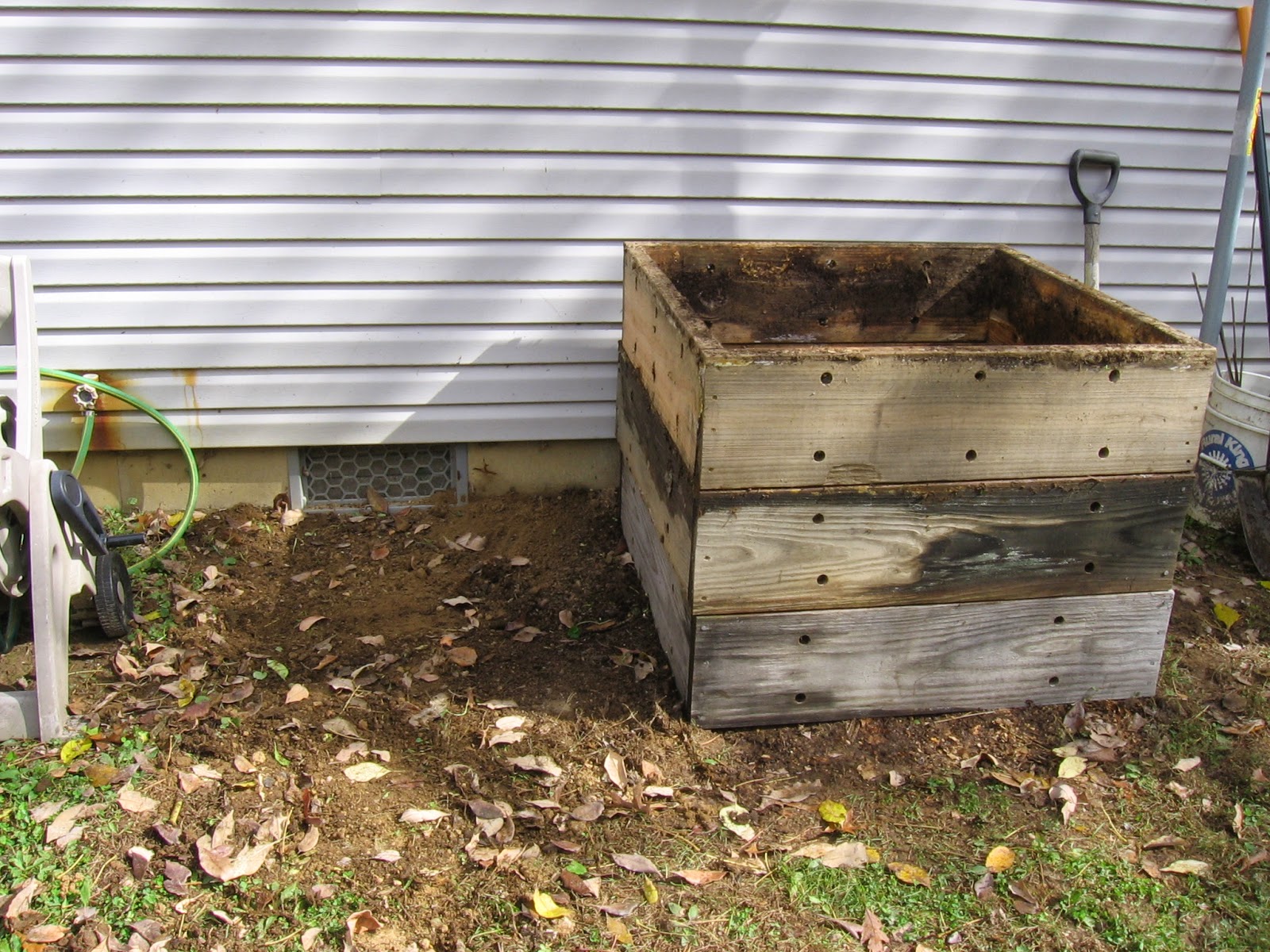 Posted by gardenvariety-hoosier at 5:02 PM

I'm a great lover of leaves too, but I don't use them as well as you do. They just get added to the compost.

This all sounds very well-organized! I get more leaves in my garden than I can handle, not only from my own trees (which include a Maple), but also loads blown in from the trees on the other side of the road. I am putting off the "distributing compost" task for a bit longer - maybe during the Christmas holidays...? It's not something I enjoy!