There's one vegetable left to harvest - parsnips.  And this weekend, which was actually warmer than average, offered an opportunity to dig some up.  The midwest has been bearing the brunt of the polar vortex for about a week and the soil had frozen somewhat but this weekend it thawed out.

In the same bed with the parsnip I planted four rows of spinach in mid-October for picking next spring.  The spinach did not get much of a start before the cold and snow hit but they should be fine.  I planted two rows of Bloomsdale and two rows of a Renee's variety called La Dolce Vita.  The Dolce Vita is a large leaf spinach which is very slow to germinate.  Much of it has not come up yet but the Bloomsdale is established well. 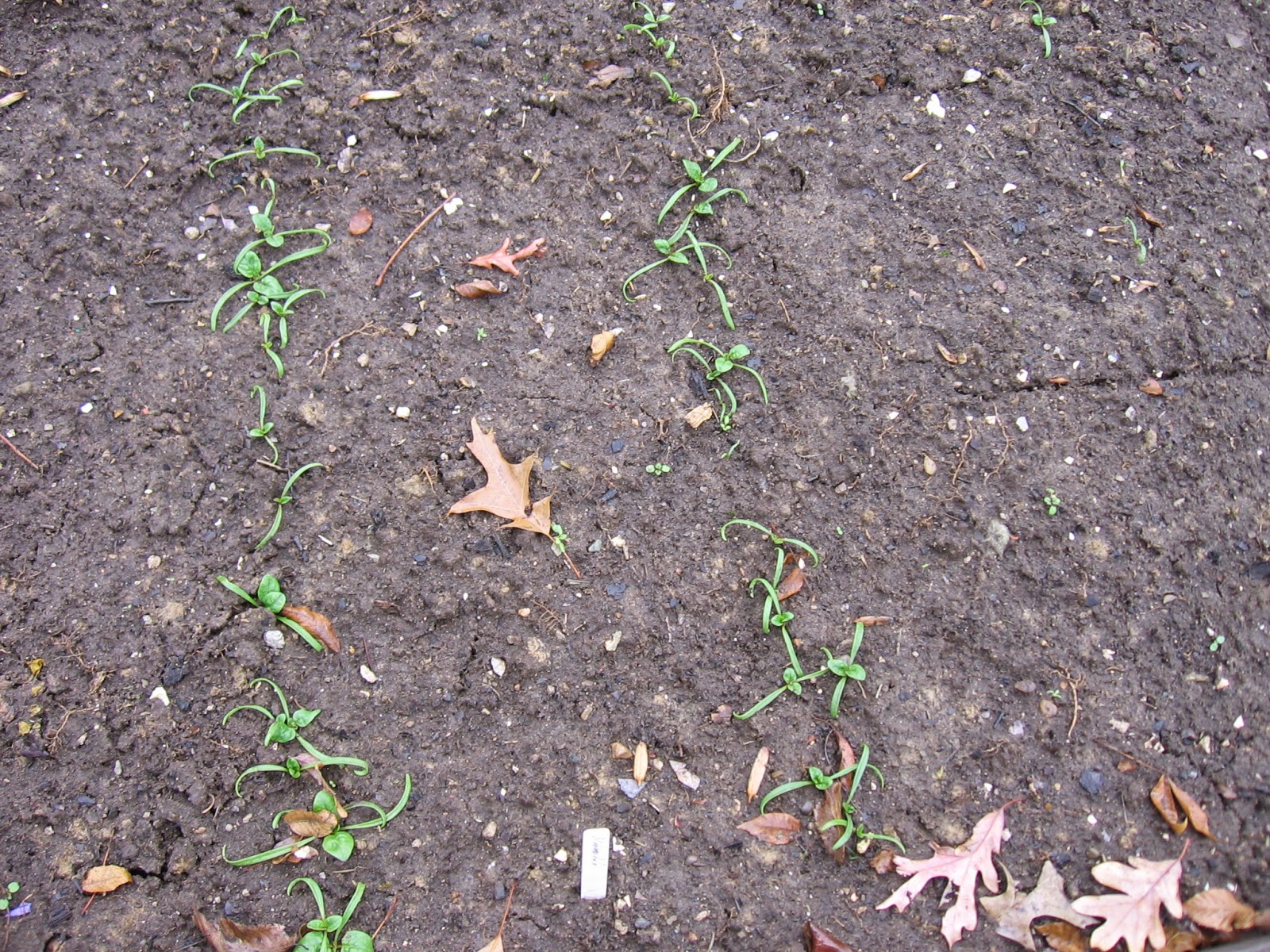 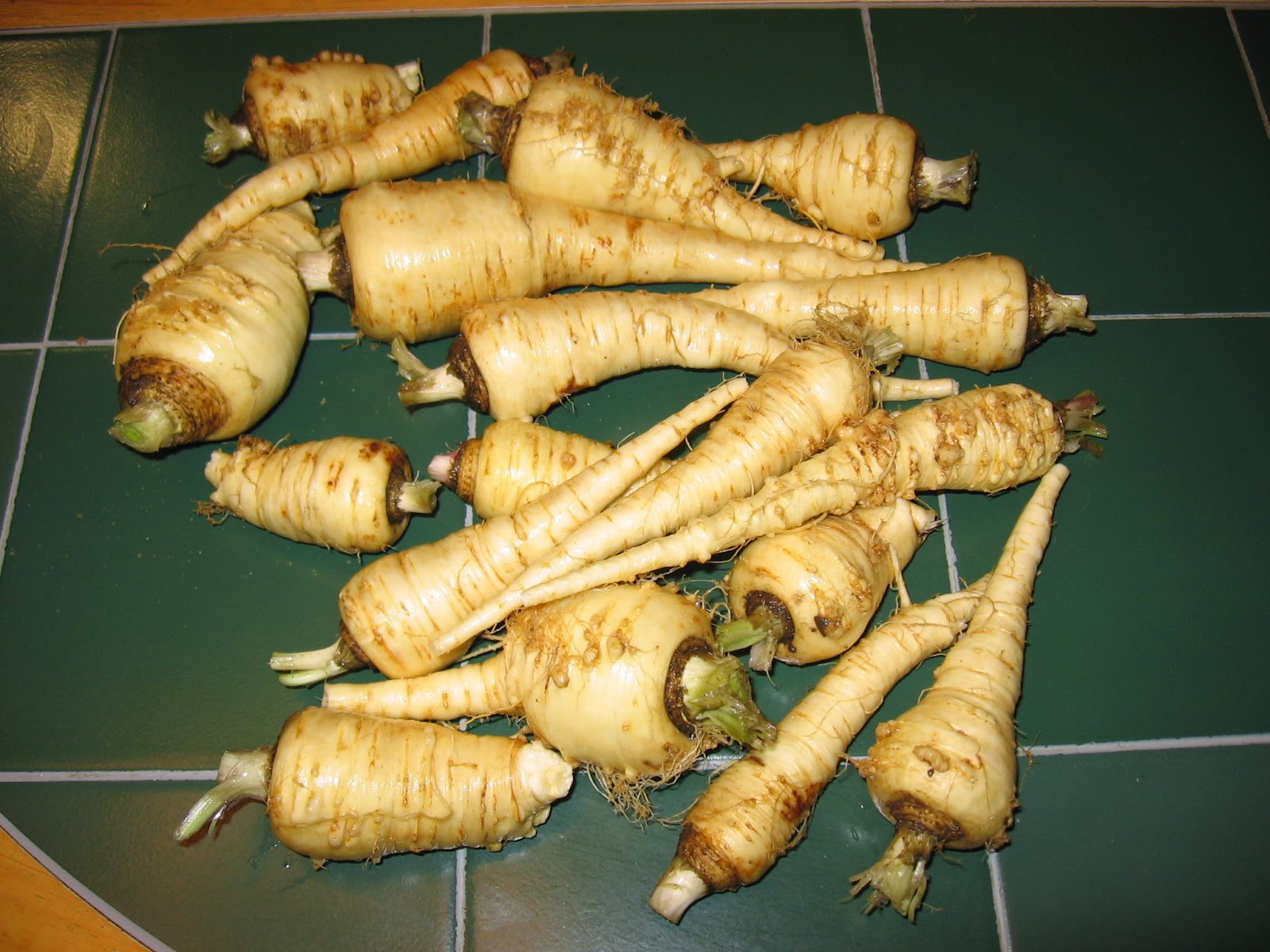 It's only about 2 and 1/2 pounds, and the quality isn't very good.  Just not a good year for snips, I guess.  Cleaned up and peeled they will be roasted with a pork loin.
Posted by gardenvariety-hoosier at 5:54 PM

My parsnips weren't all that good either. But they were OK once peeled even if not prolific. I'll take what I can get.

Don't want to brag TOO much, but my Parsnips are doing fine this year - very straight and clean so far. I put this down to the soil-preparation. They are in a bed with lots of sand in it, which seems to suit them well.

I'll be interested to see how your spinach does - I was wondering what the timing would be for sowing them (i.e. how old the seedlings had to be) before winter struck. I didn't get around to planting any although I did purchase some seed for the very purpose of overwintering...I guess I will have to wait until next year.