What a year.  80 degrees in March, a week of 100+ degree temps in July, drought, now November weather in September and October.  It was only a matter of time until an early frost, and this morning its time had come.  The butternut squash had the worst of it.  This is the plant that I seeded in early August after the first plant died.   Despite the frost predicitions I decided to leave the three butternuts on the vine since they were not quite ripe.  It was a light frost and the fruits are probably OK but the leaves don’t look like they will recover.  I’ll leave them on the vine until another frost is likely. 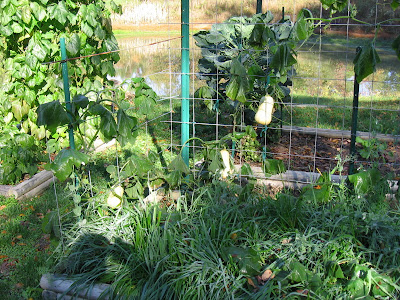 The tomatoes and peppers handled it the best, with only some of the younger shoots affected.  Both plants have been producing little the last few weeks.  Last night I picked any tomatoes that had a red blush on them, but it looks like some more will ripen if there is more sunshine.


The beans were damaged too.  This picture was taken this morning.  At mid day a second look makes me think they are mostly a loss.  I’ve gotten almost 20 pounds of snap beans this year so I can’t complain. 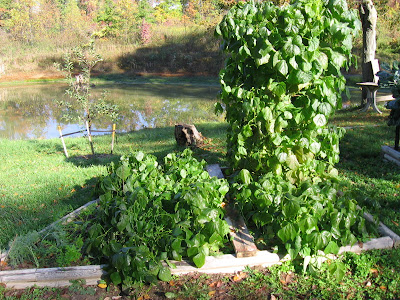 I picked the ripe peppers last night.  Most of these are anchos.  They were put in the dehydrator overnight.  There are many more green anchos on the plant but they just haven’t ripened in this cool weather. 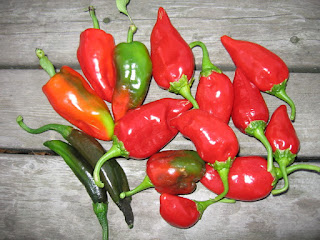 These are the Supersonic tomatoes that I picked last night.  They too have been very slow to ripen and they show it – lots of cracks and blemishes. 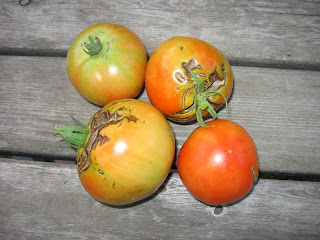 These are beans that I picked on Saturday.  From left to right:  Provider, Kentucky Wonder, and Roma II. 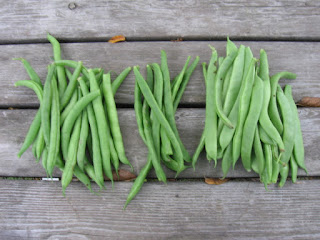 And brussel sprouts.  I probably should have picked some of the lower buds some time ago since they were showing some rot in the outer leaves.  They are supposed to be better after a frost so this morning I picked some.  After the brown stuff is removed they taste fine.   Nice to know there are lots more where these came from. 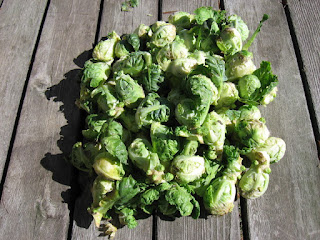 Looks like the frost really descended on your garden. You had a good run on most things this summer though - despite your heat and drought conditions. It's been getting quite cold here at night but not near to frost/freeze levels yet.

Its nice to hear the tomatoes were able to survive. Mine survived low 40s, but we've been no where near freezing. I'd wonder how low they could go.

Your brussels sprouts look very tasty! I hope to grow some next season :-) Congrats on a great harvest!