Mother Nature has the last word

I haven’t posted anything on the garden in a while because there’s not much going on.  The early October frosts mostly finished off the warm weather crops.  There were two frosts, both of them light, and some of the plants hung in there a while but are done now.  Beans and okra are out of the beds, the butternut squash are hanging on the trellis but the plant is dead, the tomatoes are ripening too slow and the rot gets most of them.  Only the peppers made it through, and it looks like I can pick another batch of anchos for drying.


Needless to say, but if we hadn’t had those two frosts I’d still be getting beans, okra and tomatoes.  It’s been warmer than normal since then and there’s no frost likely until this weekend.


There’s still a bed of cabbage crops and several rows of carrots.  The beds only get 4-5 hours of sunlight on a clear day now, with the woods coming into play in the morning and evening.  With a little luck I’ll get some spinach, chinese cabbage, tatsoi and kohlrabi.  And more brussells sprouts.  There’s a half bed of parsnips waiting for some real cold weather before they are dug up.


Fall is very nice in these parts.  One of my favorite roads is Low Gap Road, which cuts through a state forest.  The drive to the hiking trails goes through some bucolic countryside, with hay fields and pastures walled in by hills in multicolor.  There’s a sense of going back in time when I go down this road. 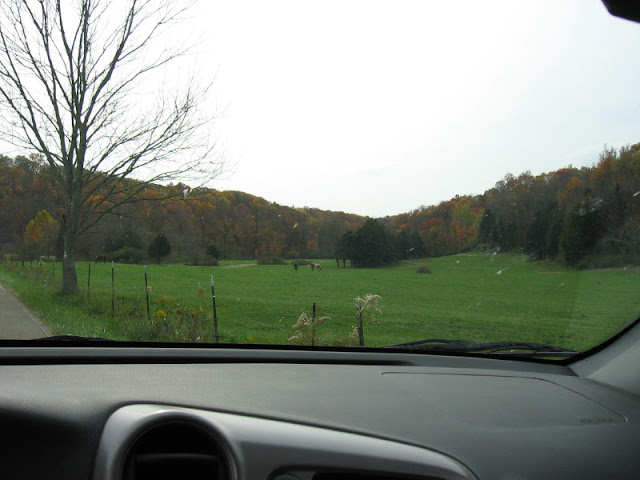 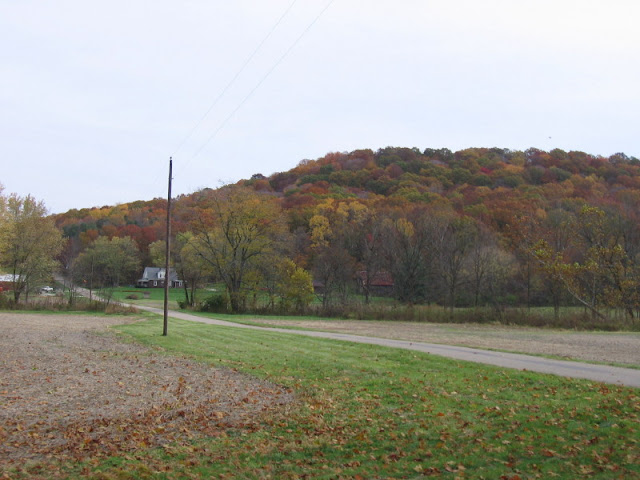 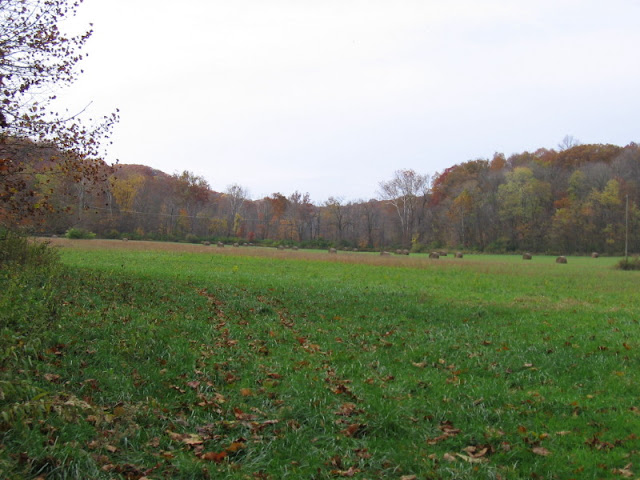 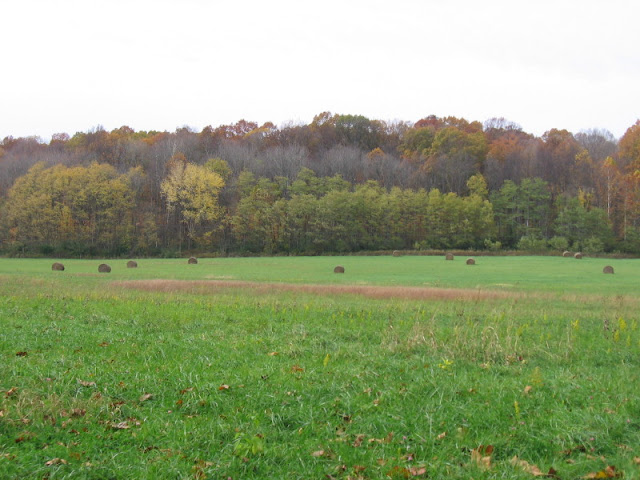 Posted by gardenvariety-hoosier at 12:25 PM

That is indeed gorgeous countryside. I love areas like that. We have some areas around us that are similar but the forests have bigger trees and are more evergreens (although nicely mixed with others like big leaf maples). When you step into the forests they are like a magical place with moss and lichens growing/hanging from the trees, and trees growing out of the fallen trees. If we go further out to the otherside of the Olympic peninsula we actually are in rain forests which are even more amazing. Really something to see and experience. The farmland and roads leading into the trail areas are much as you pictured here. So beautiful.

Your garden sounds like it is in the same general state as mine at the moment.