In a temperate climate winter comes on gradually and that gives one time to adjust to what most (sane people) consider an unpleasant season.  The change from winter to spring can be sudden.  It’s winter and then one day it’s over.  I’m not complaining, just observing.  Two weeks ago the day began at zero degrees Fahrenheit with a heavy cover of snow everywhere.  Since then the weather has been more like April or May, the snow is gone and the ice on the pond has nearly melted away.  Thursday was sunny and breezy.  It was time to get to work in the yard. 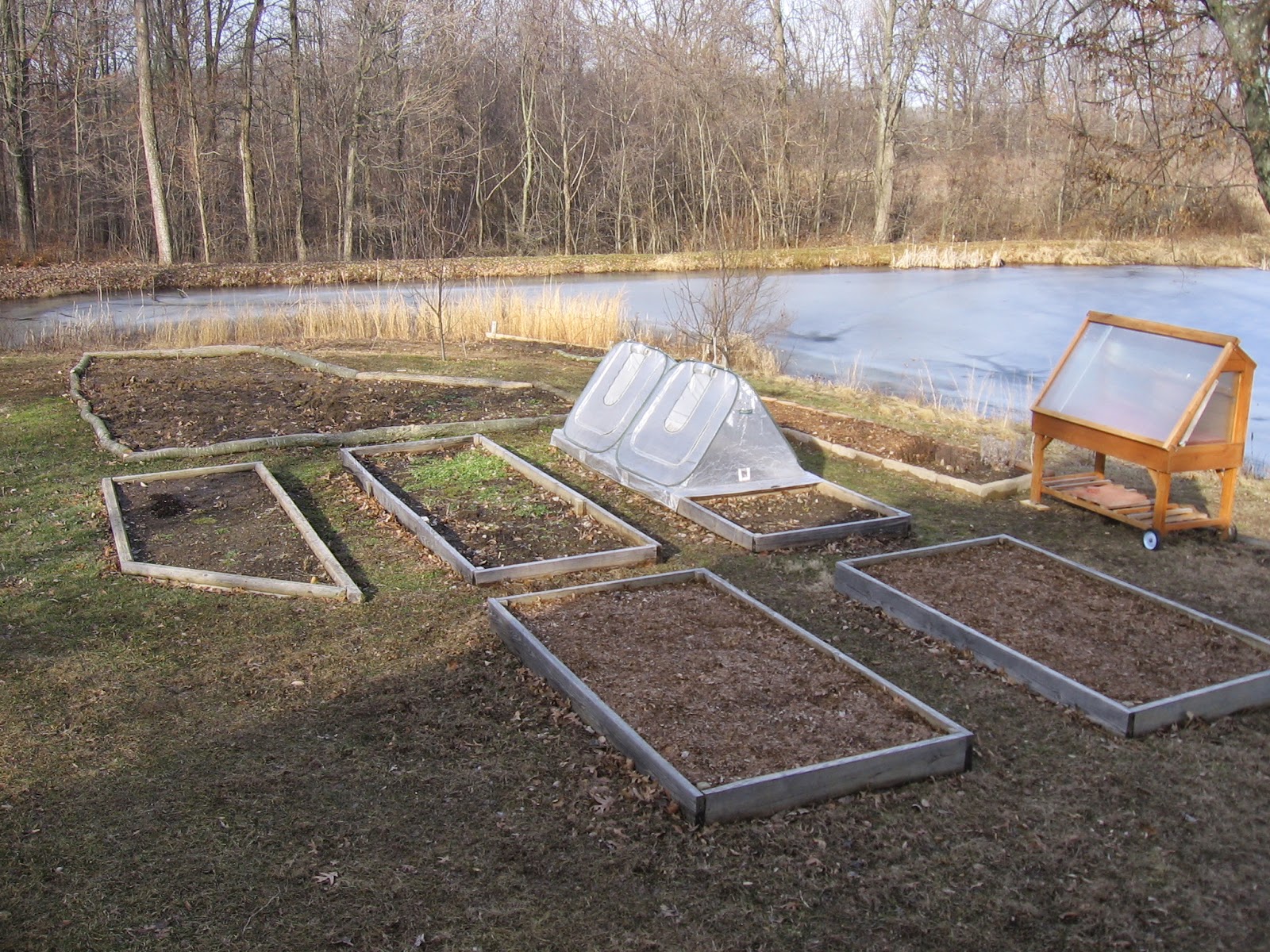 Wednesday I wheeled the mobile cold frame to its spot in the yard.  I built the cold frame a few years ago as a prototype and have modified it several times to its present form.  The bottom and back side is lined with Reflectix insulation, basically a silvered bubble wrap.  I like this material for the cold frame because it not only insulates but reflects light back on the plants.  The glazing in the front and sides is twin wall polycarbonate, commonly used in greenhouses.  It transmits light well, insulates about as well as double pane window glass.  It’s very light and virtually unbreakable. 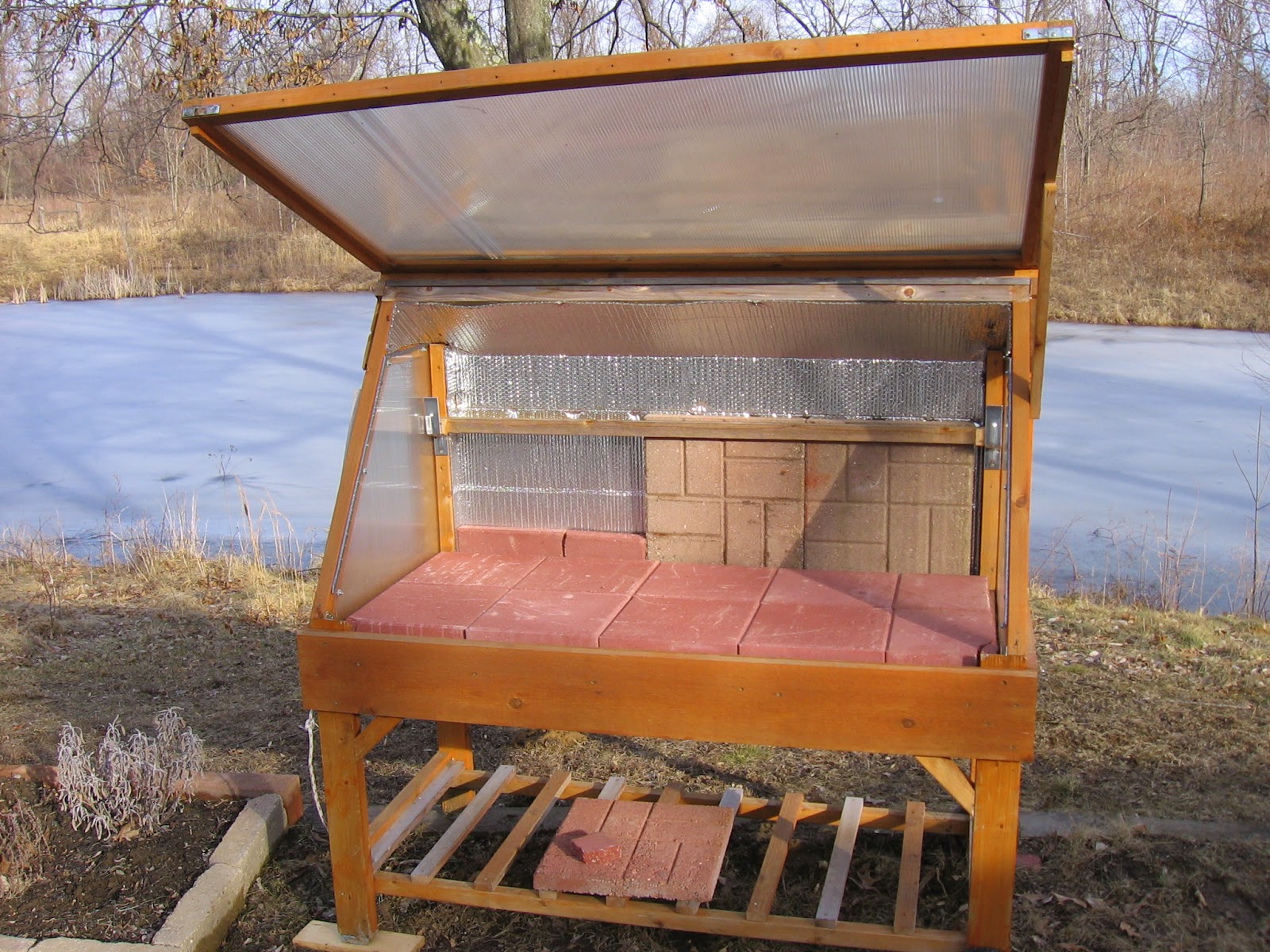 The bottom and back of the cold frame have been lined with concrete pavers to absorb the warmth of the sun.  On a cold night the thermal mass of the pavers will release their stored heat, and with the front panel closed the inside of the cold frame will stay several degrees warmer than the ambient temperature.  The cold frame can actually perform too well.  On a clear sunny day the front panel must be cracked open or the interior can reach temperatures well over 100 degrees F, enough to stress or kill any plants inside. 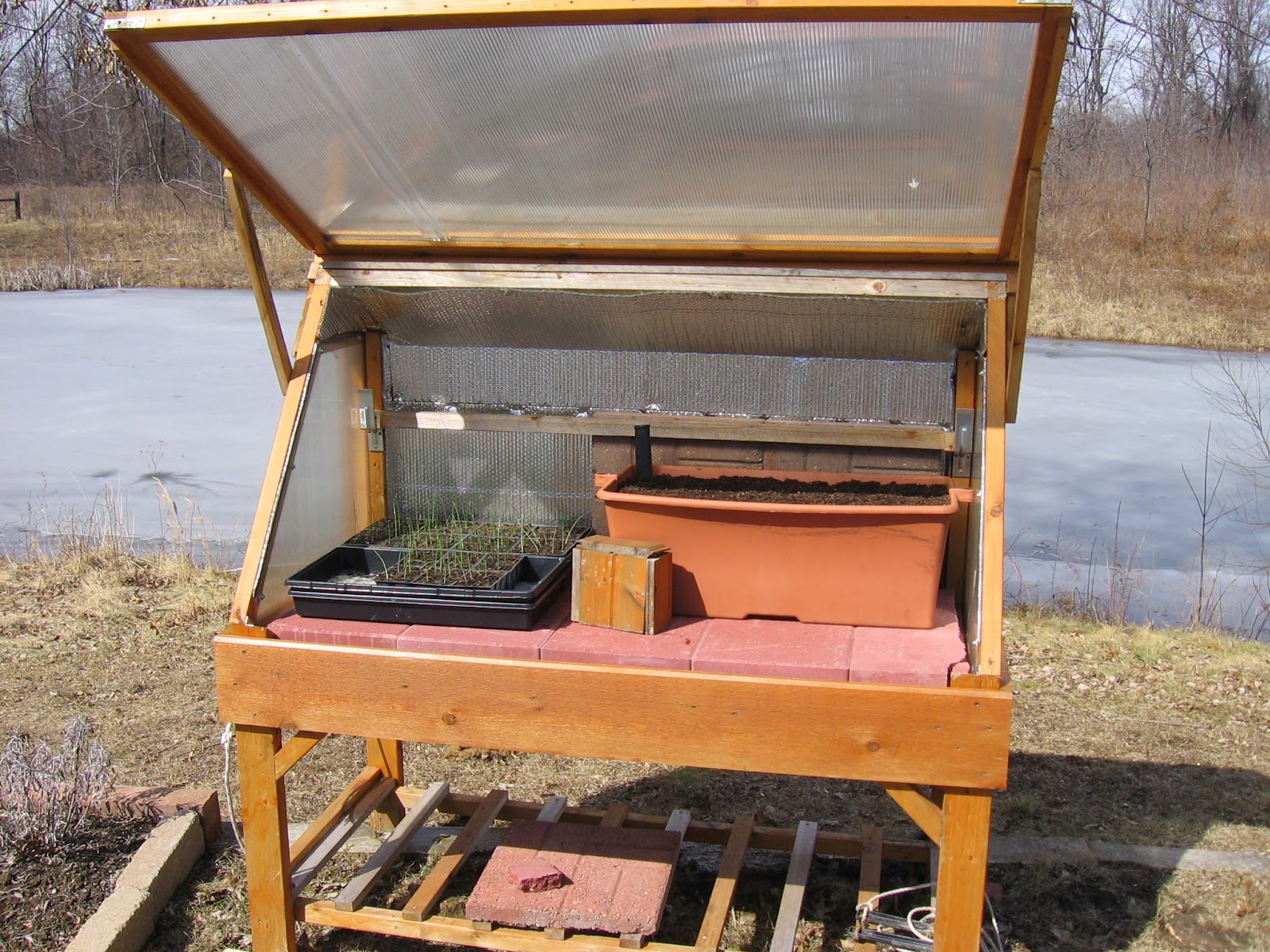 The onion seedlings were set in the cold frame.  I like to get them into the cold frame as soon as possible, one reason being that space is needed under the lights once seed starting begins in earnest.  The Ruby Ring onions are long-day onions and it seems that it is better to get them into sunlight and the natural day light cycles as soon as possible, before their internal clocks get confused by the artificial light cycles.  While the onions were inside under the lights the timer was set to 12 hours on per day, fairly close to the daylight period at this time of year.  Now that the onions are in the cold frame the light timer can be set to a 14 hour light period.  The first set of brassicas, seeded two days ago as well as the lettuce seedlings  will appreciate the extra hours of light.

Another task was setting up the Earthbox for lettuce.  This year I plan to grow all the lettuce in the Earthbox and a self-watering container (SWC) that I made.  Not only is container lettuce more vigorous, it is much cleaner than lettuce grown in a bed, where the soil splashes onto the leaves, and I hate washing lettuce.  I modified the Earthbox by inserting plastic pots into the two cavities in floor of the box, which are designed to wick water up from the reservoir into the potting mix. The plastic pots restrict the flow of water into the potting mix.  I have found that without the pots, the plugs of potting mix in the cavities draw up too much water and saturate the mix. 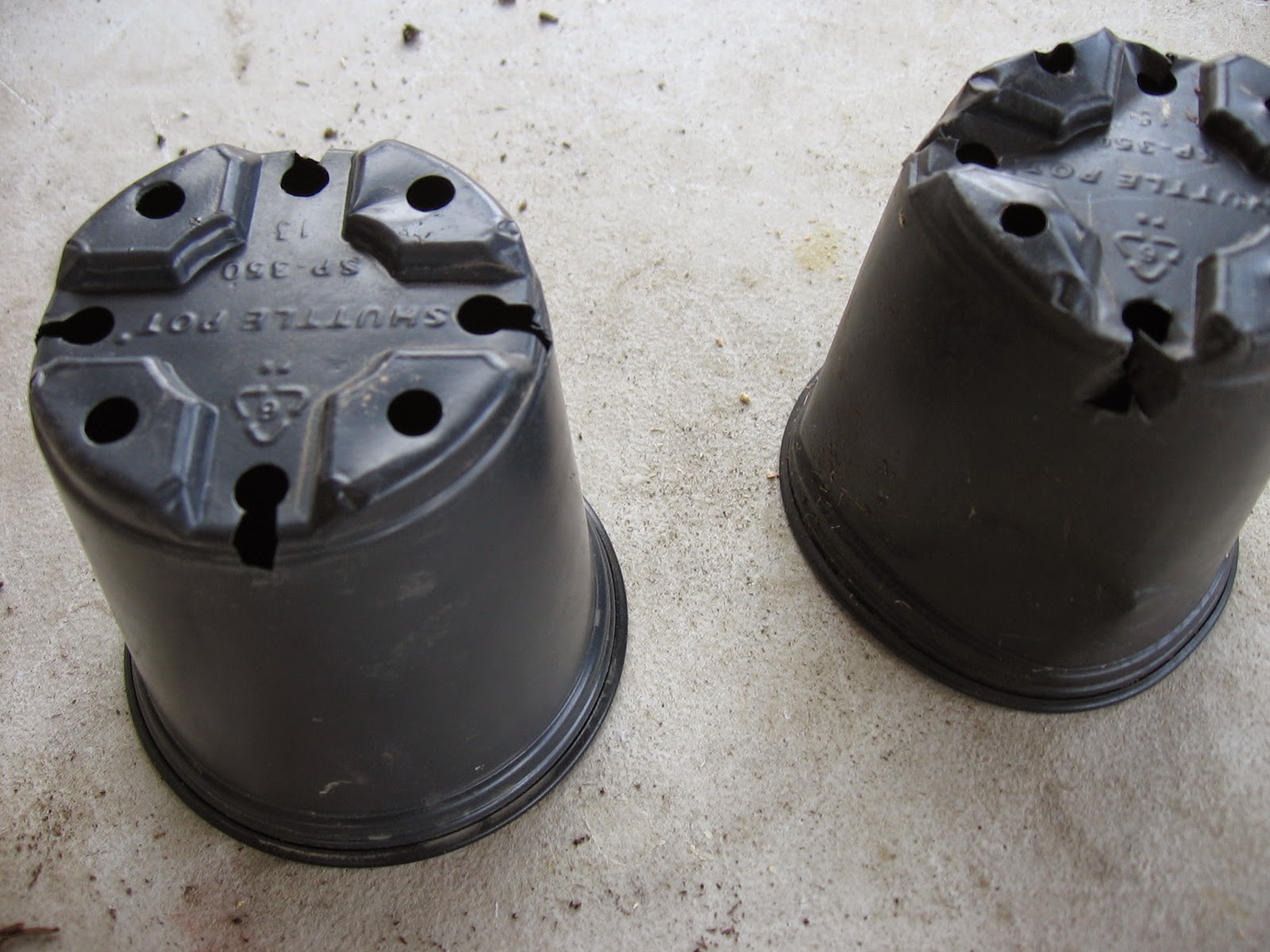 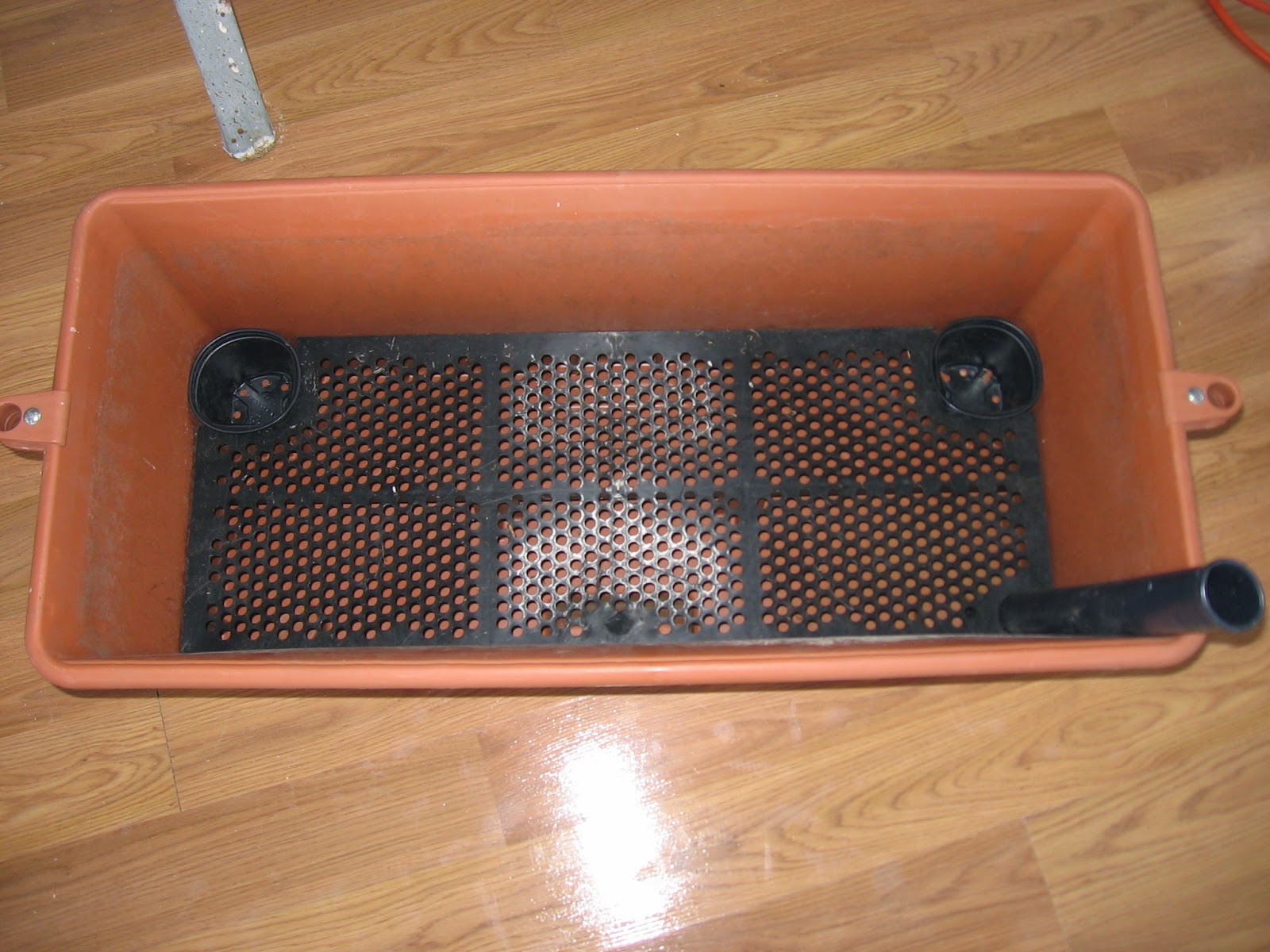 I also put a piece of landscape fabric on the screen to keep the potting mix from falling into reservoir below.   The box was filled with potting mix that was saved from last year.  I made a groove down the center of the mix with my hand and added a couple handfuls of fertilizer.  Several varieties of lettuce were seeded.  In a few days I will transplant the lettuce seedlings growing under the lights into the Earthbox.  From this point on I will just seed lettuce directly into the SWC's. 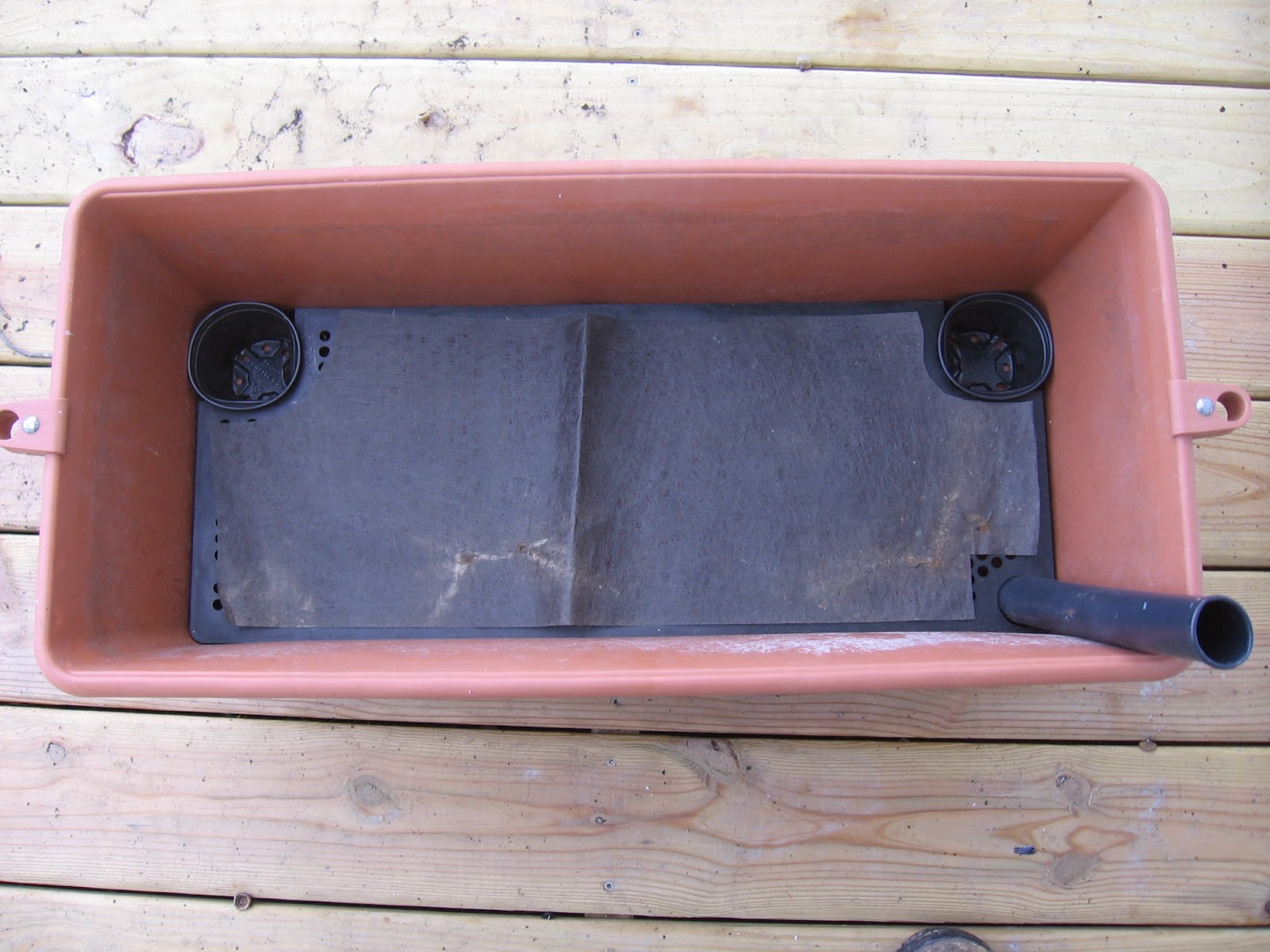 It looks like vegetable growing is officially underway. In a week or so I expect to pick the first of the overwintered spinach.   The asparagus that was planted last year grew well over the summer, and I expect to harvest at least a few spears before letting the remaining shoots grow.  That may take some willpower.  Then comes the lettuce, and it won’t be long before the first kohlrabi are ready to pick.

There was one more task done on my workday - pruning the two apple trees, which are in their fourth year. Being a pruning neophyte that's another post altogether.

Posted by gardenvariety-hoosier at 3:46 PM

I always enjoy reading about the science in your gardening ventures! I will be interested to see how your Asparagus does. This year I am growing a few Asparagus plants from seed, in order to fill in some gaps in my well-established bed. So far only 3 have germinated from a total of 12 seeds sown.

I see your snow has completely vanished - ours is most of the way there, but there are still some patches about. I really like your portable cold frame - what would you say are the advantages of using one like that vs. doing a portable cold frame over a raised or garden bed?

Margaret - one advantage is that it doesn't take up space in the beds. And it's a lot easier on my back, having the plants at countertop level.

I agree with you on the container-grown lettuce. Tried that last year and the lettuce really liked it. Plus the convenience of being able to just step out on the deck and pick a salad and not have to drive to the garden.