Spring is definitely in the air, which is 73 F (23 C) right now.  Certainly it's a nice change from the cold.  Garlic has sprouted, and the overwintered spinach is now growing, enough that it was time to thin. 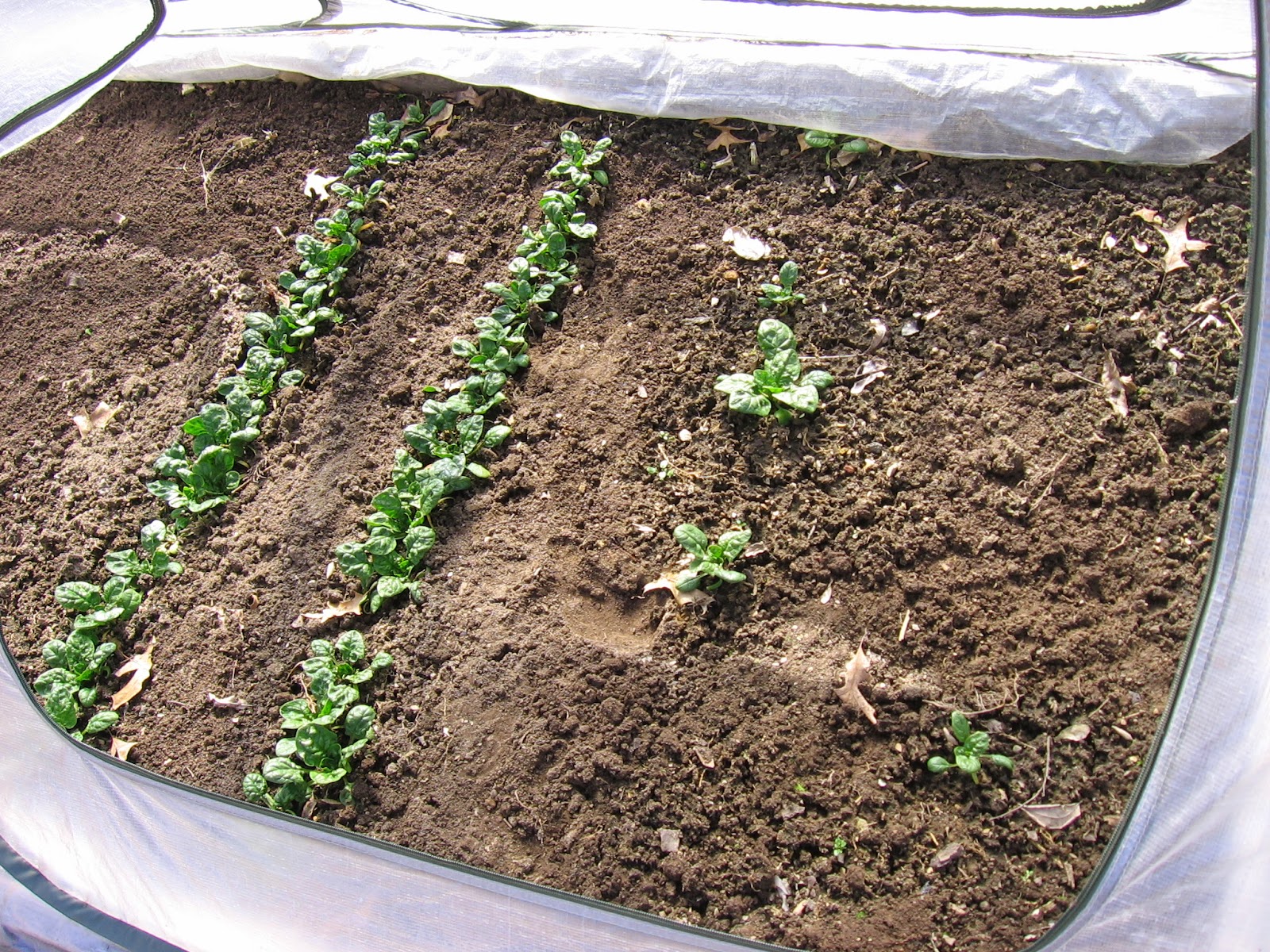 The two rows on the left are Bloomsdale spinach, which came up well.  Only a few of the Viroflay spinach seeds germinated.  Today some Burpee's Double Choice spinach was seeded in the spaces between.  I thinned the Bloomsdale spinach as it was getting crowded, probably took out about half of the plants.  Might as well eat the thinnings, a mighty 3 ounces of baby spinach.  Oh they are good, buttery and sweet.  Tomorrow they will go into some eggs and cheese.  That's the official first harvest of the season. 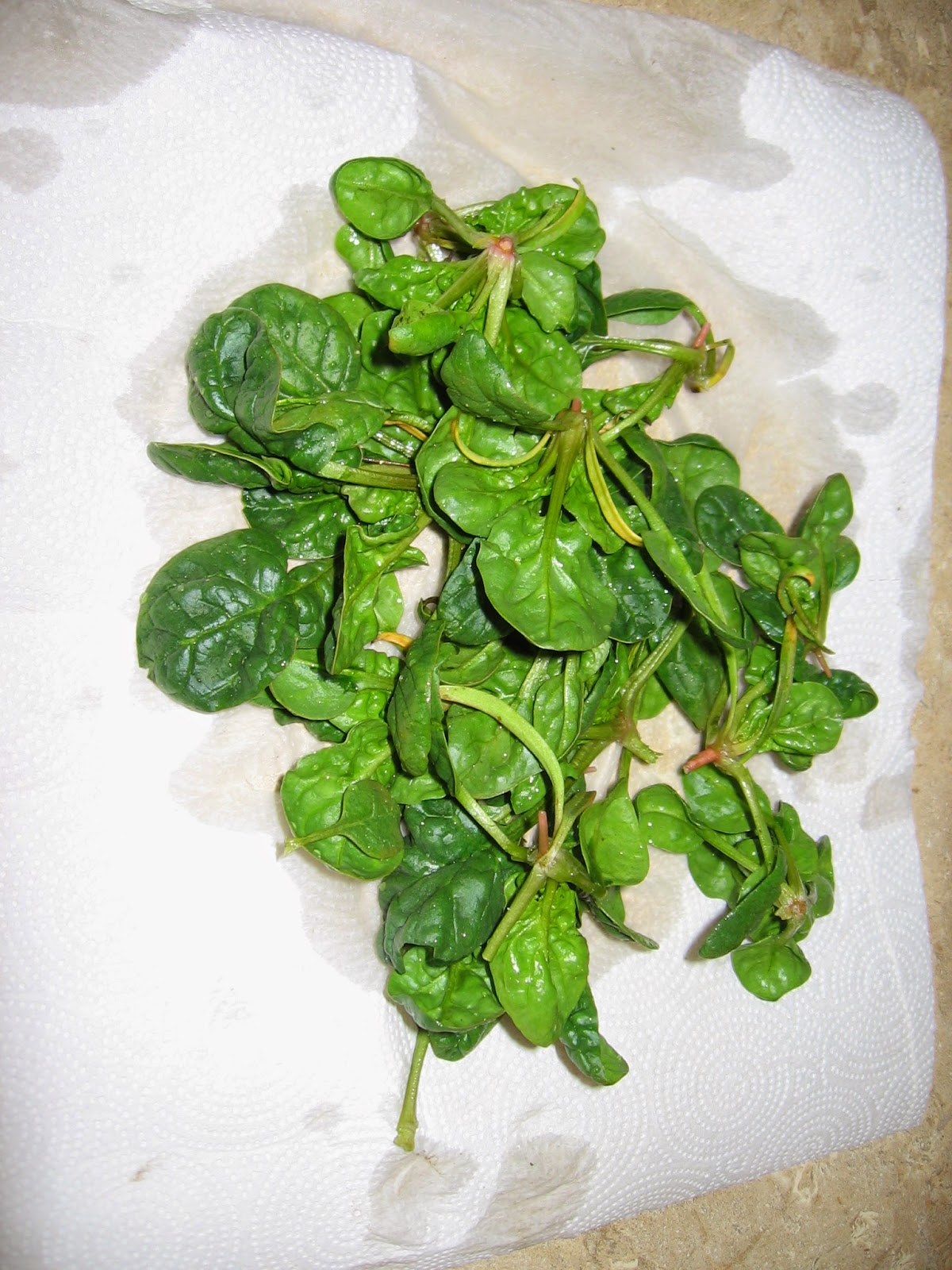 It was another work day.  The newest area of the large bed, on the left, badly needed improvement.  The soil is mostly clay.  Saturday I bought a cubic yard of compost and added about half of it to the clay.  It was turned over once with the shovel.  The ground is still very wet but was workable. Then I seeded the area that will grow squash and sweet potatoes with inoculated Austrian field peas and raked it over. 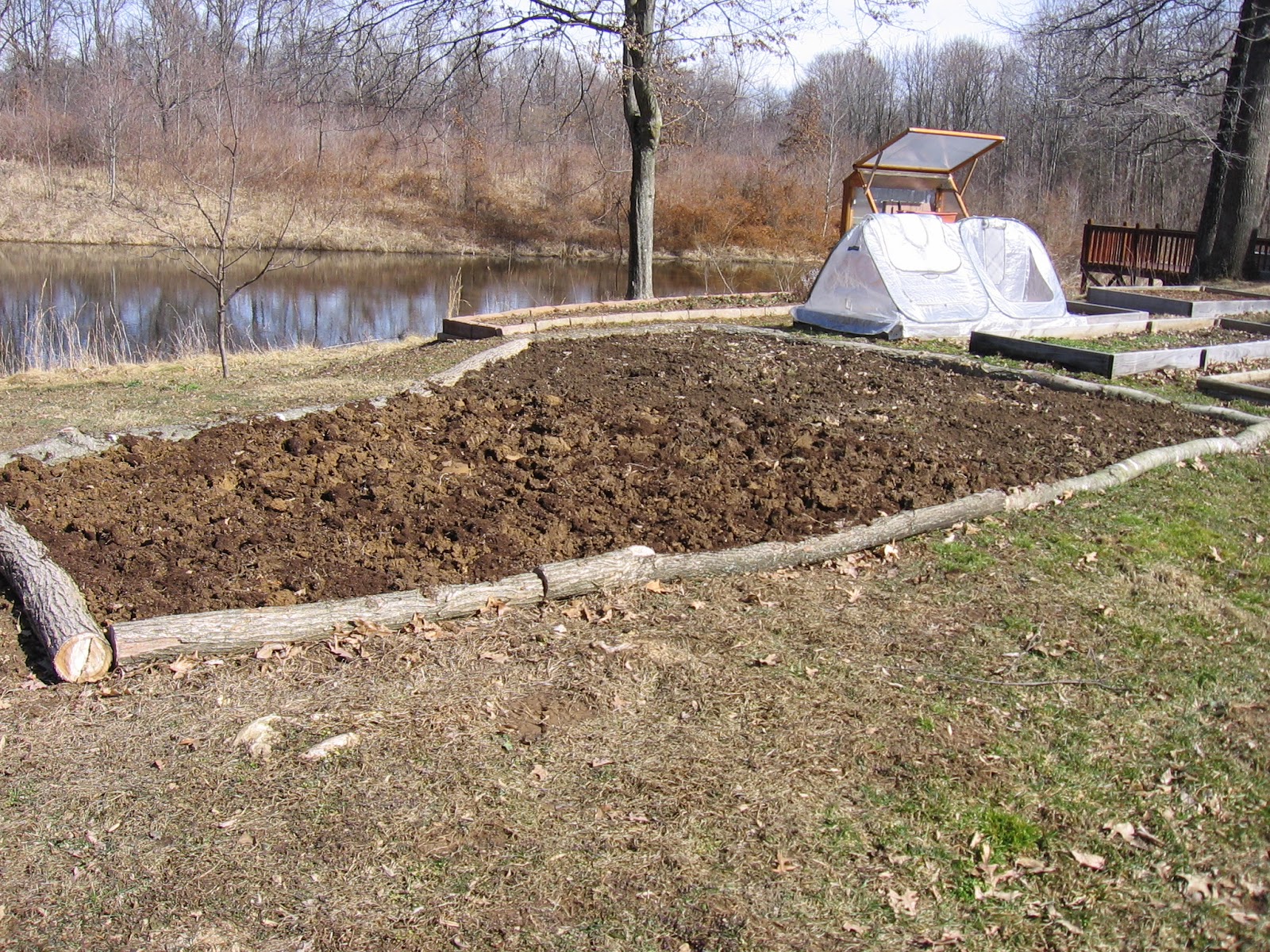 I don't like to buy compost but it will take years to produce enough on site to make that area friable.  I'm hoping the field peas will fix some nitrogen and break up the clods of clay with their roots.  They will have about two months to do their work.

Lettuce seedlings were transplanted into the Earthbox, four looseleaf and four bibbs.  The left side of the container was seeded with lettuce a few days ago and should germinate any time. . 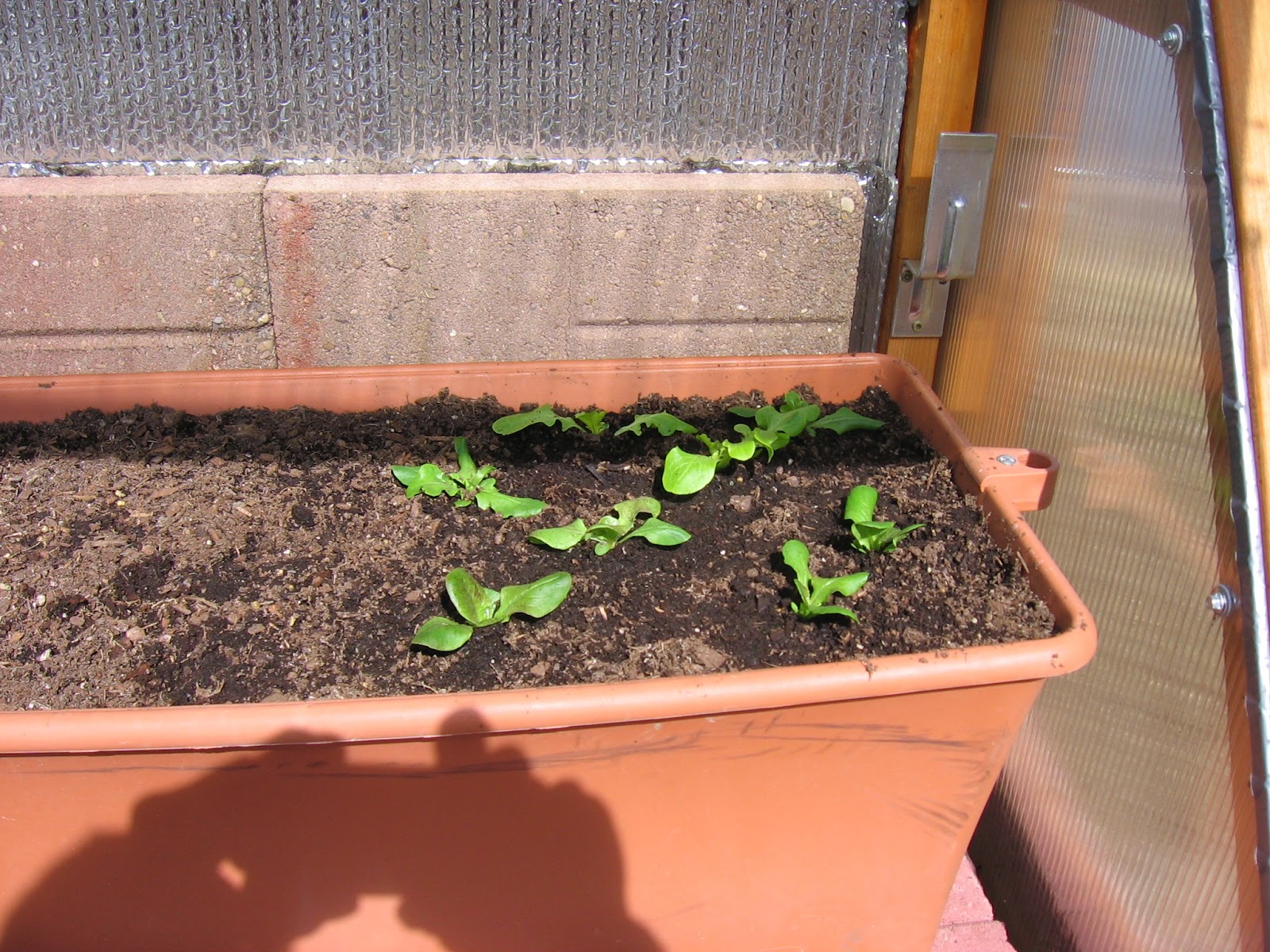 It looks like things are under control for the time being.  Maybe I can get back inside and resume work on the kitchen.
Posted by gardenvariety-hoosier at 5:34 PM

Congrats on the first harvest. Mine will be a while this year.

The first harvest - how exciting! And at 23C - it must have been wonderful working outside.

I'm not going to compete with you on the spinach. That is one of the crops with which I have most difficulty. 3ozs would seem like a good crop for me!

Wow, 23 C, sounds fabulous! I'd be thrilled with that harvest right now (we're going down to -11 C overnight).