Saturday morning we got another downpour – two inches.  Nature has gone from dirt brown to verdant green in a few weeks.  I won’t need to water from the pond any more this year.  And I’m thankful for that.  Watering during the drought was a real chore.  The watering itself was drudgery enough, about a solid hour and then some to water the vegetable beds, flower beds and dying grass.  Before watering I had to set up the pump and intake line on the banks of the pond, actually below the riprap line to reach the water, run 150 feet of hose and prime the pump.  In the heart of the drought I was watering four or five times a week.  Don’t miss it a bit. 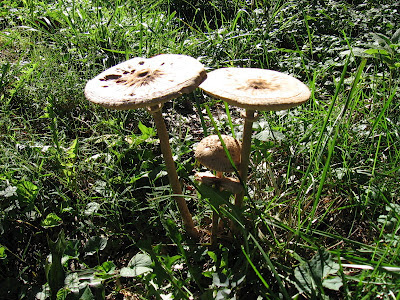 The mushrooms have exploded after the rains.  It’s a ‘shroom bloom.  I don’t know what kind they are.  There’s only one fall mushroom that I can positively identify and will eat – the shaggy mane.  When picked fresh before the caps open at the bottom I think shaggy manes are as good as morels. 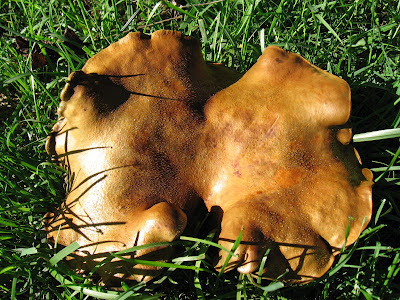 This was a slow week for harvests.  I got the usual suspects.  The only new addition is some Dragon Langerie beans.  Beans are the heavy producers right now, with the Roma beans doing the heavy lifting.  The Roma II’s can really produce.  The tomatoes have been slow this week and the end may be in sight for the summer squash and cucumbers.   In about a week the next patch of beans will mature and it’ll be a bean deluge. 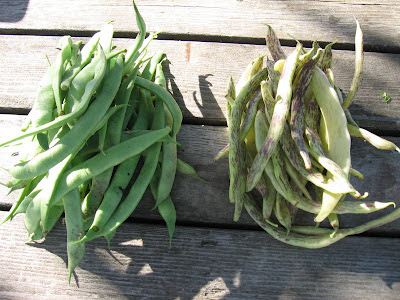 I’m keeping my fingers crossed that the ancho pepper plant will mature its peppers before the first frost.  This plant is the 800 pound gorilla of the pepper patch and is like a small tree.  The branches are loaded with peppers and had to be staked to support them.  If they ripen I’ll dehydrate them for chili fixins’. 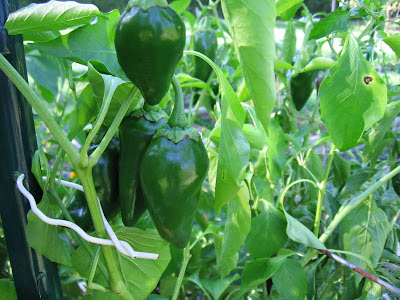 Posted by gardenvariety-hoosier at 5:37 PM

So jealous of your peppers! Beans also look good :)

'shrooms, how cool, wishing they would grow here. I can't identify any of them with enough certainty to be safe; so stay away even from those that look like ordinary store ones when they sprout in the compost. We got a bit of rain too, so not having to water this week, but next week could be a different story.