Tomatoes and Peppers are in the beds

It's been awhile since the last post.  There seems to be no end to the work that needs to be done around this place.  Things are slowly shaping up and I'm hoping to get back to the next phase of the kitchen remodel soon. . .

Every year it seems to take a little longer to shake off the winter mindset and fully embrace the summer.  Now if I lived in the Caribbean, that would not be a problem.  But even here in the temperate Midwest it's amazing at just how quickly things get very green.  And the trees are not fully leafed out yet. 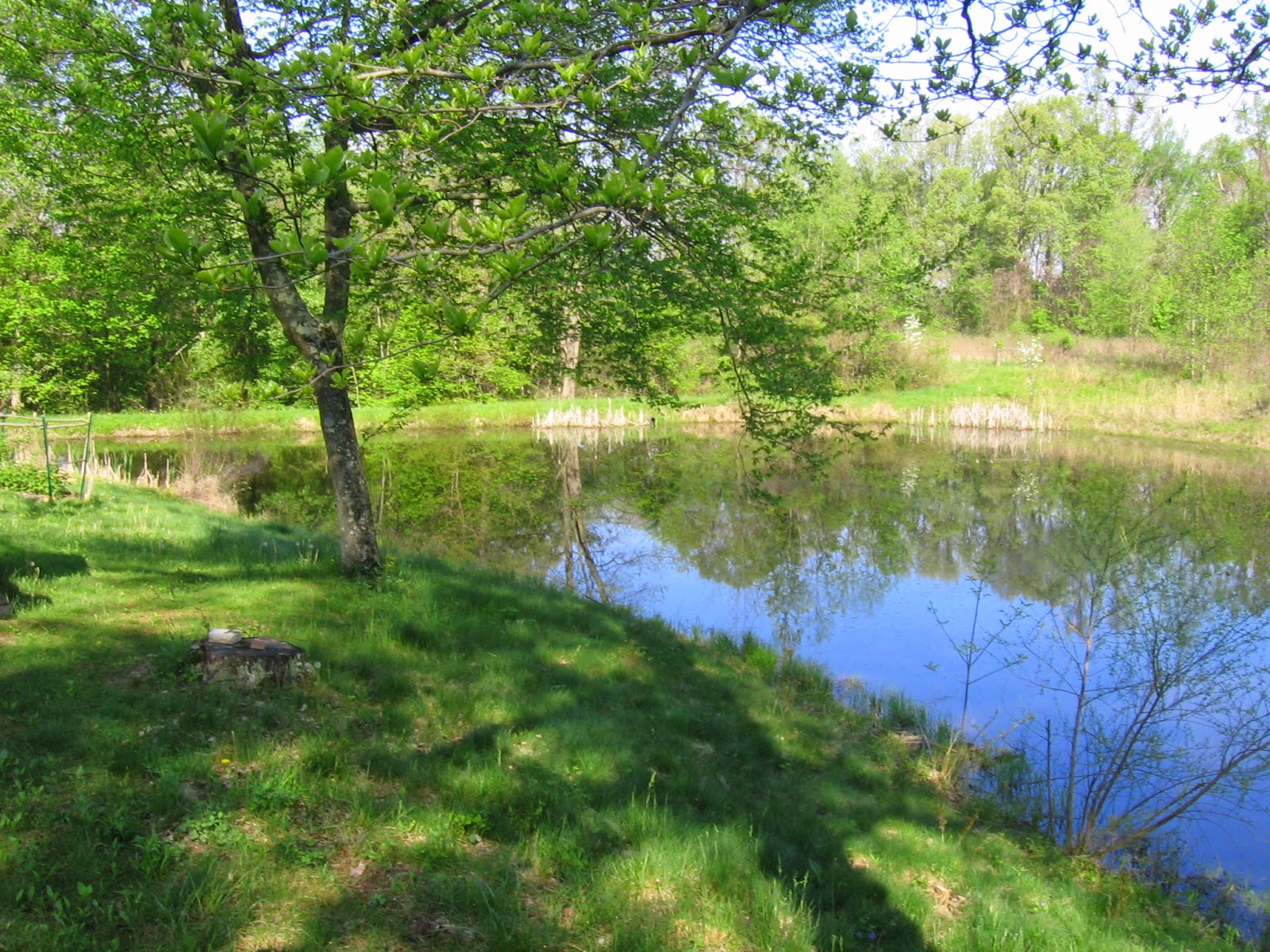 When the hostas are fully unfurled I'll know it's summer.  This one, in some deep shade, is always the last hosta to come up. 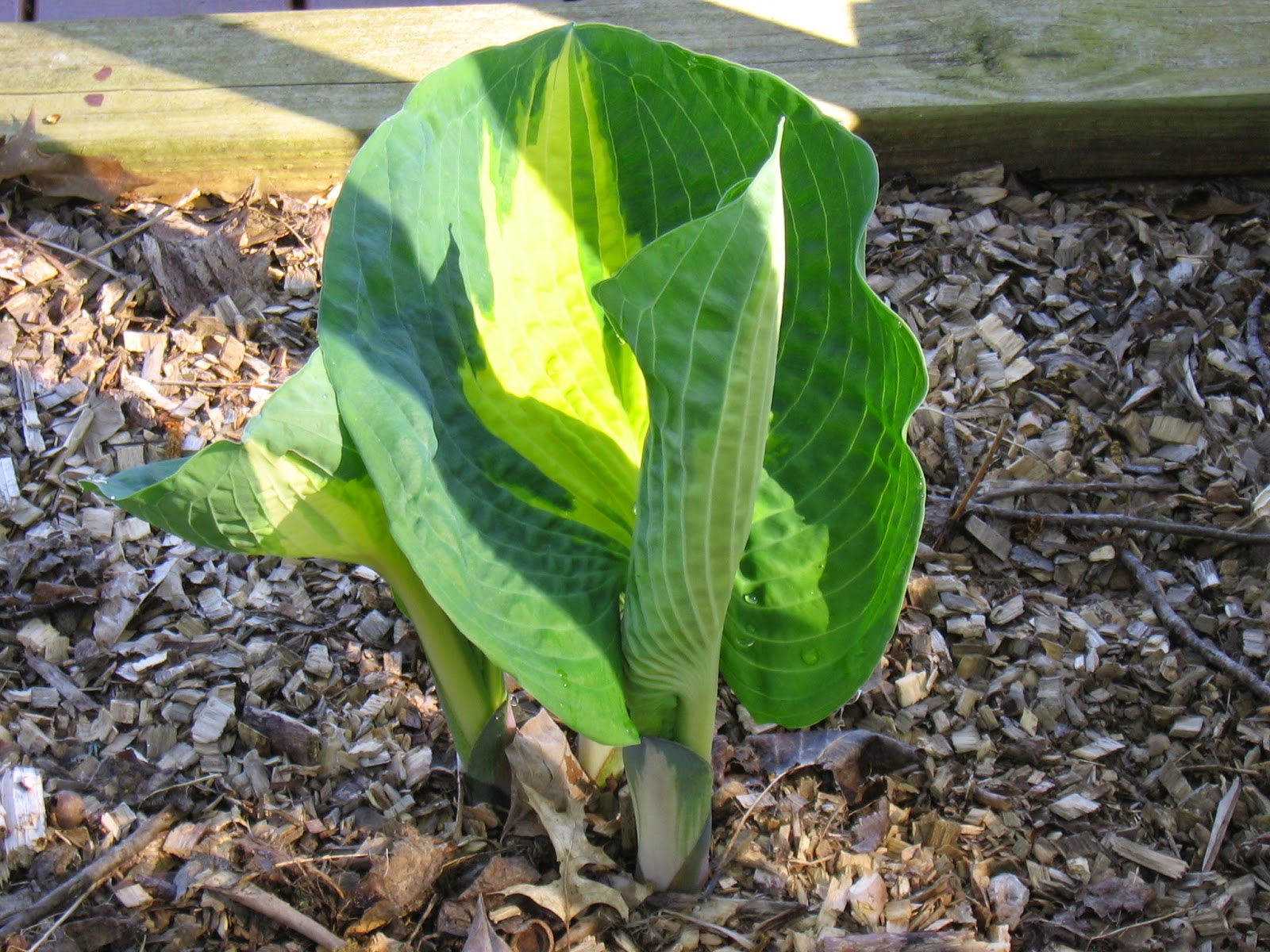 I bought a breeding pair of rabbits two weeks ago.  They are large bunnies, a combination of American Chinchilla and Flemish Giant.  Last year I raised a weaned litter of bunnies of similar parentage.  They made some nice meat rabbits.  They were bred on Monday, so in about a month I expect to see some wee ones. Right now I'm converting the rabbit tractor into a fixed pen.  It's large, 4' by 7' and will have plenty of room for a litter.  This picture was taken midday.  They were more interested in sleeping than in greeting me. 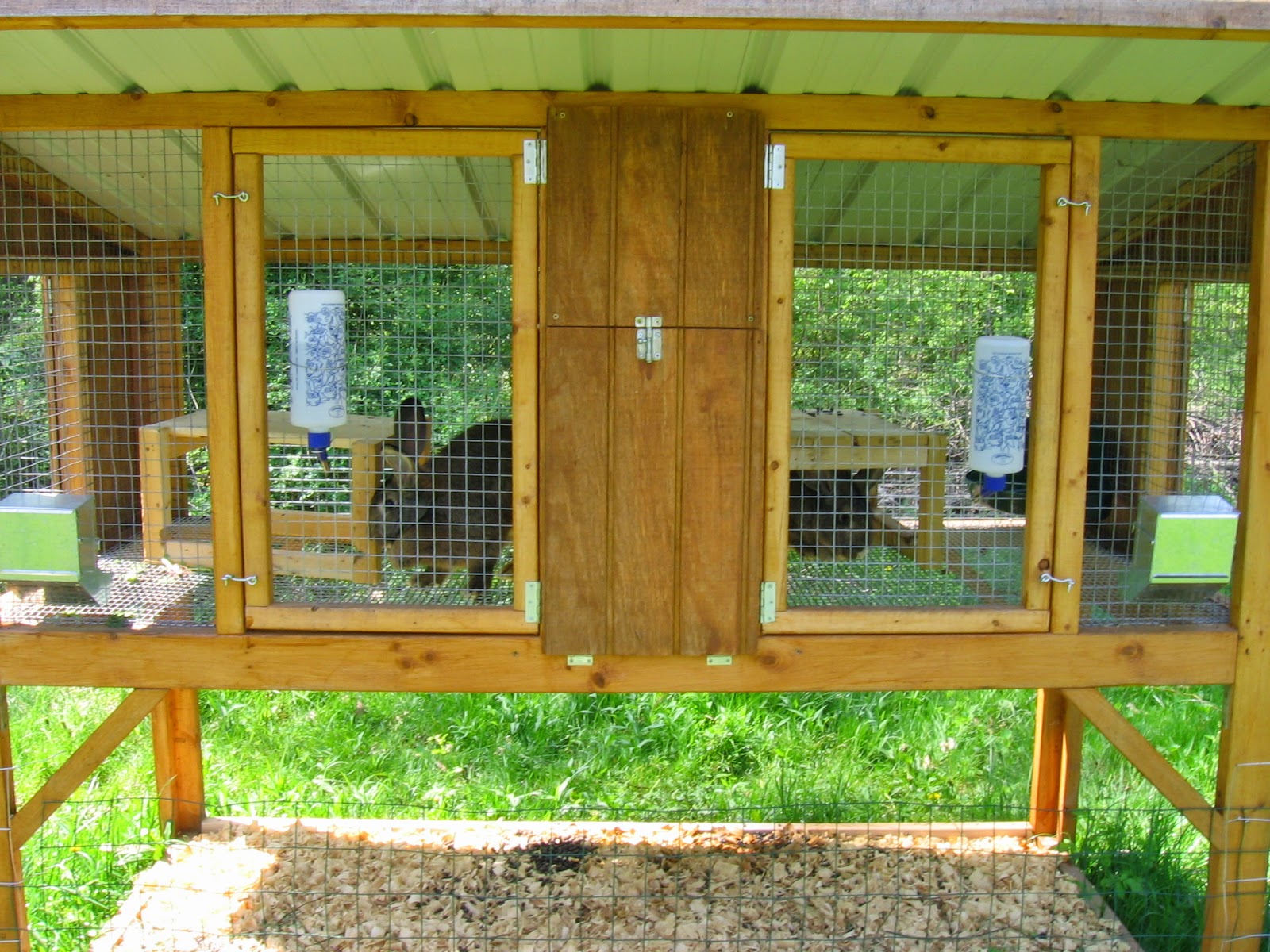 I'm feeding them greens as much as possible.  They still eat some pellets, but they get lots of wild rose, blackberry, dandelion and plantain.  Willow is just starting to leaf out.  It grows like a weed around the pond and will be their main green.  They will also get brassica leaves and any thinnings from pole beans and sweet potato vines.

Speaking of the garden, the weather projection looked very favorable so I went ahead and put the tomatoes and pepper seedlings into the beds.  This year I'm planting two 4' by 8' beds with solanacae, with two tomato cages in each bed.  Last year I tried a sort of experiment with these beds.  They were covered with a few inches of almost finished compost in the fall, which was covered with landscape fabric and several inches of shredded leaves.  I hoped that earthworms would pull the compost down into the soil.  They did that to some extent, leaving the woodier bits on top as a sort of mulch.  The fabric and leaves were removed a month or so ago. 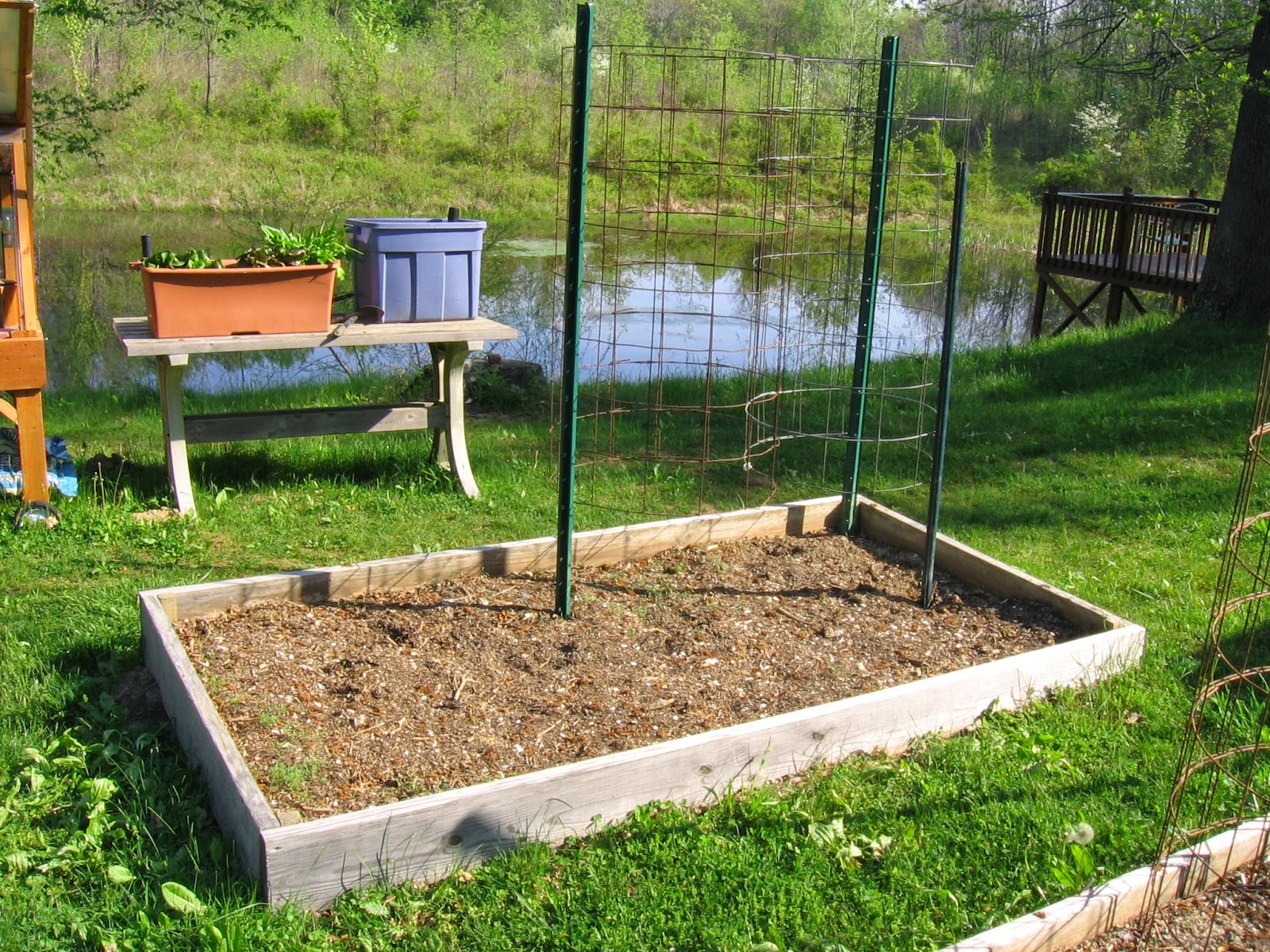 The experimental part - for me - is that the beds were never tilled or turned over, just raked smooth.  There's been very little weed germination since the soil was not disturbed.  For some reason quite a bit of dill has germinated around the edges, but since I want some dill that is not a problem.  I guess the dill seed was in the compost. 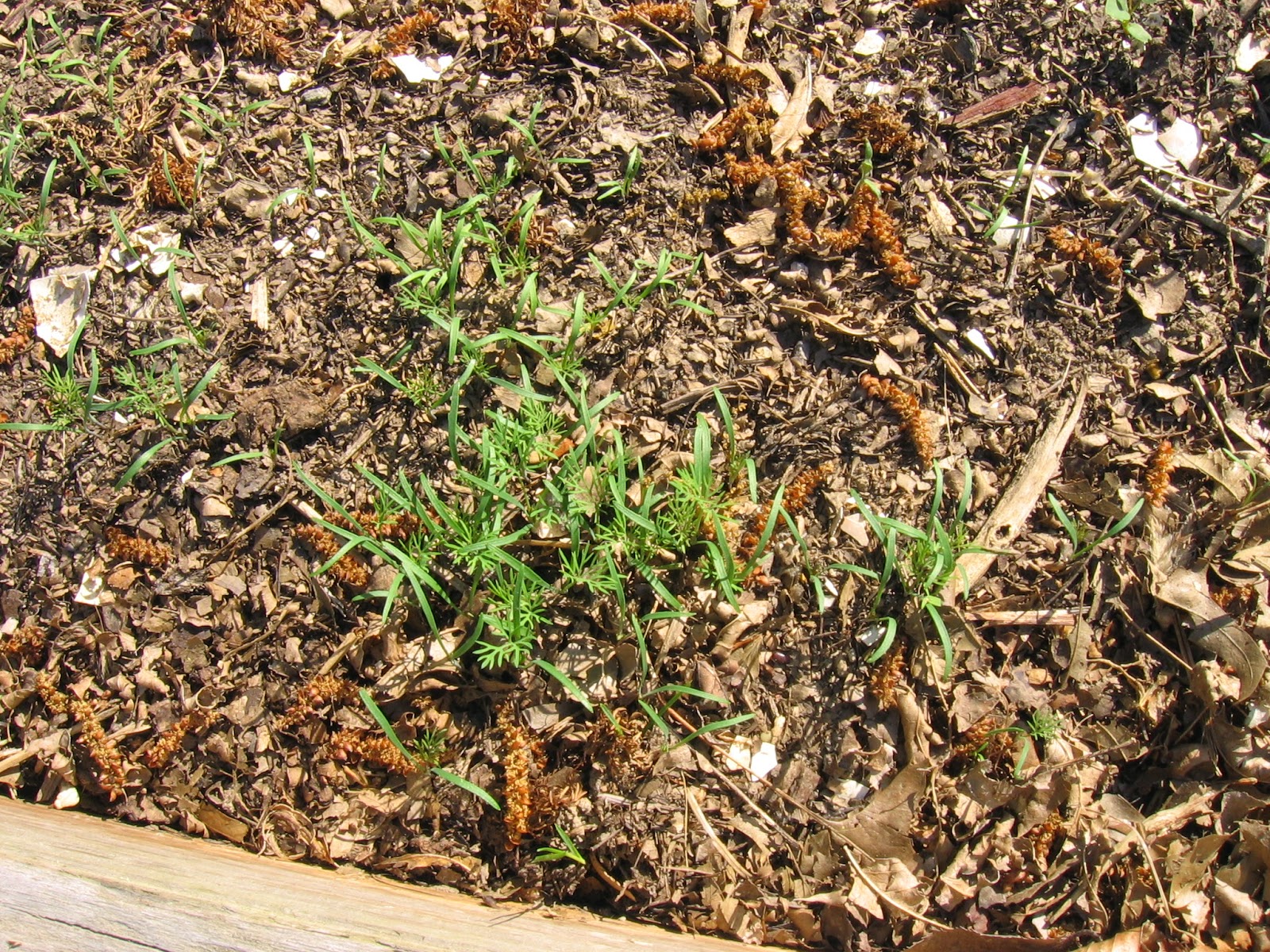 Well the tomatoes and peppers were ready to go. 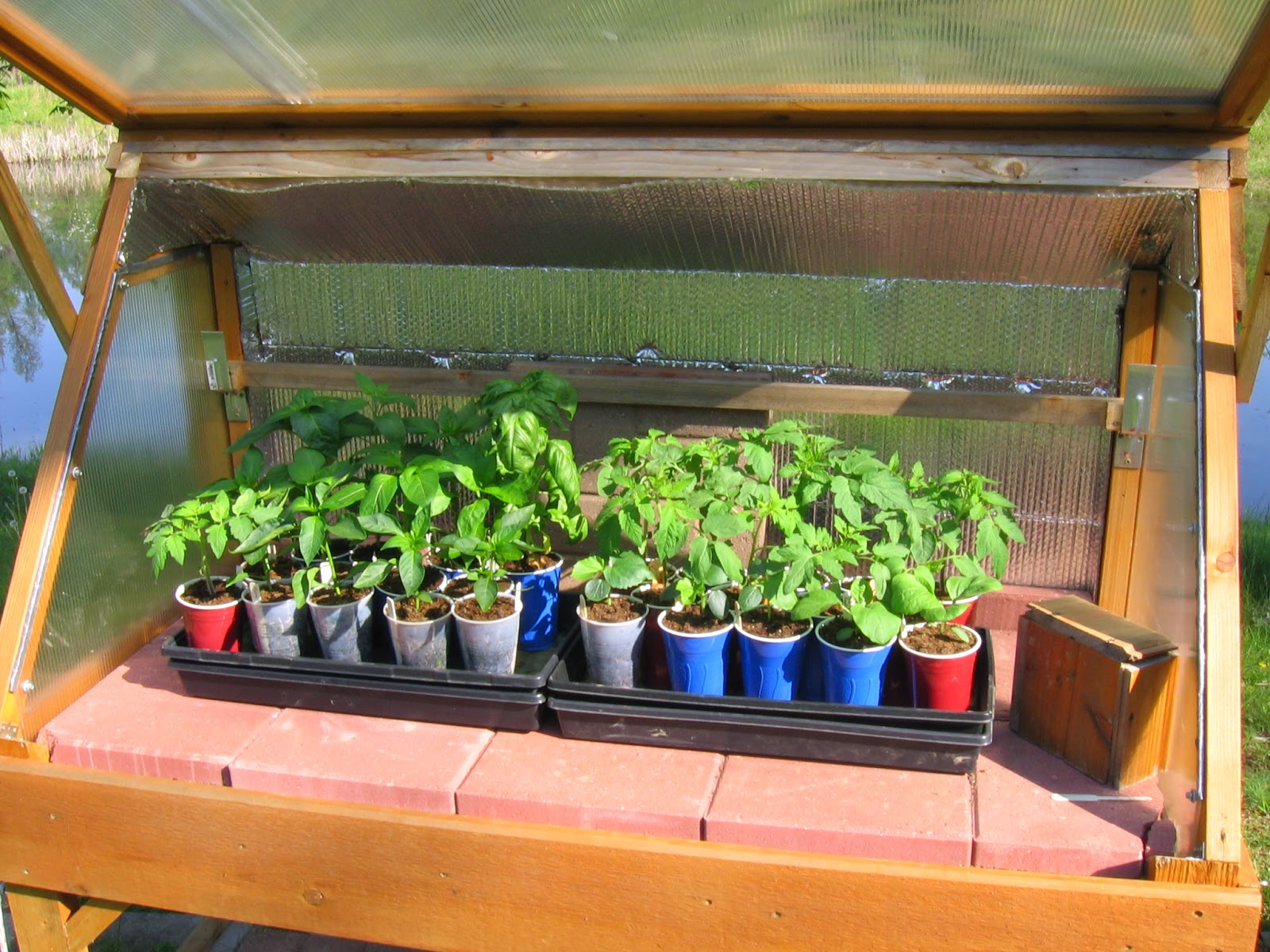 In this bed all the chili peppers were planted - Joe Parker, Ancho, Serrano and Jalapeno.  The other bed gets sweet peppers.  One tomato cage got a Big Beef plant, while the other got one each of Grandma's Pick and Granny Smith.  There's an empty spot for an eggplant, which needs to get a little bigger.  The other bed gets two cages of Super San Marzano sauce tomatoes. 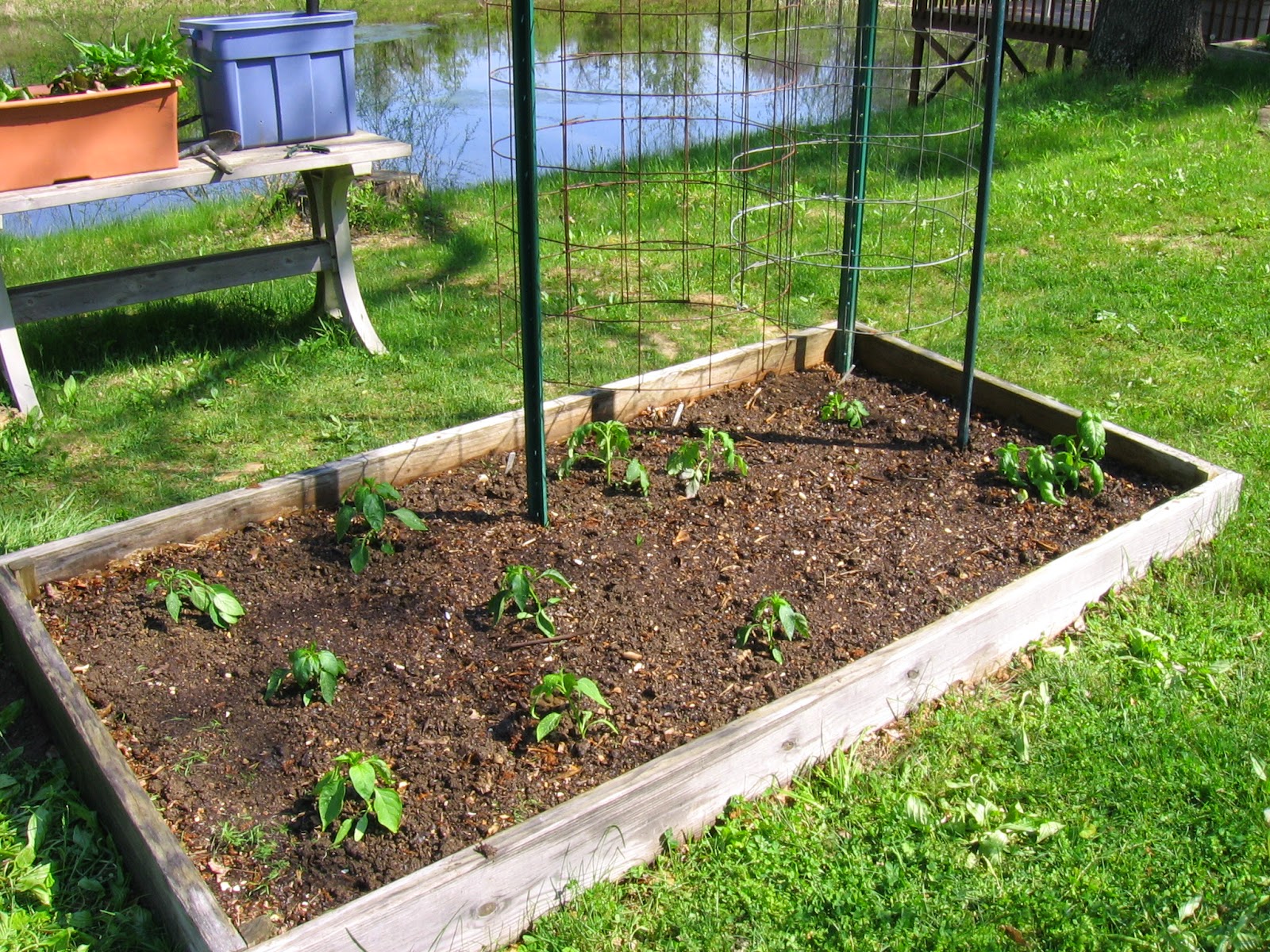 Still lots of work to be done.  Tomorrow I'll set up a trellis and plant pole beans.  The Tribute strawberries, an everbearing variety, are loaded with flowers.  Shouldn't be long.  The asparagus that I planted last year is nearly head high. 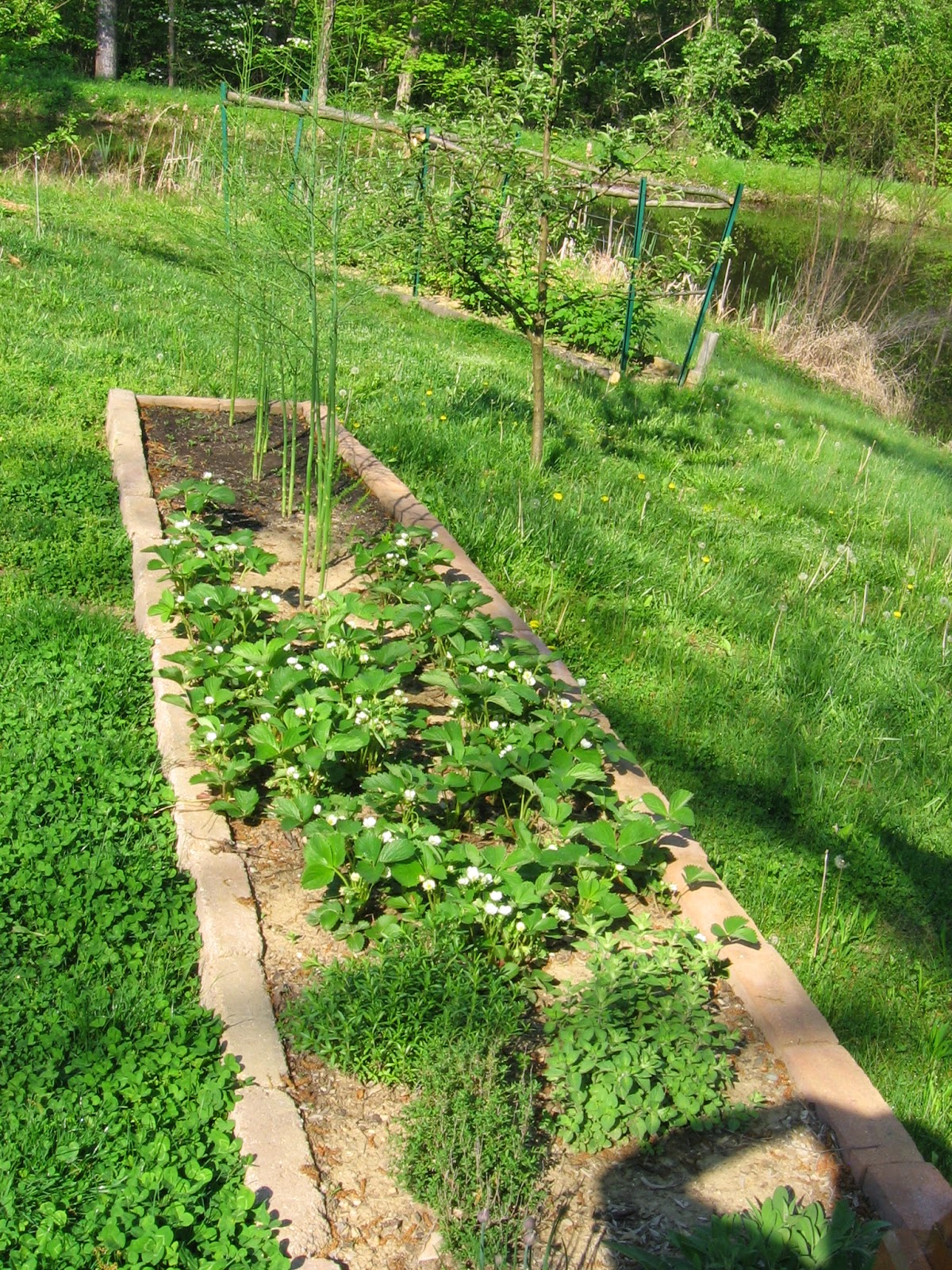 One of these days I'll get back to the kitchen remodel.
Posted by gardenvariety-hoosier at 6:11 PM

It has been warm here too. I'm thinking of planting corn tomorrow. Usually I wait until the 15th for that.

In my garden tomato seedlings are growing profusely like the dill in yours. I remember now that I put into the compost all the seeds and skins left over from sauce-making last Autumn - a big mistake!

You are well on your way! Every year I add projects, like building new beds, and then I end up getting behind on all of the routine tasks and this year is no exception. I always say to myself that this won't happen once the garden is "finished", but I have a feeling that that will be a very long time in coming, if ever.