This was the best week yet, which is not surprising.  Yields should continue to increase through the summer.  Production of strawberries has fallen from last week at just under a pound, now 3.4 pounds for the year.  Since this is the first full year I'm pleased with the yields, heck any strawberries are better than nothing.  No pics this time.

I picked the remaining spinach, about a pound, as it was getting ready to bolt. 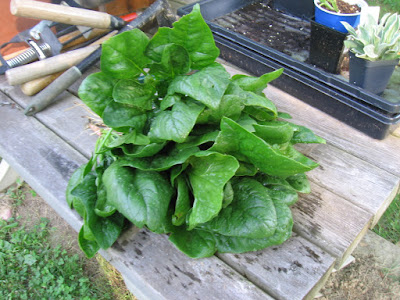 The cole crops gave me two bulbs of kohlrabi averaging a pound and a half each, and a head of Major broccoli, 10 ounces.  I picked this head a few days after picking a head of Green Magic broccoli, which was nearly a pound.  I think I'm sold on the Green Magic.  I like an early broccoli. 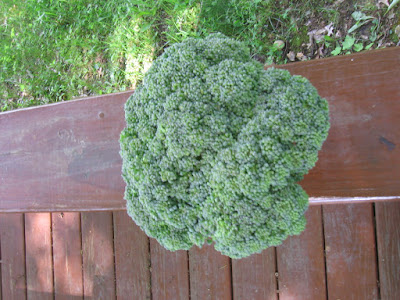 Also a head of Gonzalez cabbage, a pound and a half.  I cooked the cabbage with bratwurst from my neighbor, such a simple dish but so good.  The rabbits get the outer leaves. 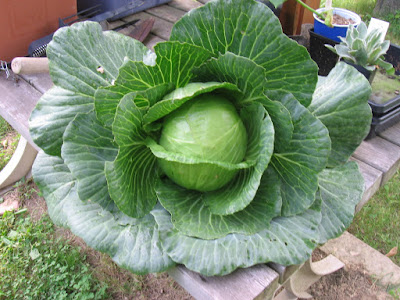 I haven't grown sugar snap peas for several years.  This is not a pea-friendly climate, and after three years in a row when May temperatures suddenly jumped to 90 F I just gave up on them.  Then last spring was more like a normal spring so I planted them this year.  What's there to lose?  I like them best stir-fried very quickly for about a minute.  Only six ounces but what a treat. 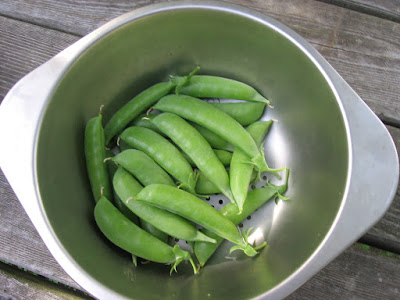 Finally the new deck just off the back door is finished.  The floorboards got a growth of mildew over the spring which had to be removed with a solution of bleach.  Three coats of stain were applied and the spindles were attached.  It's a great place to relax and watch nature, and best of all, it's done. 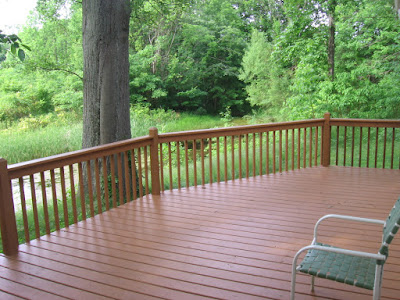 To see what other people are growing, head on over to http://daphnesdandelions.blogspot.com/
Posted by gardenvariety-hoosier at 5:08 PM

Yum broccoli. Mine is just starting to head up, but not nearly like yours. I gave up on early broccoli as it never did well for me and I wanted nice heads.

The deck is looking like a very inviting place :) Green Magic is the type of broccoli we switched to last year. We've been quite happy with the results.

The new desk looks great. I hope you have plenty of opportunities to enjoy it! (It needs some potted plants now!)

Your deck looks beautiful! I love sugar snaps - they are definitely one of the most anticipated crops in the spring. And I can't believe how big your kohlrabi grew - incredible!