I picked a little spinach this morning, 4 oz.  This is the overwintered spinach.  It looks like it's ready to bolt, and when the weather warms later this week it probably will, so I'll pick some more tonight.  Spinach is not great this year, the weather went from cold to warm with no in-between. 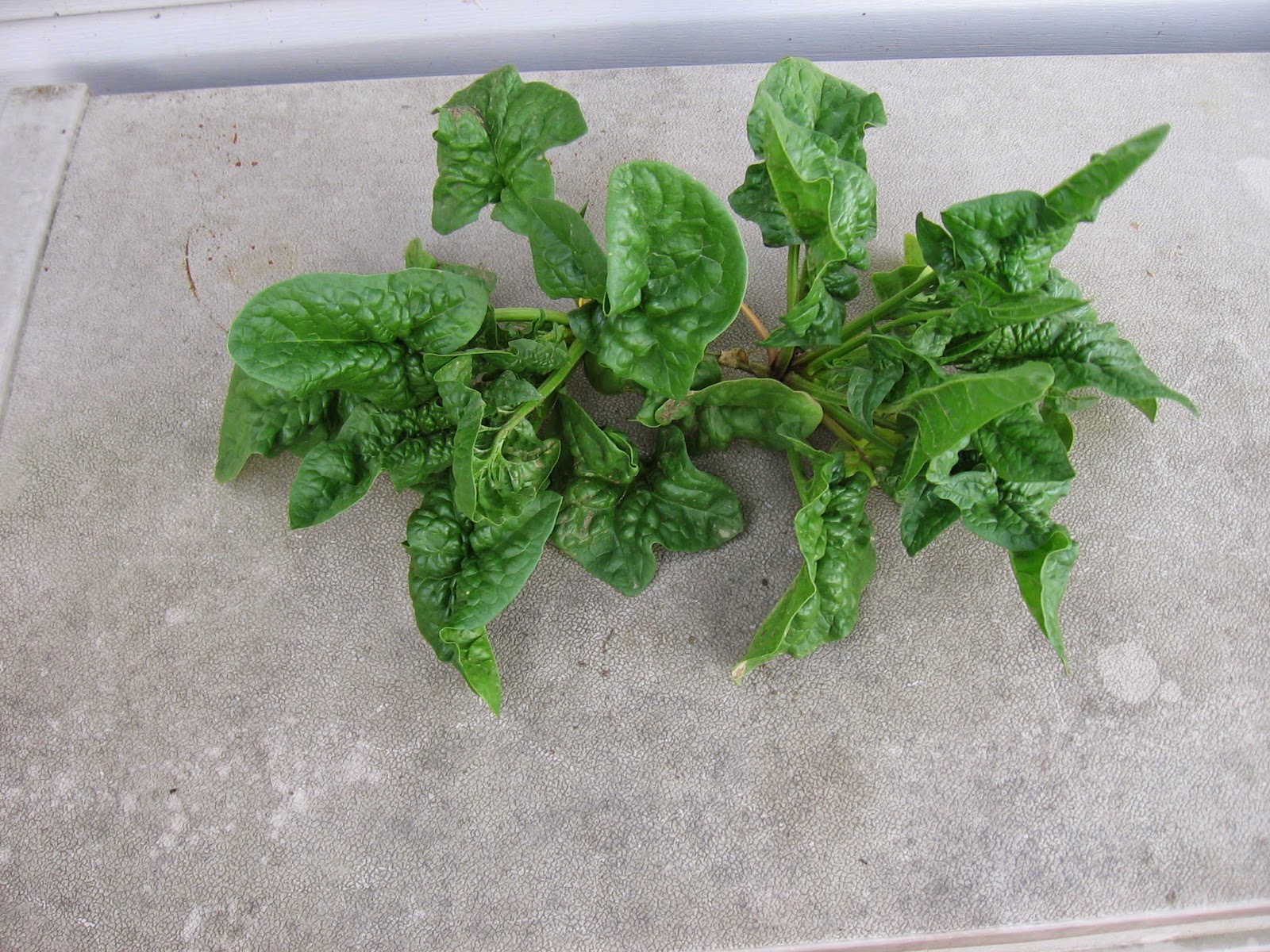 After Sunday and today I can say that things are seriously underway.  The compost is not quite finished but two beds could not wait.  But first I had to do a lot of moving.  This is a new bed this year.  There was a medium sized tree here that I cut down 5 years ago.  Last year it had rotted to the point that I could remove the stump and most of the roots.  The tree had left a mound of soil around it which was removed to level the ground.  Last fall I covered the bed with leaf mold and put landscape fabric over it.  The leaves had not decomposed as much as I hoped.  They were gathered up into the cart. 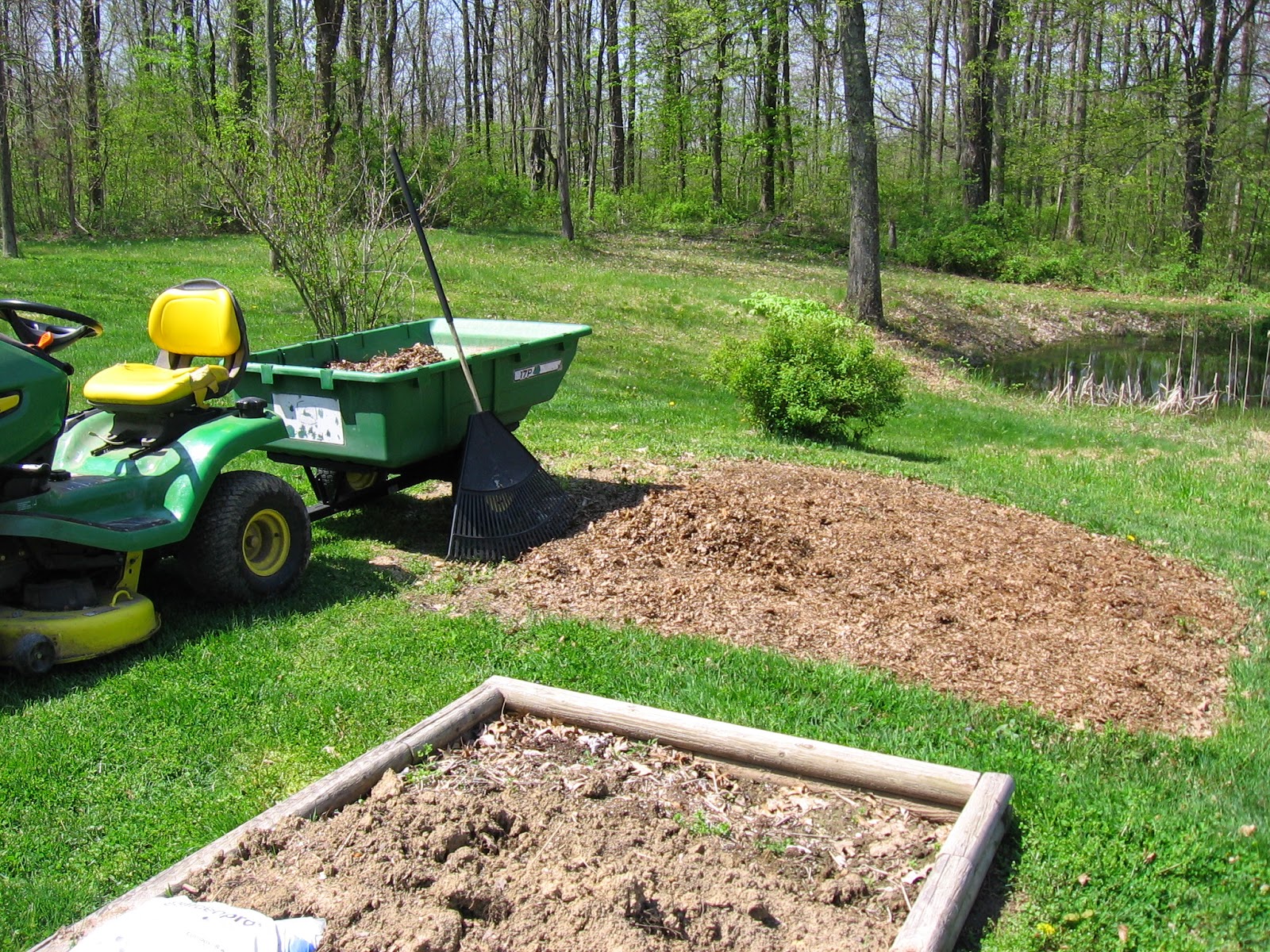 The leaves were hauled to the compost bin.  The top module of the stack was set to the side and the leaves were shoveled into it. 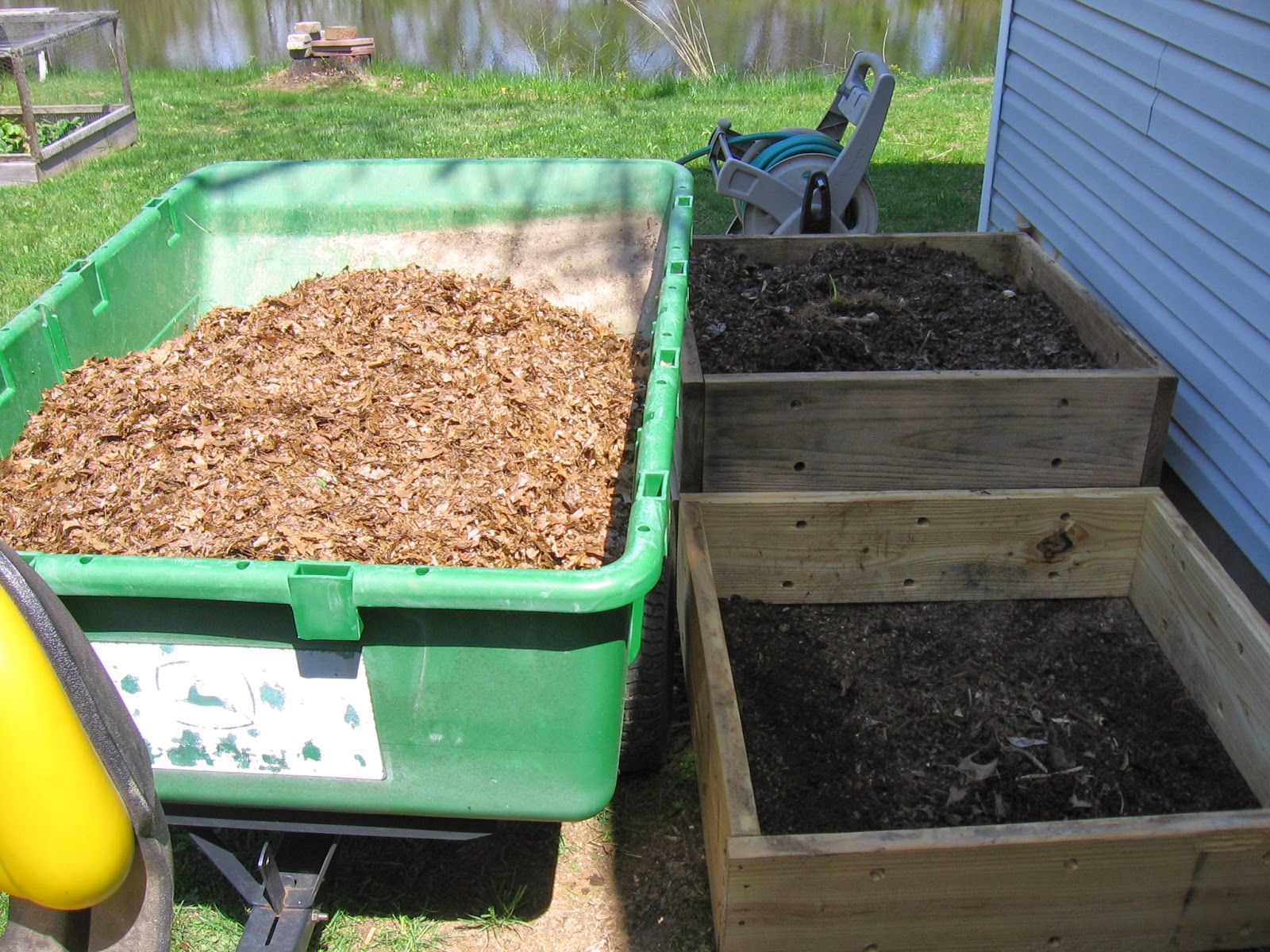 When this box was filled the next module was brought over and the remaining leaves shoveled into it. 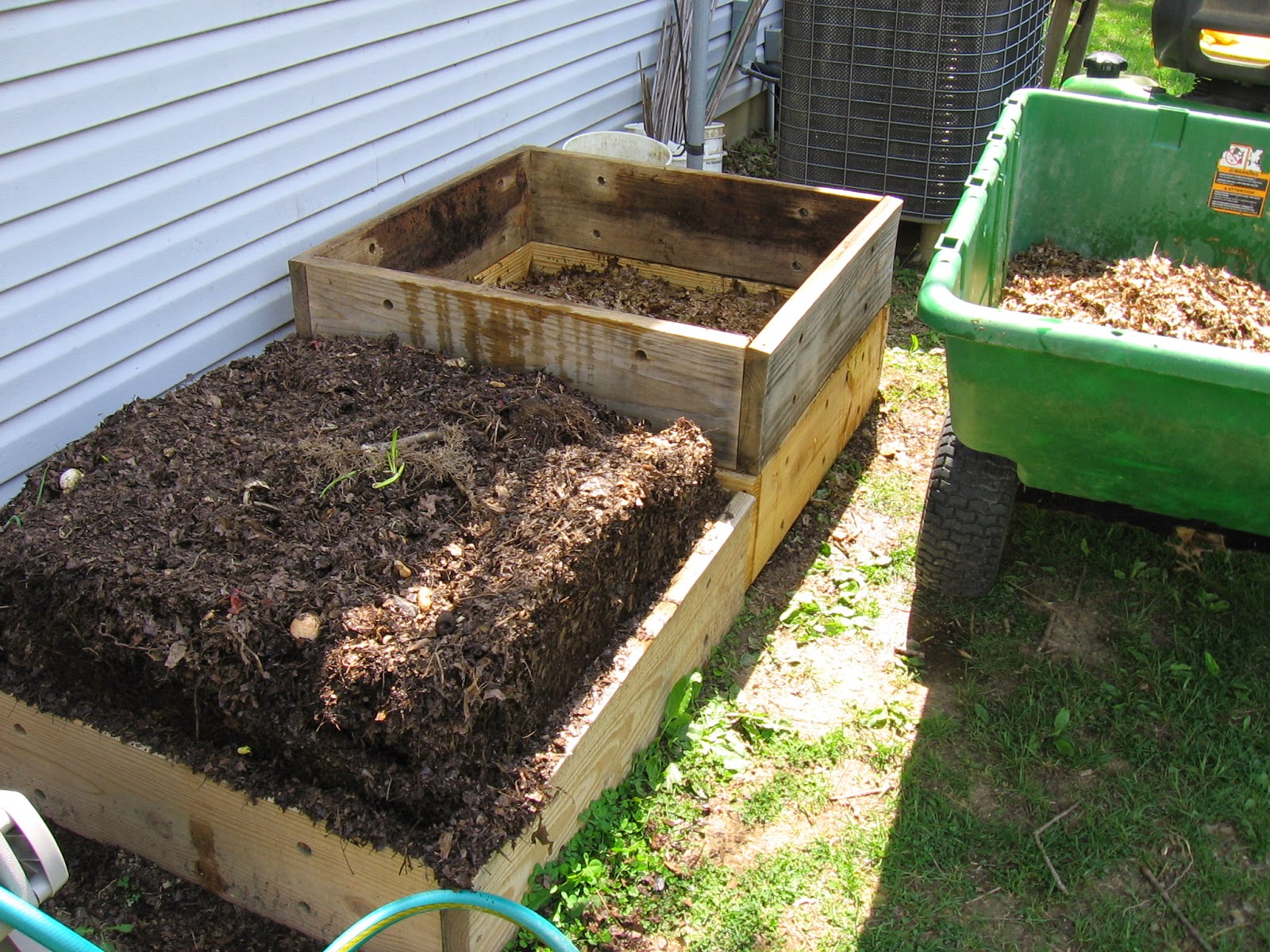 Then compost was collected in the cart and hauled to the beds.  Pieces of leaves are still visible in the compost but it was deemed good enough to go into the soil.  Interestingly, there is no trace of the dead fish, probably 10 to 15 pounds, that were put into the compost in mid March.  Head, skeletons, completely gone, but they provide plenty of nutrients. 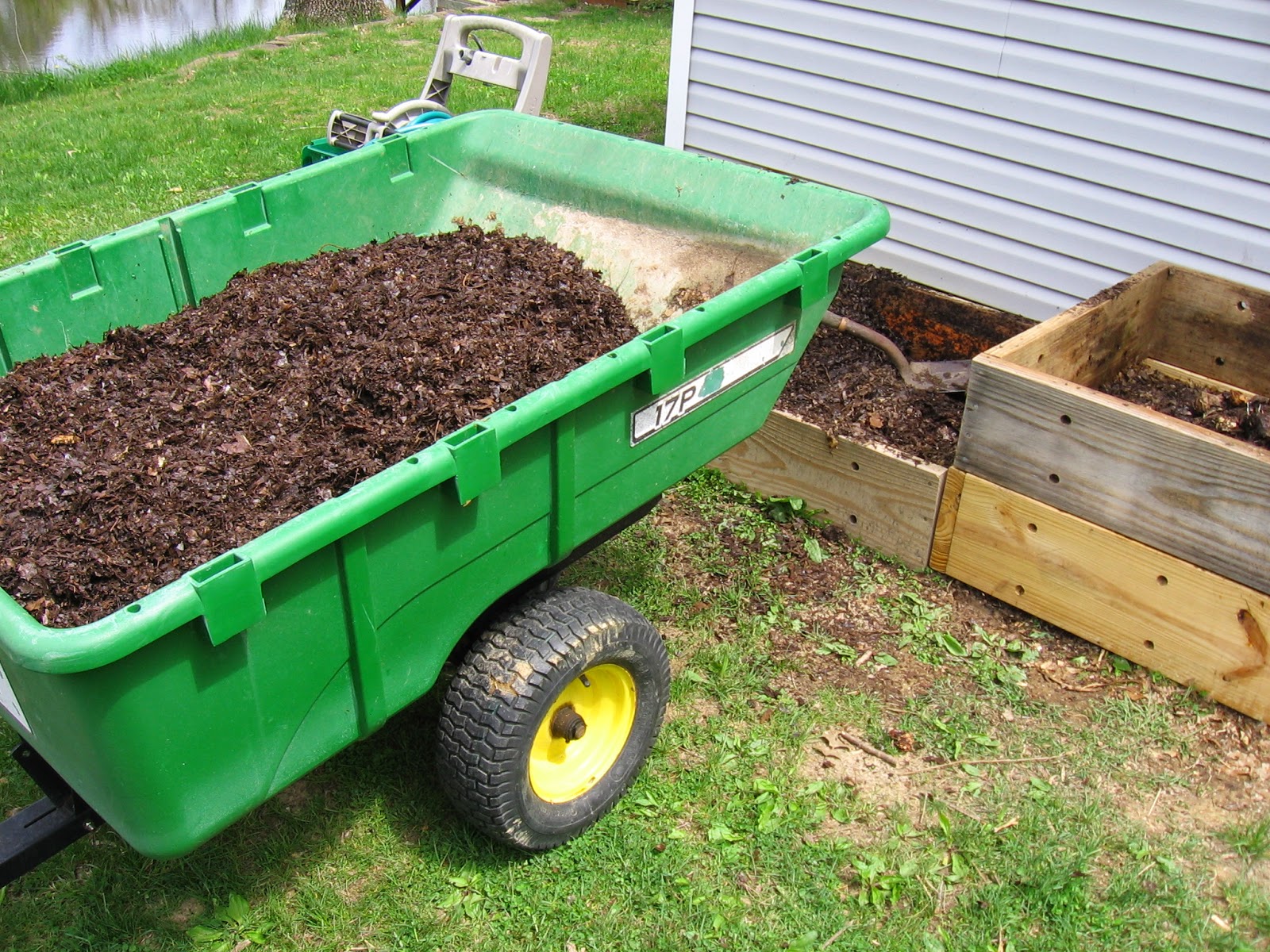 The compost was spread on two beds and some fertilizer was added.  The soil was turned over with a shovel, hoed to break up any clods, then tilled with a little gas powered cultivator.   Someday I hope this clay soil will have enough organic matter in it that it can just be top dressed with compost, but for now it still tends to clod up and needs to be mixed. 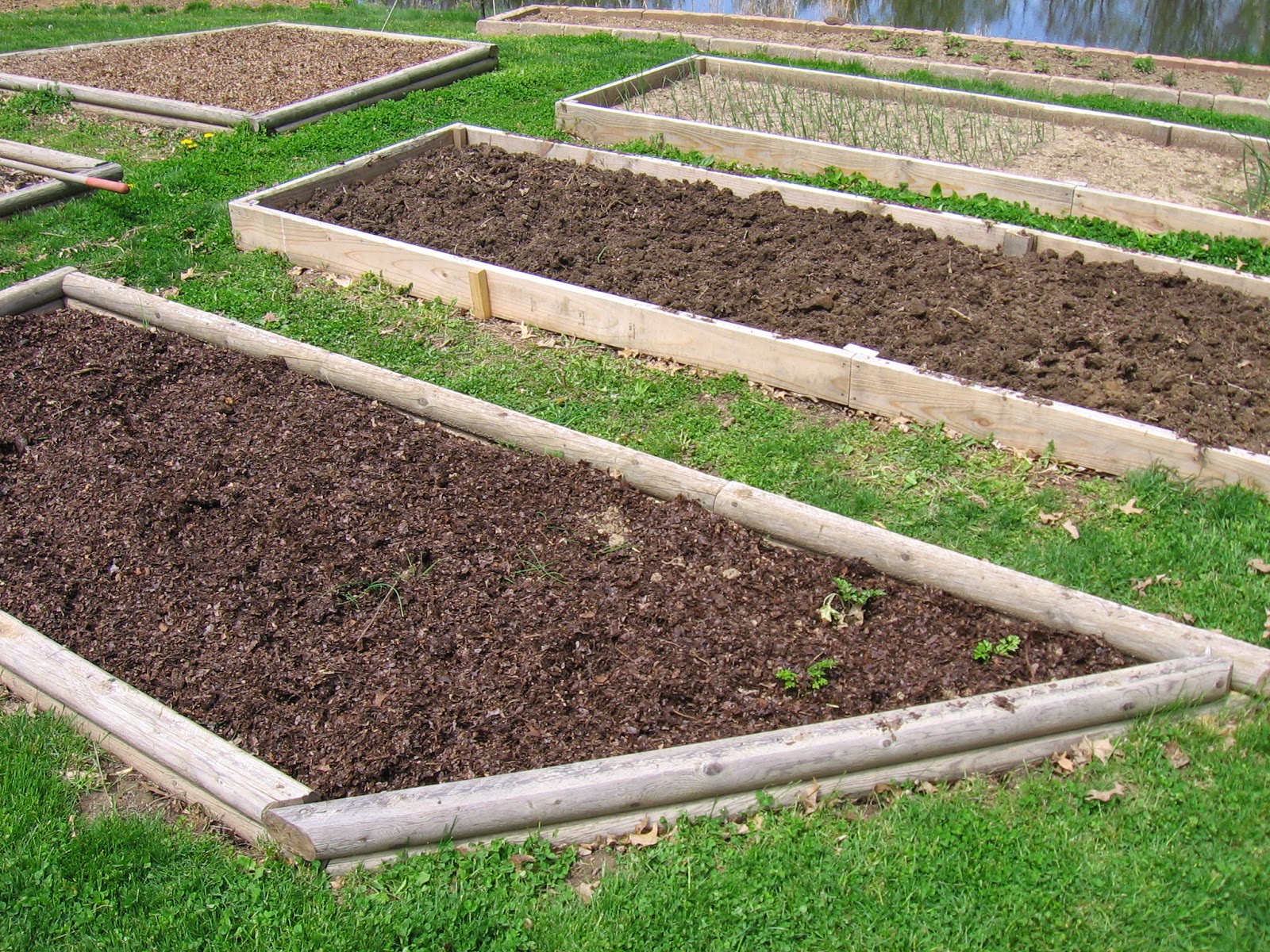 Then the tomato cages were installed.  This year I'm growing a cage of slicing tomatoes (Crimson Carmello) and two cages of sauce tomatoes (Pompeii), from Renee's.  The posts are driven into the ground and the cages are suspended on the posts.  That provides almost 6 feet of vertical space. 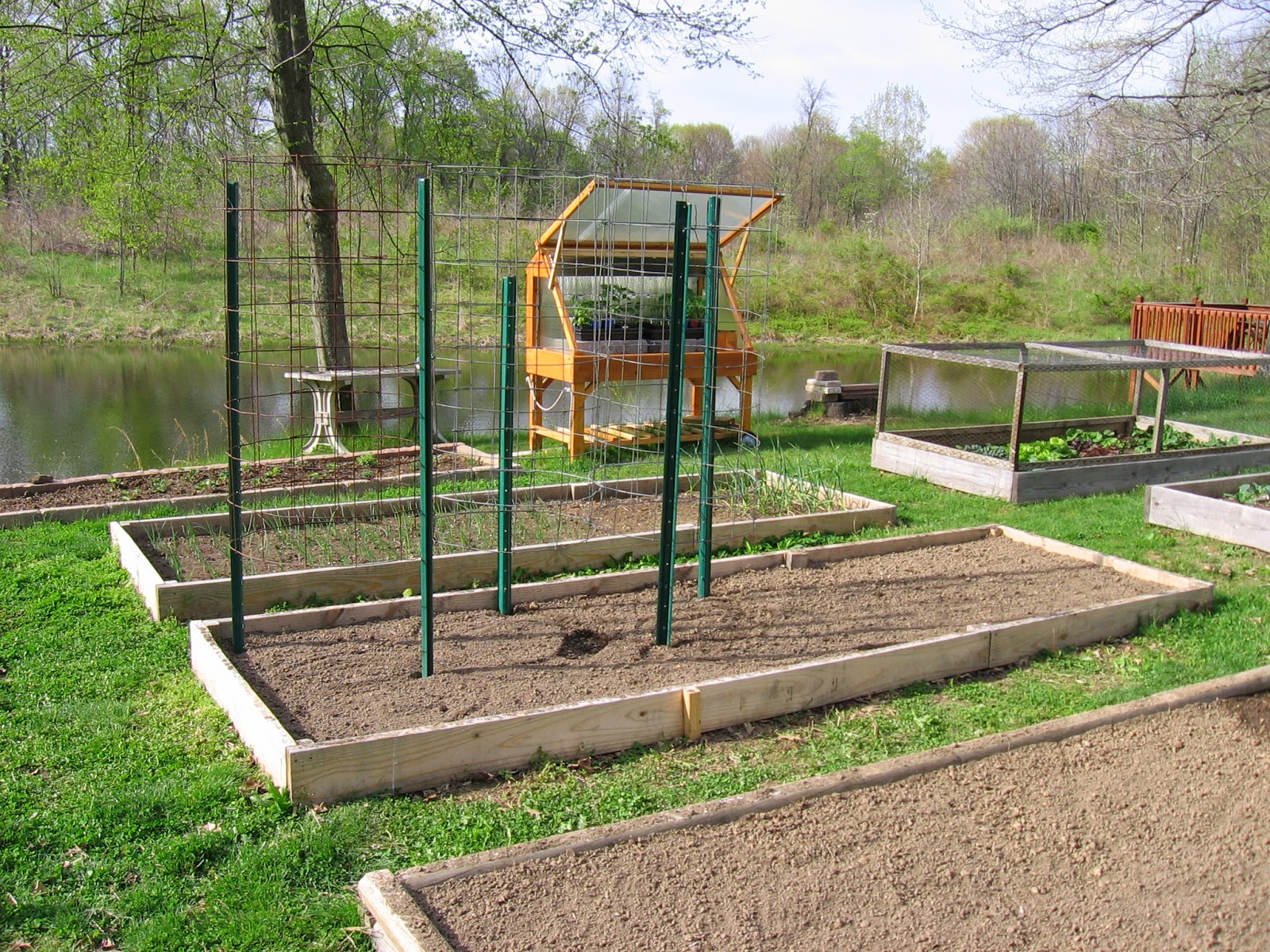 With a favorable weather report it was time to set out the tomatoes and peppers this morning.  The peppers were laid out first.  This year I'm planning to make more chili powder and for that there are 2 Joe Parker, 2 Ancho and a Holy Mole pepper.  For salsa there's a Serrano and a Jalapeno.  Sweet peppers are represented by Marconi, Bullhorn, and Round of Hungary. 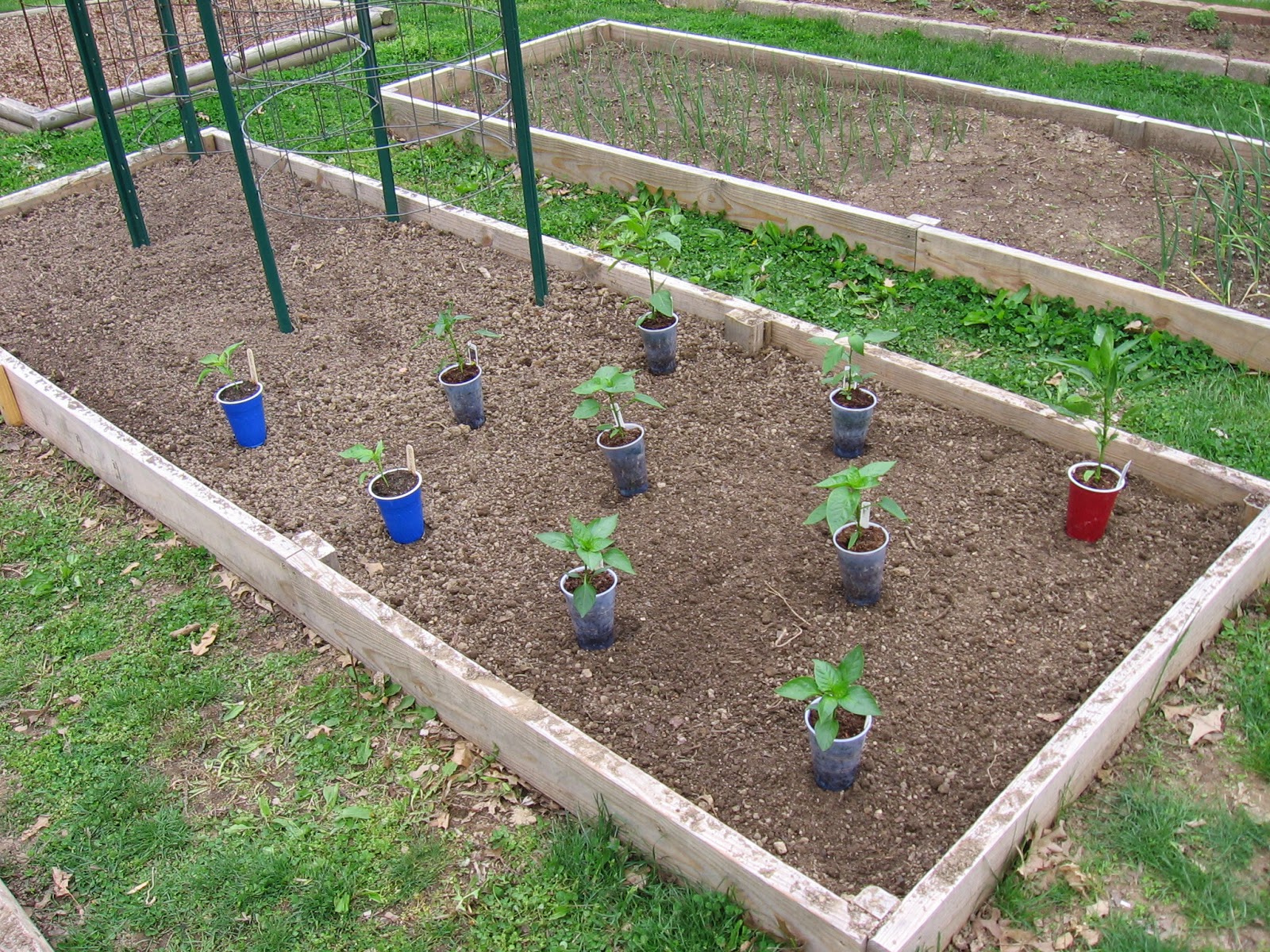 And here's the bed planted.  The empty spaces in front of the cage will be planted with two eggplants, but they aren't ready yet and I've found it's best not to rush eggplant, they don't like a shiver. 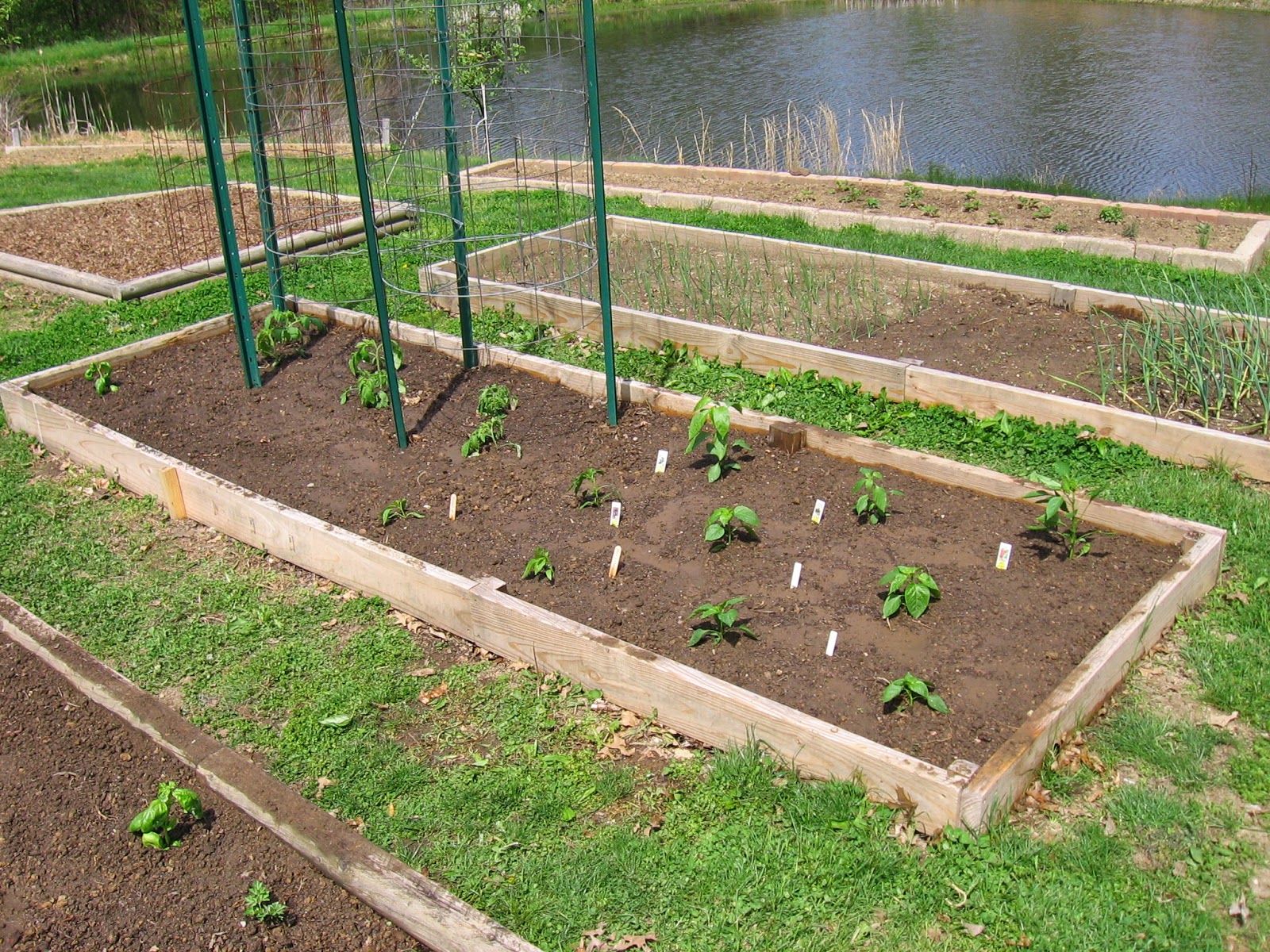 To top things off, two rows of Provider beans were seeded and a row of beet seedlings were set into the other bed.  The train has left the station.
Posted by gardenvariety-hoosier at 5:39 PM

Looking good, Mike! The tomatoes and peppers look so widely-spaced at this stage, but I bet it won't be long before you can hardly see a gap between them. Those tomato cages sound very useful (and strong) - some people don't provide enough support for their toms, and pay the penalty accordingly, with a tangle of branches flopping around on the ground.

Looks great! It's funny, you and I are in the same zone, technically, but I dare not set out peppers or anything related for 3-4 more weeks. Too risky for me.