For the garden, spring training is now over.  All of the first plantings are now in the ground, the structures are in place, every bed has been worked up with compost, tilled and smoothed.  The last few days marked the last big push to establish the garden for the season.

This bed was seeded in winter squash - Butternut, Teksukabotu and Honey Bear Acorn.  The bed was prepared last fall and is the only bed that has no structured edging.  After the compost and fertilizer were added the soil was spaded over and tilled.  Six foot fence posts were set in on two sides and two 4'x8' sections of remesh were attached to the posts. 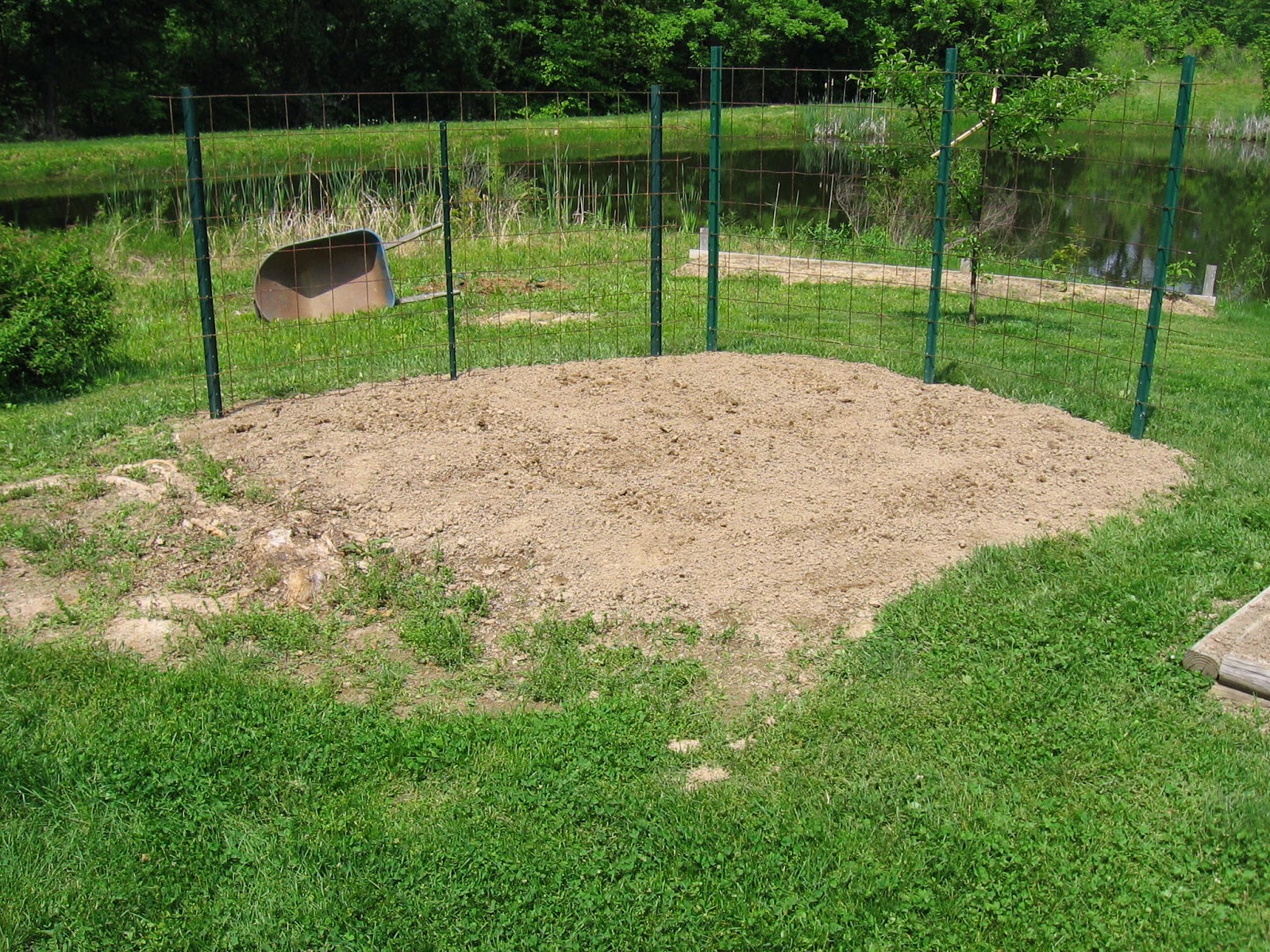 Before last autumn a large tree stump was in the middle of this bed.  I cut the tree down in 2008.  Last fall I pushed the stump over by hand, then dug as many roots out as possible.  The tree had created a large mound around it.  I removed several wheelbarrow loads of soil to level the bed and covered it with leaf mold over the winter.  It really needs more compost and there are still some large roots in the bed, but with sufficient fertilizer it should be fine for growing squash.  Once the soil is improved I'll bring root crops into the rotation for this bed.

Here's a closeup of how the remesh attaches to the posts.  The bottom loops on the post point downward.  Once the remesh is hooked over the bottom loop it is held in place quite securely. 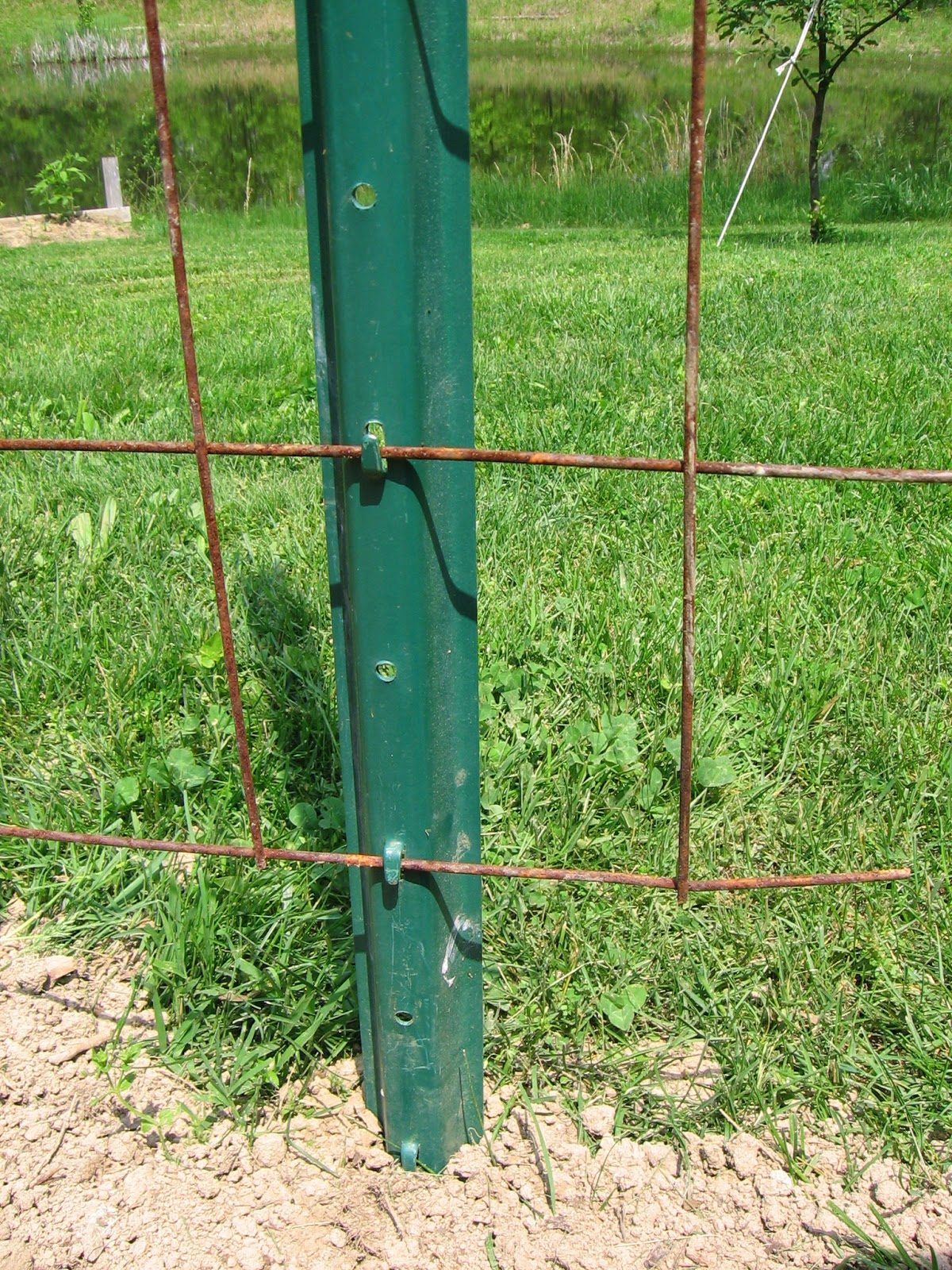 The remaining bed was planted in pole beans, sweet potatoes and summer squash.  I used a hybrid structure for the pole beans, a combination of fence posts and wood.  It's not the most eye-pleasing structure but I'm more concerned with making a support that won't blow over than the aesthetics of the thing.  Most of the storms around here come out of the west, which is sheltered by the woods, but a storm coming from the north has no obstruction and can flatten things. 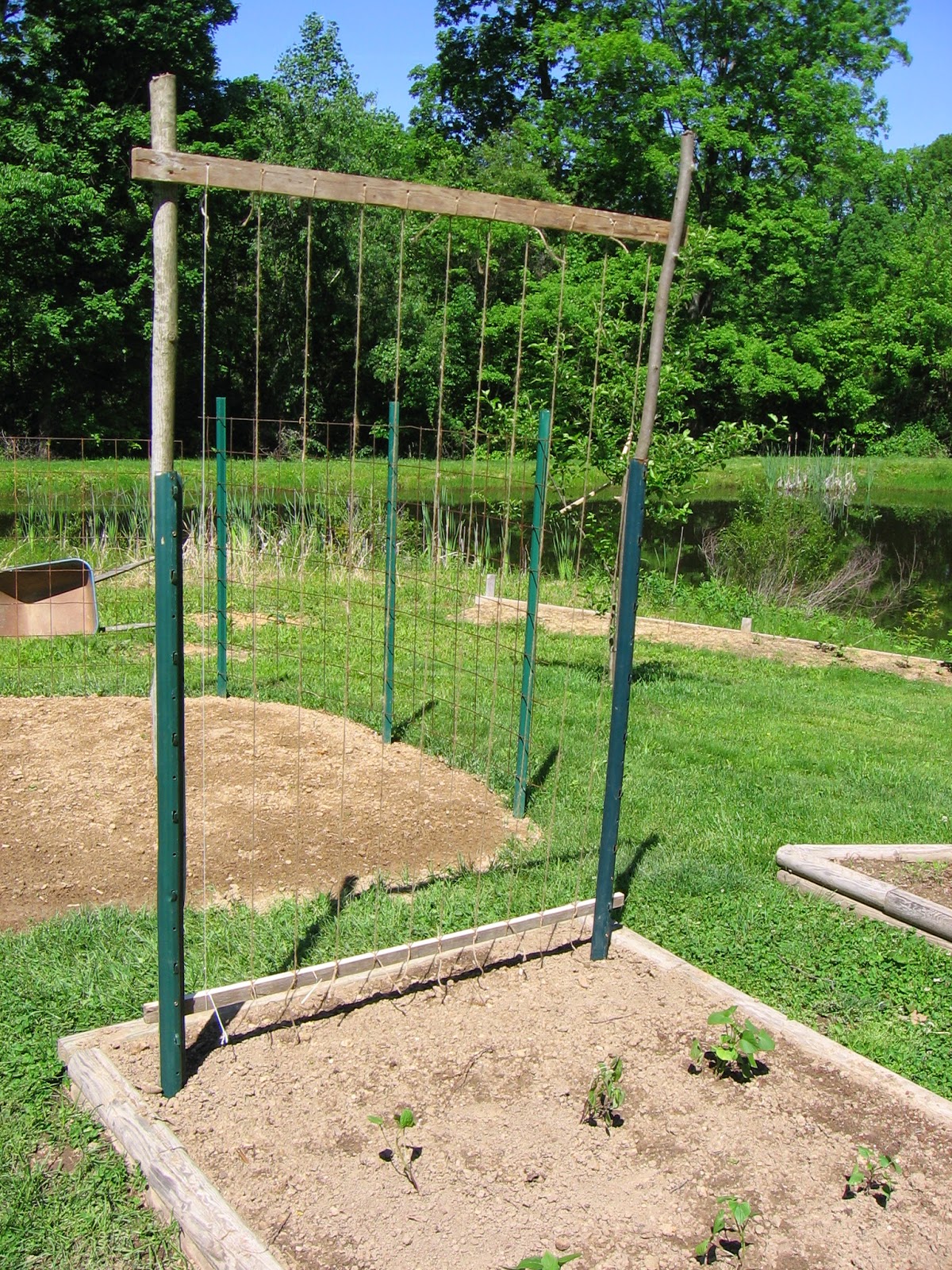 The sticks, which are tree limbs, were screwed to the fence posts then the crossbars were screwed to the sticks.  I drilled holes in the top crossbar and stretched jute twine from top to bottom.  The beans?  Fortex.  I've heard good things about them and decided to give them a try.

With a favorable weather forecast the eggplant, okra and cucumber seedlings were set into the garden.  The cucumber seedlings were set in against the trellis that was discussed in the last post.  They look a little crowded against the onions but I'm sure they will work something out.  I set out one Diva, a slicing cuke that is a Beit Alpha type, all female and does not require polllination.   Also planted were two Calypso cukes, a pickling cuke.  The Diva's are very vigorous so I gave it half of the trellis. 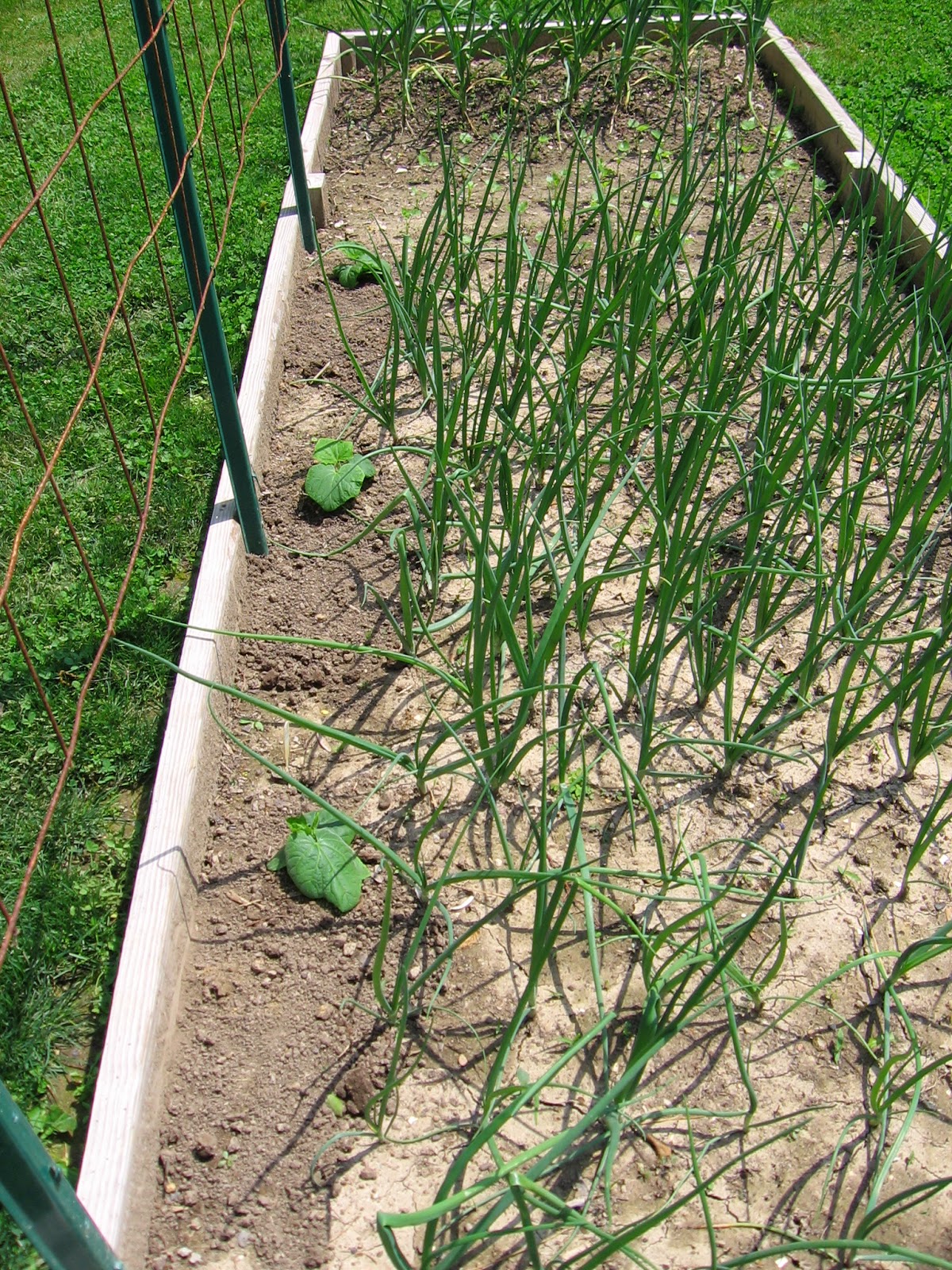 I'm done starting seeds indoors for the season.   The few remaining plants under the lights were put into the mobile greenhouse.  The tomato seedlings are extras and are getting a bit leggy.  Today they found their way into the compost bin. 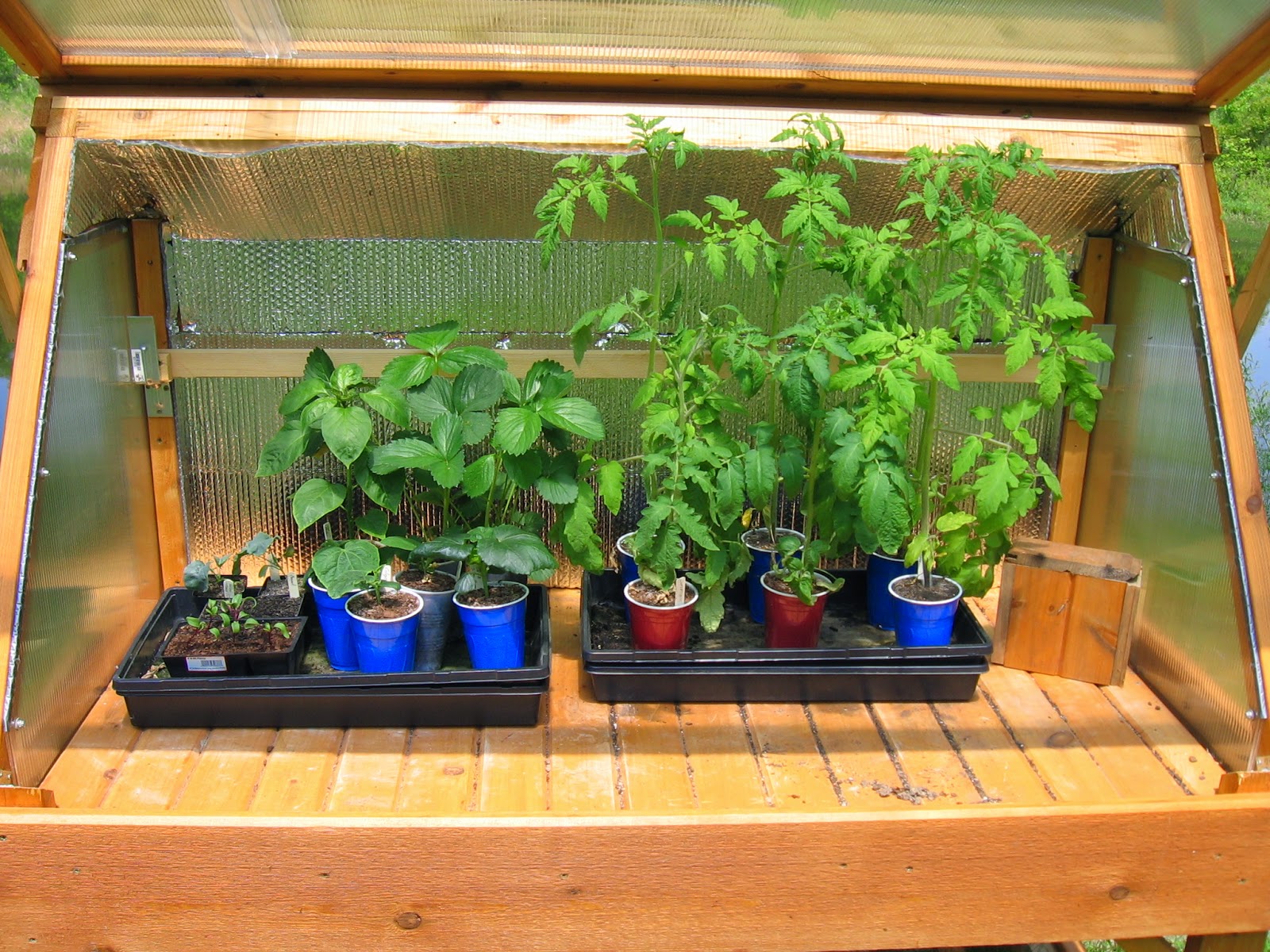 Posted by gardenvariety-hoosier at 4:24 PM

It sounds as if you are all set up for the Summer now. I have been on a similar mission. Currently I am engaged in crop-protection - nets to keep birds and squirrels away from ripening fruit, and nets to keep butterflies away from brassicas. We have to accept that our gardens will not look nice if we want to keep our crops safe!