Things are now firing on all cylinders, as the saying goes.  The summer squash, Cocozelle, is producing like crazy.  I'm going to look for open car windows where I can toss in the excess - over six pounds this week.  And the Diva cucumbers gave up 3.7 pounds. I picked some carrots, about a pounds worth.  They are either Scarlet Nantes or Red-cored Chantenay.  They went into a split pea and ham soup, although I broke off the legs of that forked carrot and ate them on the spot. 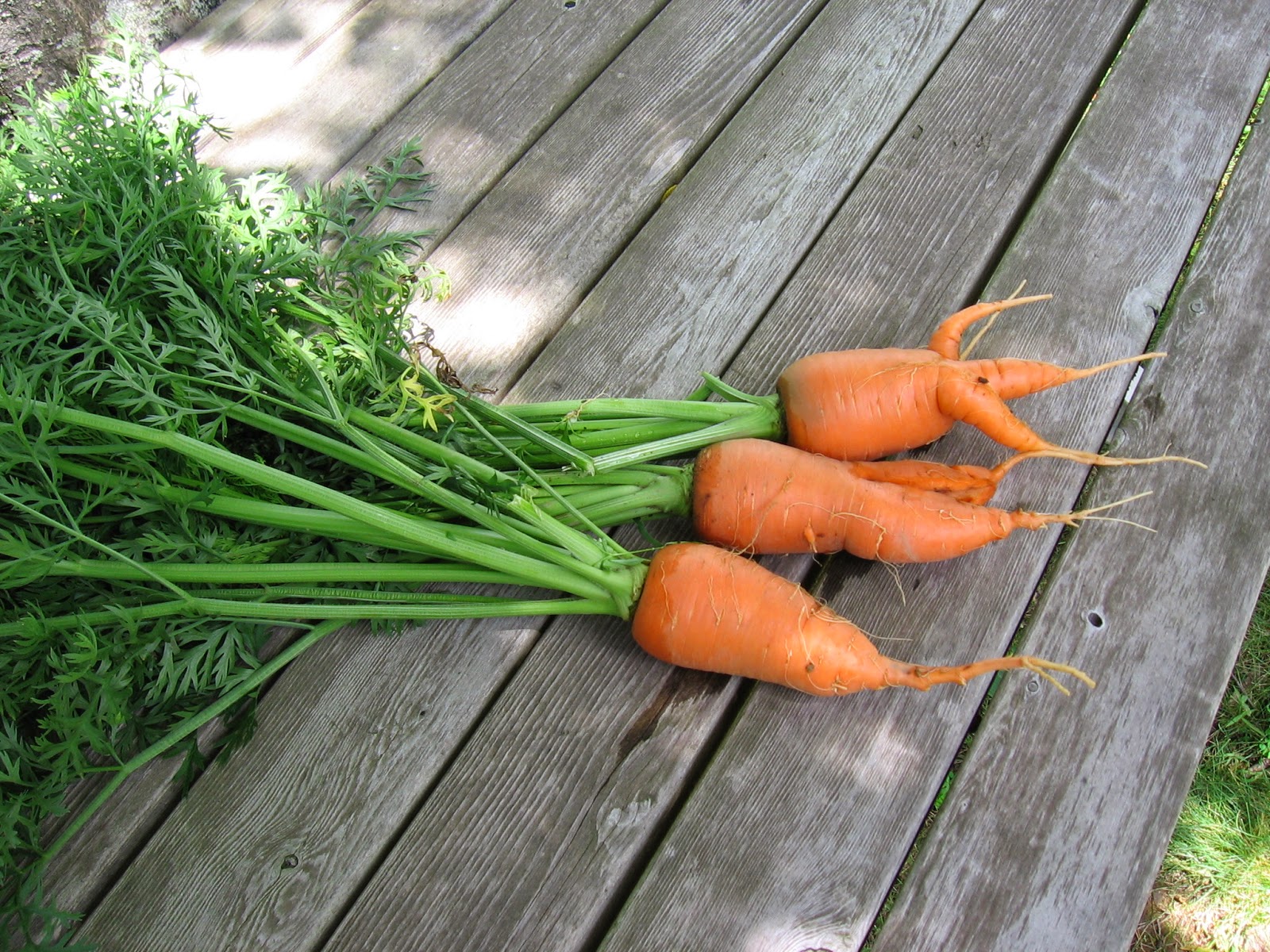 And the first tomatoes were picked.  Actually I wanted to wait a few more days and let them ripen fully on the vine, but Sunday morning I found two of the ripest of them on the ground and torn open.  I'm not sure what animal did this but thought it prudent to pick the near-ripe ones and let them ripen indoors (I blame squirrels for any damage where I can't identify the culprit).  The round ones are Crimson Carmello and the sauce tomatoes are Pompeii.  They are large sauce tomatoes. 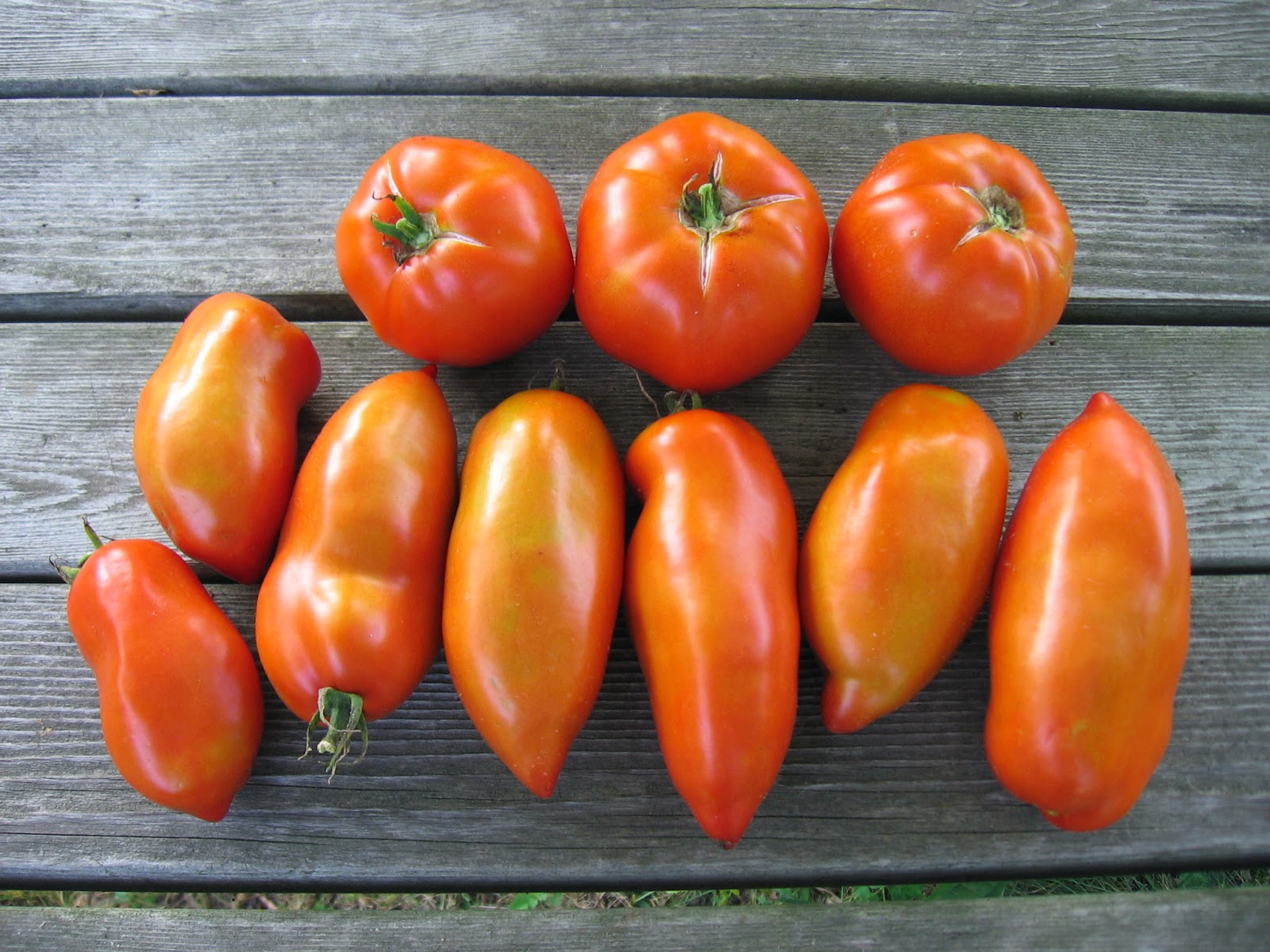 The first Fortex pole beans were ready.  I picked a little over a pound.  They are very long beans, something I did not expect. 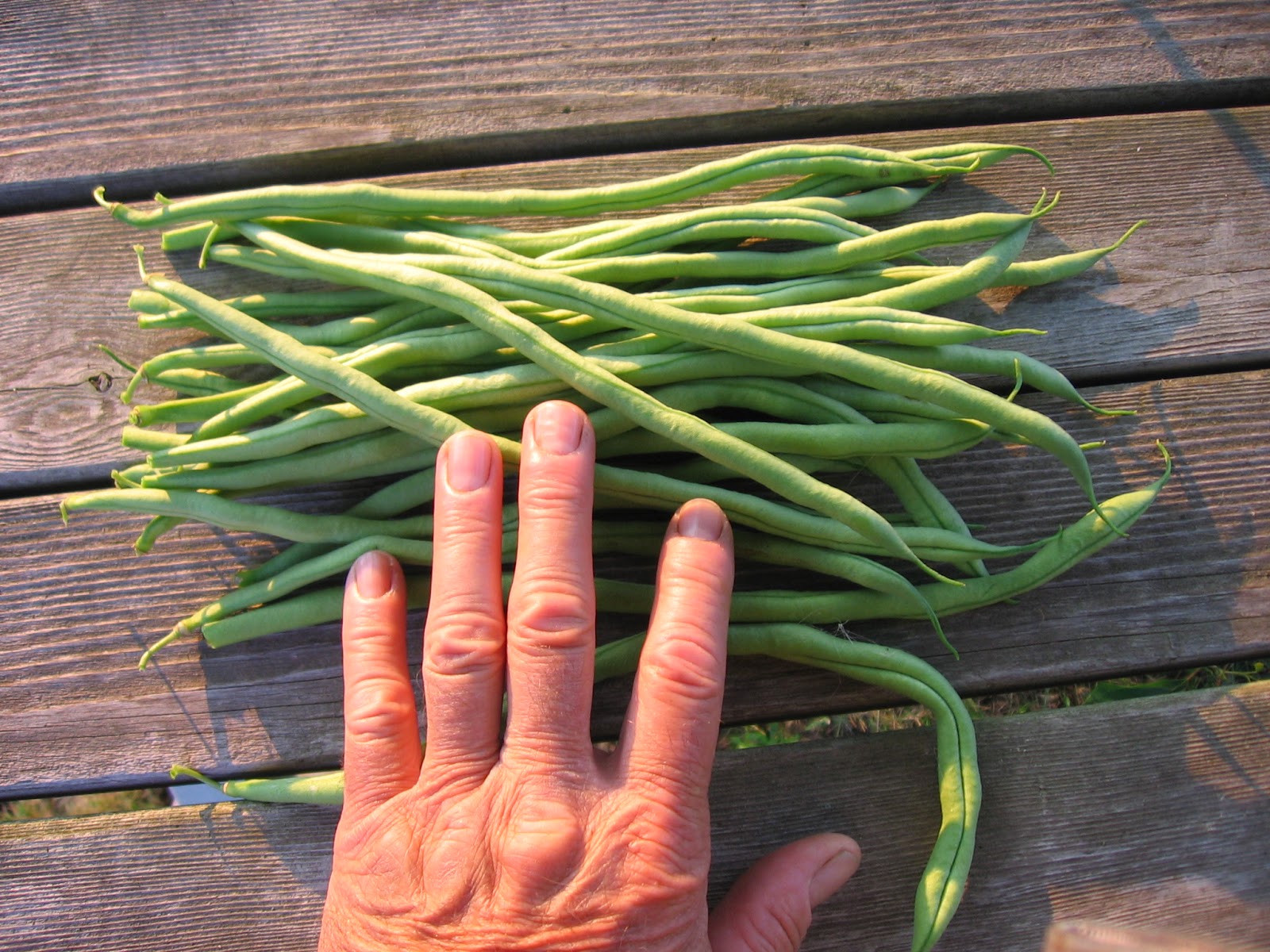 Lots of onions.  A week ago I pulled up the remaining Red Long of Tropea onions and put them on the screen to dry, 3.4 pounds. 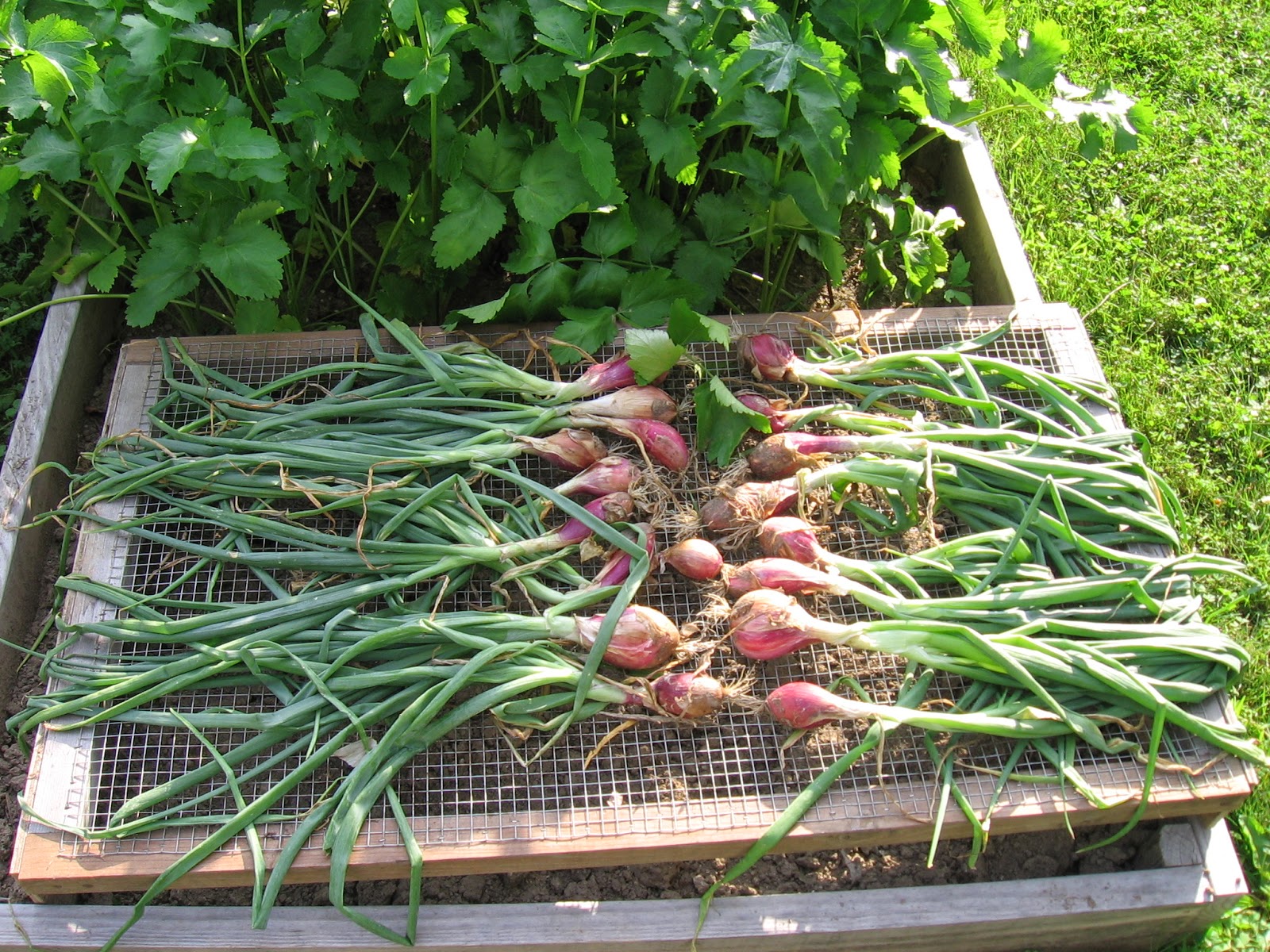 After cutting the tops off and taking them indoors for storage the Ruby Ring onions were next.  They were pulled up this weekend.  Onions are easy to harvest, by the time they are ready they are mostly sitting on top of the soil.  From this patch of onions: 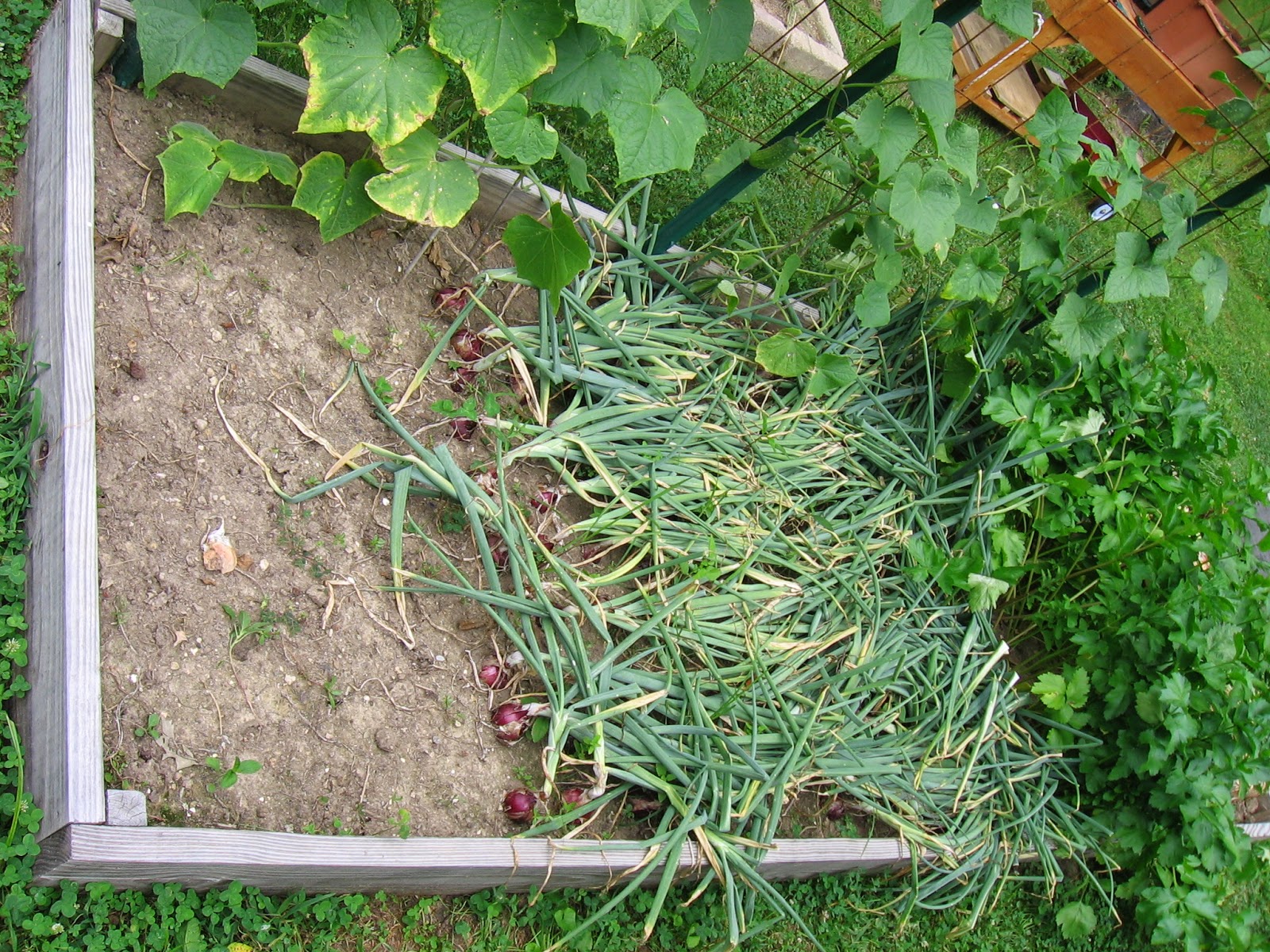 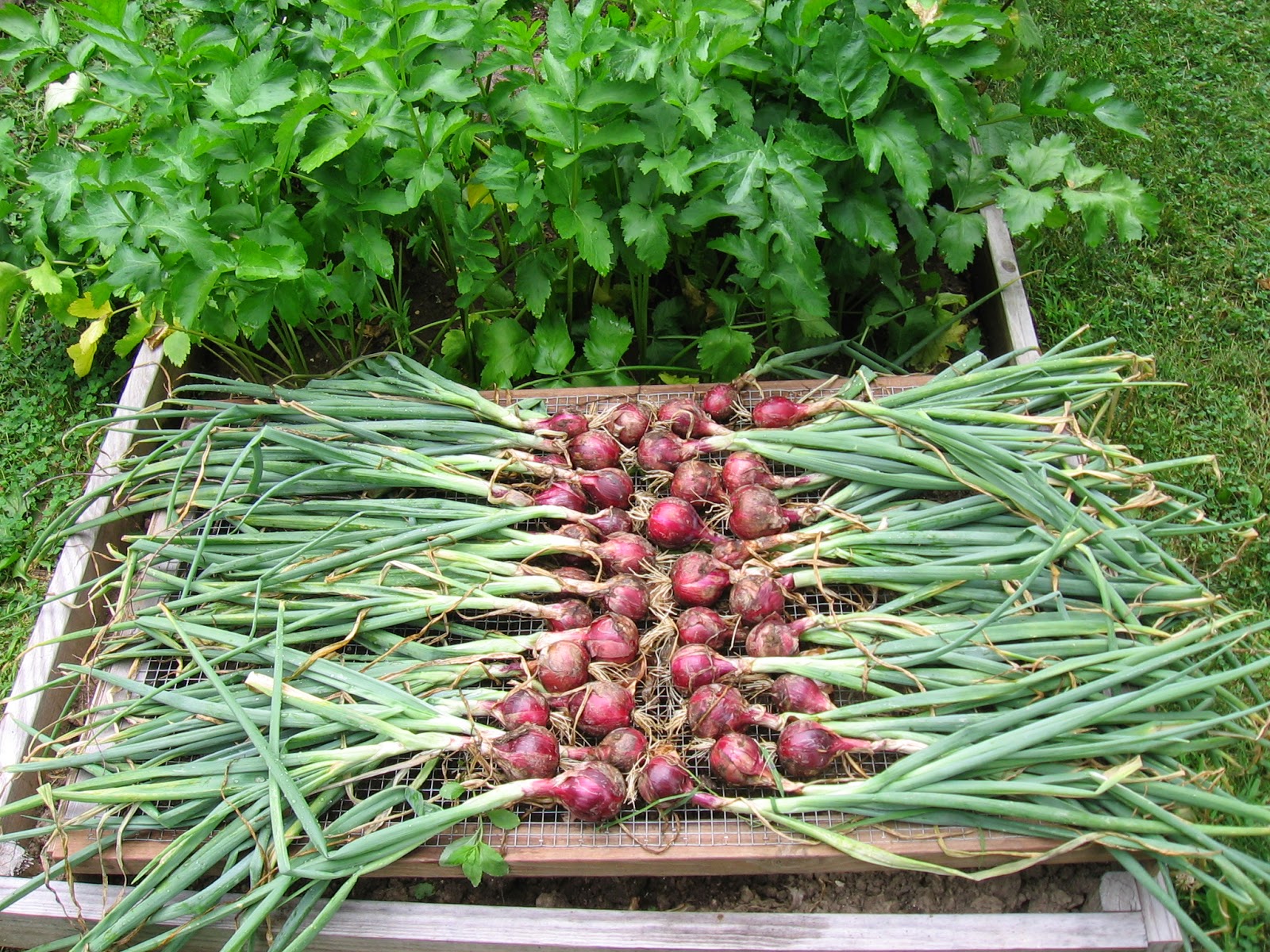 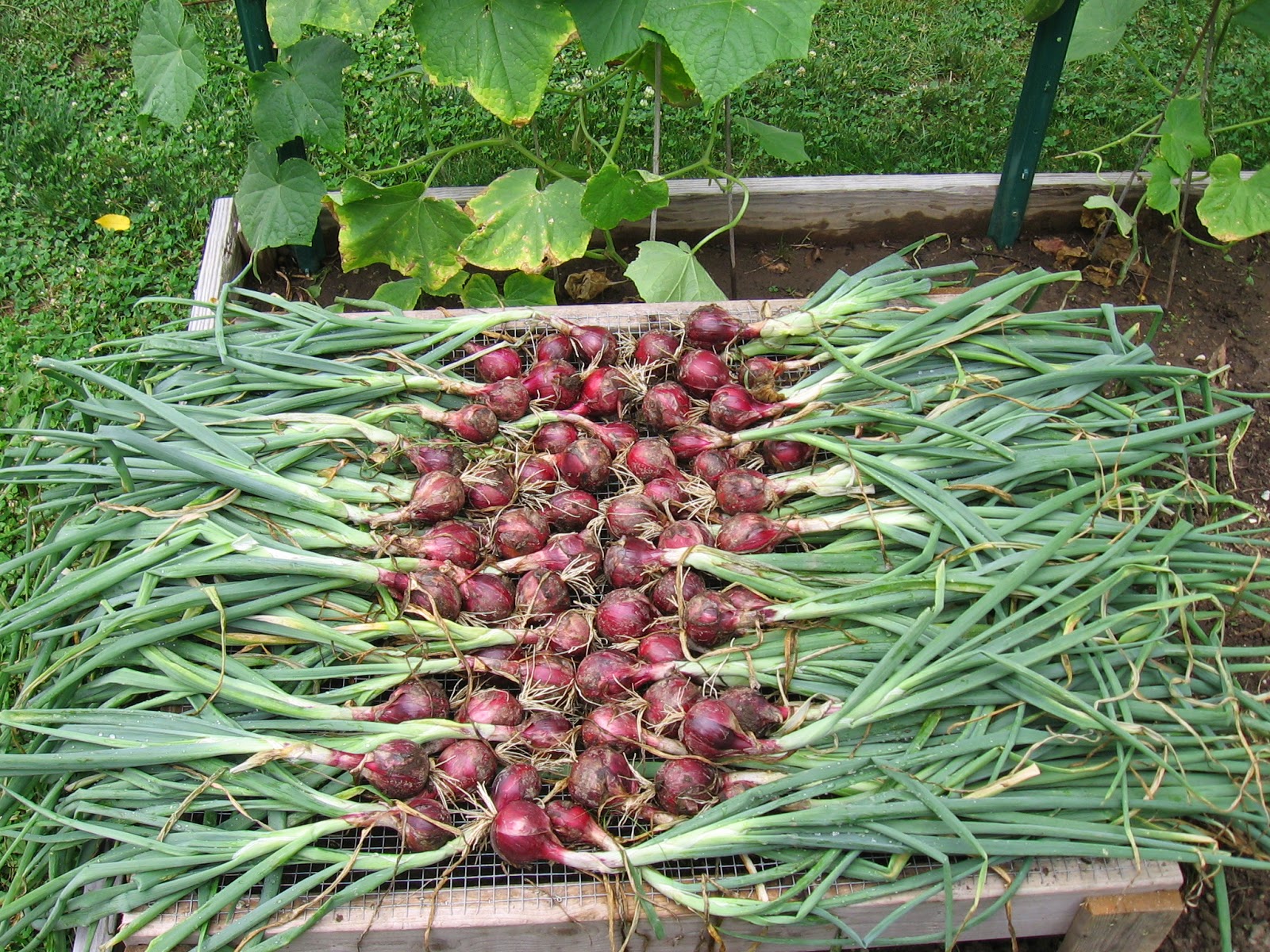 About 15 to 20 pounds I'm guessing.  I grow onions from seed and this is the second year I've grown Ruby Ring.  You never know what you are getting from starts from the hardware store. They'll need to cure in the sun for a while before I cut off the tops.  All in all a decent week, 19 pounds total: 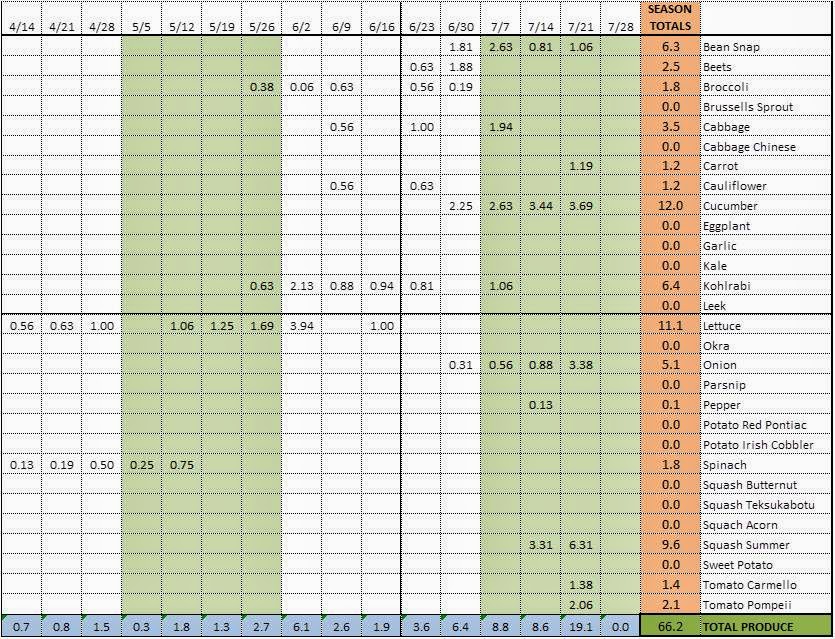 Posted by gardenvariety-hoosier at 5:13 PM

It's always great when the zucchini starts rolling in! Those Fortex look familiar. They are one of the longest snap beans I've ever grown. And they stay tender as well.

I was going to trade some yellow crookneck squash for your zucchini. We've made squash relish (about 25 half pints and counting) and I finished up some squash pickles this weekend. Honestly I'm sick of looking at the stuff. Must be something in the Indiana ground as you and Dave above always have nice looking vegetables and fruit.

Fortunately I seldom have problems with squirrels attacking my veg, though squirrels do often visit the garden. They prefer the bird food that I put out. I used to grow Courgettes (which you call zucchini), but they were not popular in my family, and I decided I could not justify the use of the space needed for growing them.

Great harvest, we grow a lot of the same things. I planned to grow Fortex again this year but when I checked the packet, it was empty! What a great bean. And the Tropea onions I don't grow for storage, I pull them for use as green onions. How well do they store?

David - I use them as green onions too. The ones that are left should supply me until the red storage onions are ready. I've never stored them for long.

I feel like I'm going to be doing that with my cucumbers. Now they are productive. The zucchinis not so much.