All in all, a very productive week - 33.2 pounds out of the garden.  In the previous post the Irish Cobbler potatoes were dug up, giving me 11.5 pounds of potatoes.  The same day a bit over a pound of carrots were pulled up.  I know it's redundant but here's the pic again: 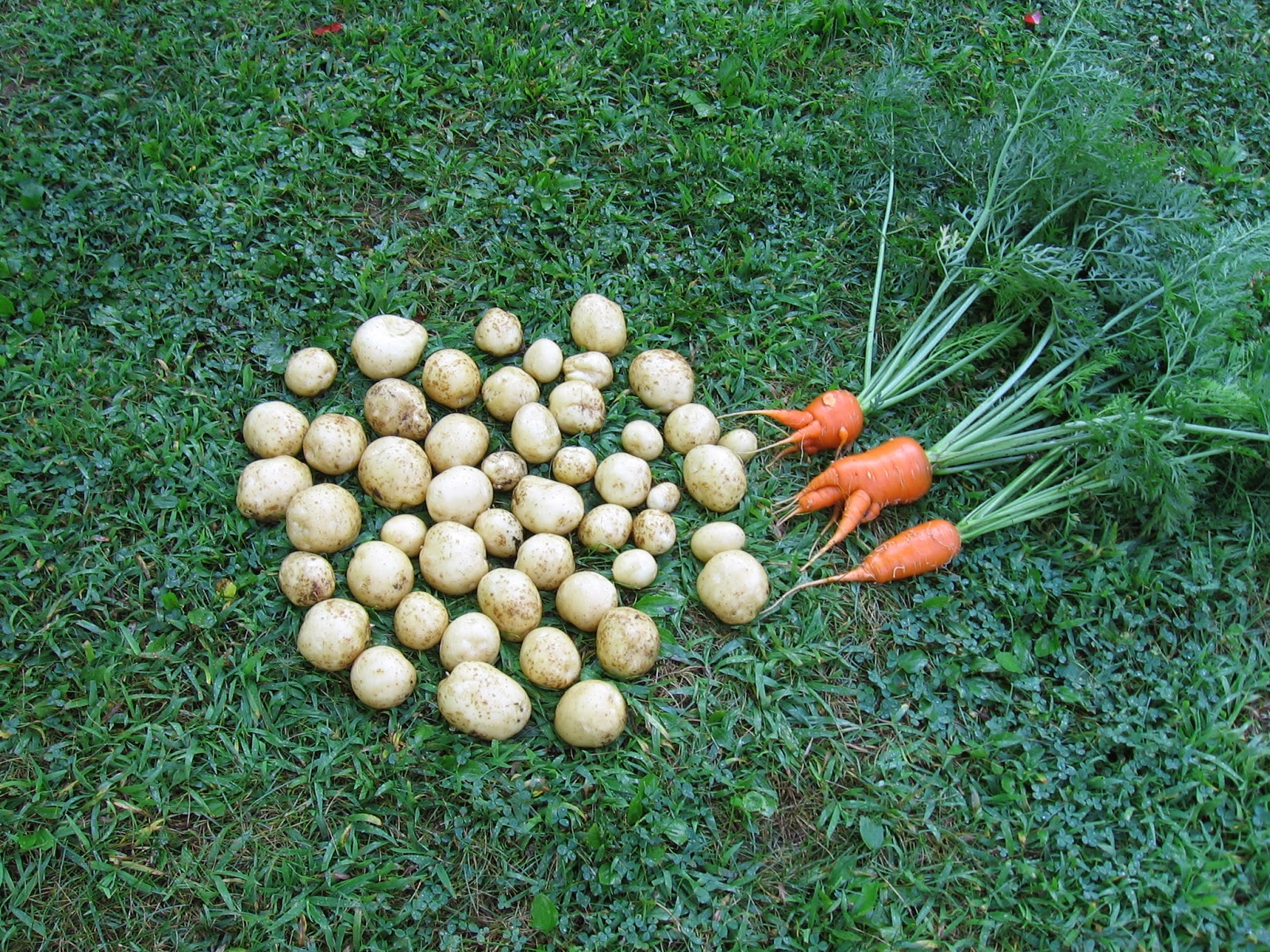 The last broccoli was harvested, a nice head at just over a pound.  The last Gonzalez cabbage was pulled up, a bit over 2 pounds (not shown): 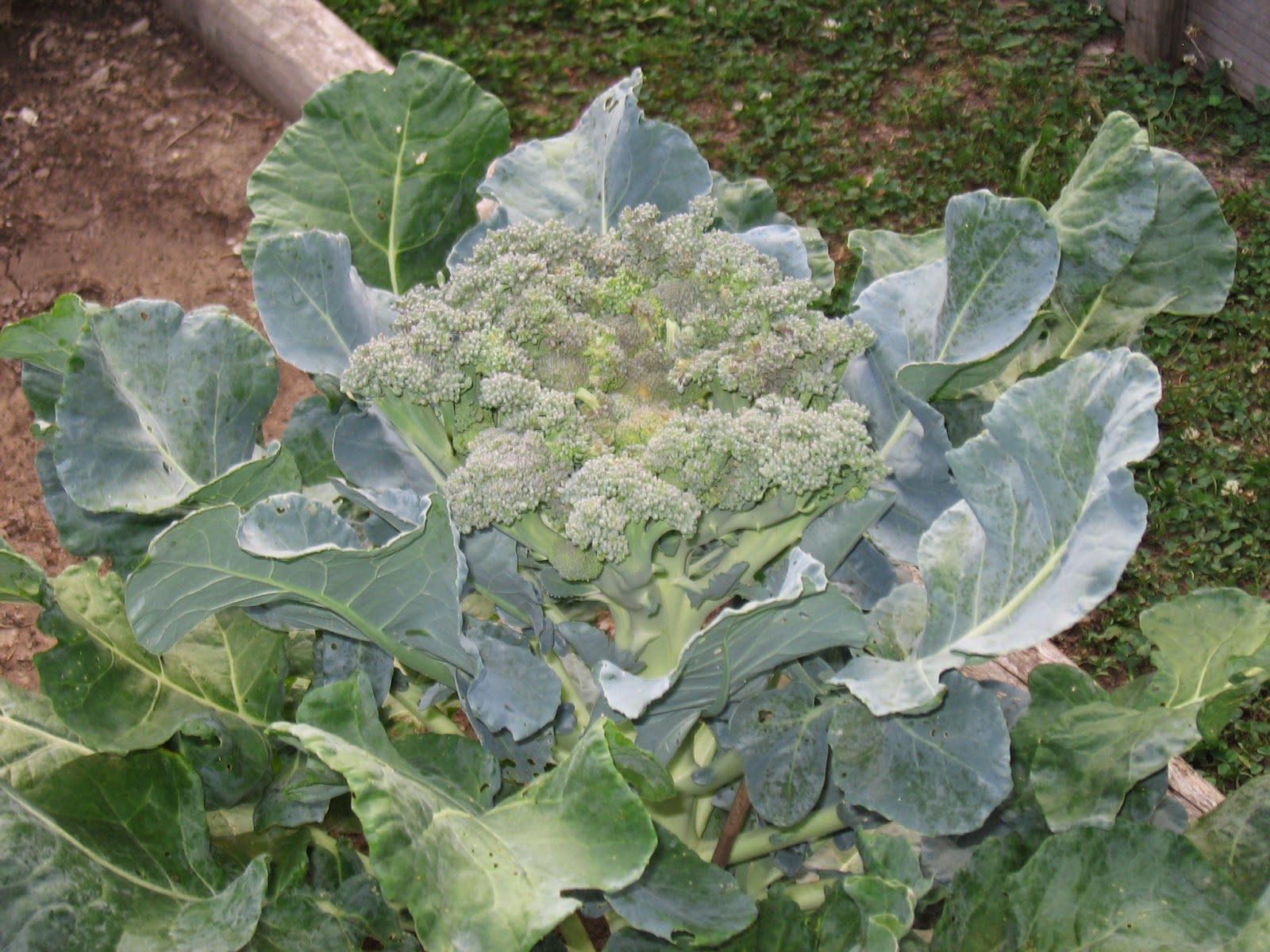 There was the usual assortment of Fortex beans (about 3 pounds), cucumbers - both pickling and slicing totalling almost 4 pounds, and of course summer squash (about 5 1/2 pounds).  It looks like the summer squash plant is slowing down, which is fine.  Pictured here are the Calypso pickling cucumbers: 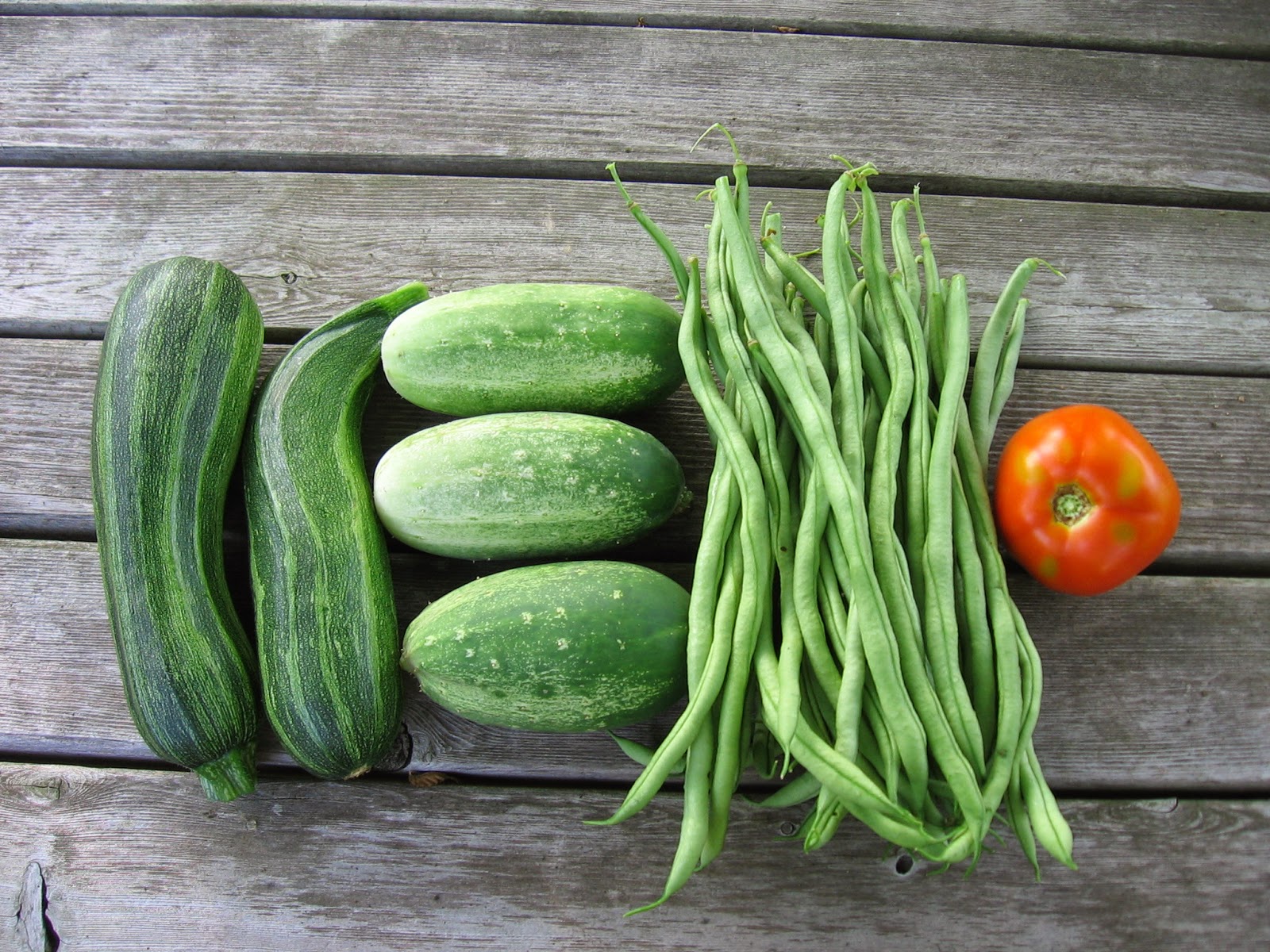 A nice picking of tomatoes, mostly Pompeii sauce tomatoes, about 5 pounds total.  Another picking this week and there should be enough tomatoes and hot peppers to make a batch of salsa.  Tomatoes this year are beset with leaf blight and it looks like it will overtake the plants by the end of August.  Next year I will definitely focus on buying disease resistant tomatoes. 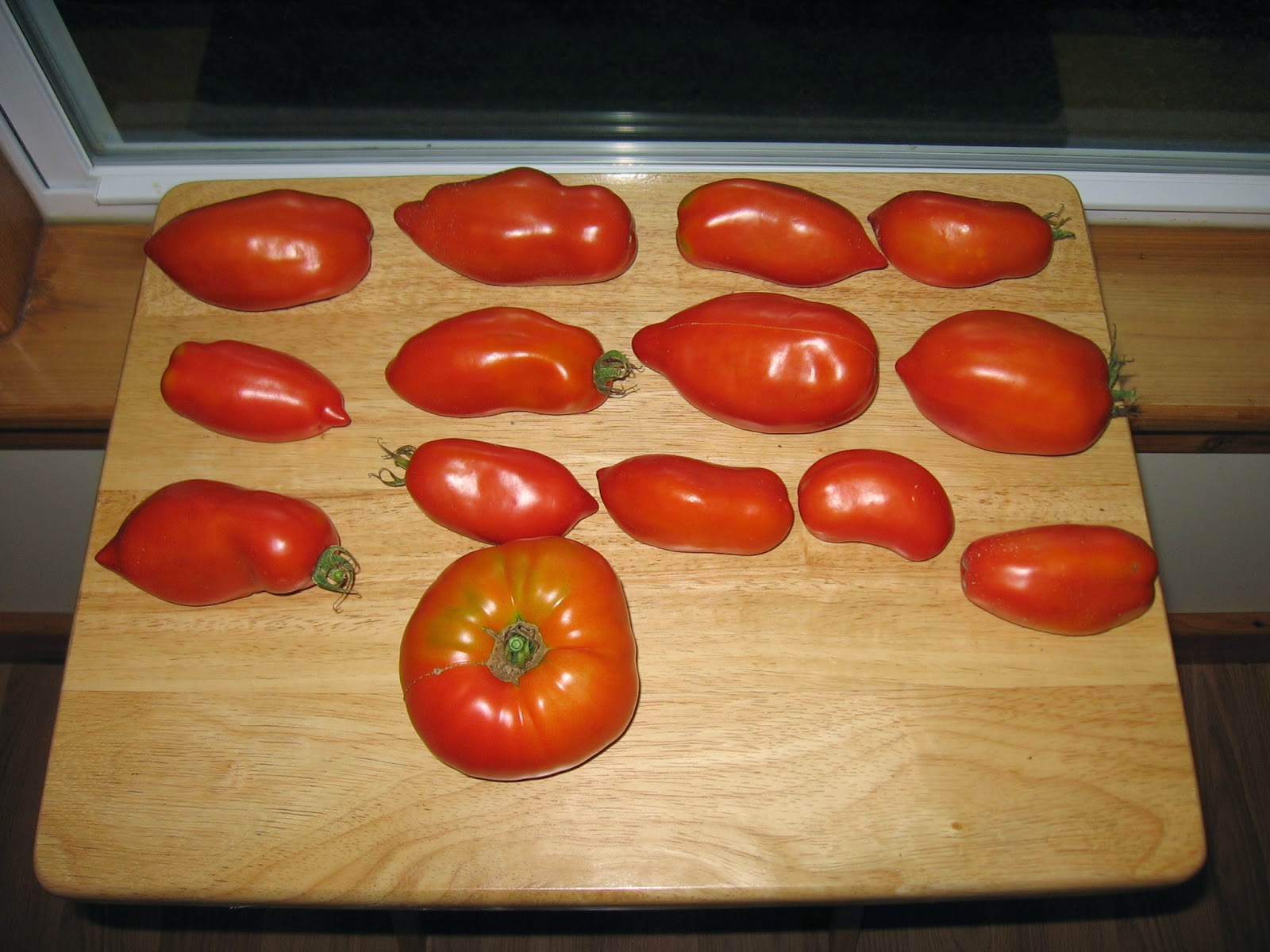 At this point yields are quite a bit ahead of last year.  In fact the total is just shy of 100 pounds so far, so overall I'm pleased with the garden production.  To see what other people are growing stop by http://daphnesdandelions.blogspot.com/ 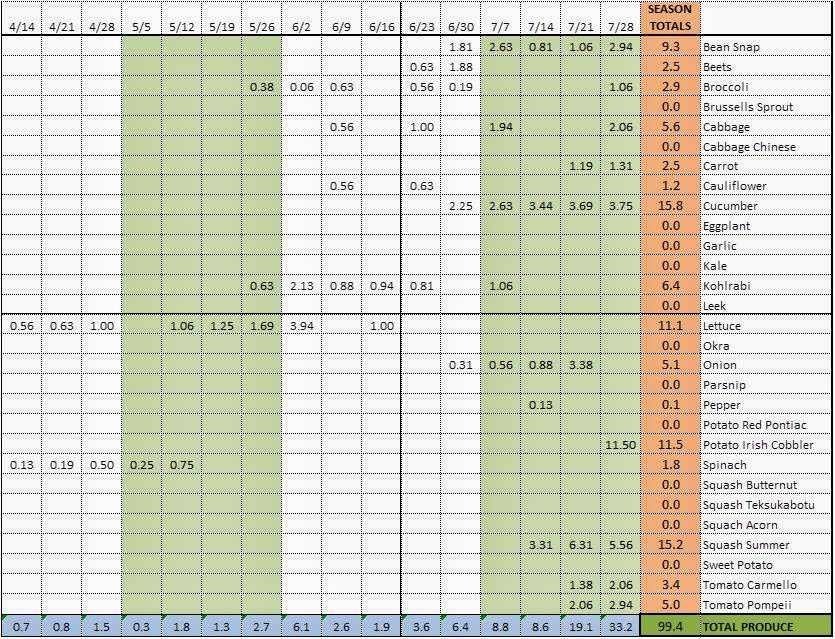 Posted by gardenvariety-hoosier at 4:16 PM

I hear you on the squash slowdown. Our took a brief break, but they seem to have gotten their second wind! I've never grown Cobbler potatoes, though I know they are popular around here. If they are starchy then they are a candidate for next year's garden.

Nice haul. My tomatoes are showing all kinds of yellow leaves as well, particularly the Big Beef. Hope they last long enough to harvest the tomatoes.

I haven't eve heard of Irish Cobbler potatoes. It looks like you have a super harvest of them. I have grown Taxi tomatoes before. They were always the first to ripen for me. Really reliable performer. Have a great growing week.

What sort of broccoli is that? And are we seeing the main head or is it a mass of sideshoots after the main head has been harvested?

Looks like you have nice harvests this week. I'm in a squash lull as well. I lost most of the first round to vine borers and the second round of squash are just now producing. My tomatoes also have blight worse than ever before. I really need to plant some resistant ones next year too.

Lovely harvests. I'm way ahead of last year right now too. But I don't think I'll every match 2012 again as that was such an amazing year being so early.

Mark, the variety is Belfast, the first (and probably last) time it has been grown here. Yes that is the main head and all the heads of this variety have been like this.