Lots of diversity this week, which is to be expected this time of year.  I picked a little less than a pound of Red Tropea onions.  This is a Diva slicing cucumber, a Beit Alpha cucumber that is delicious. 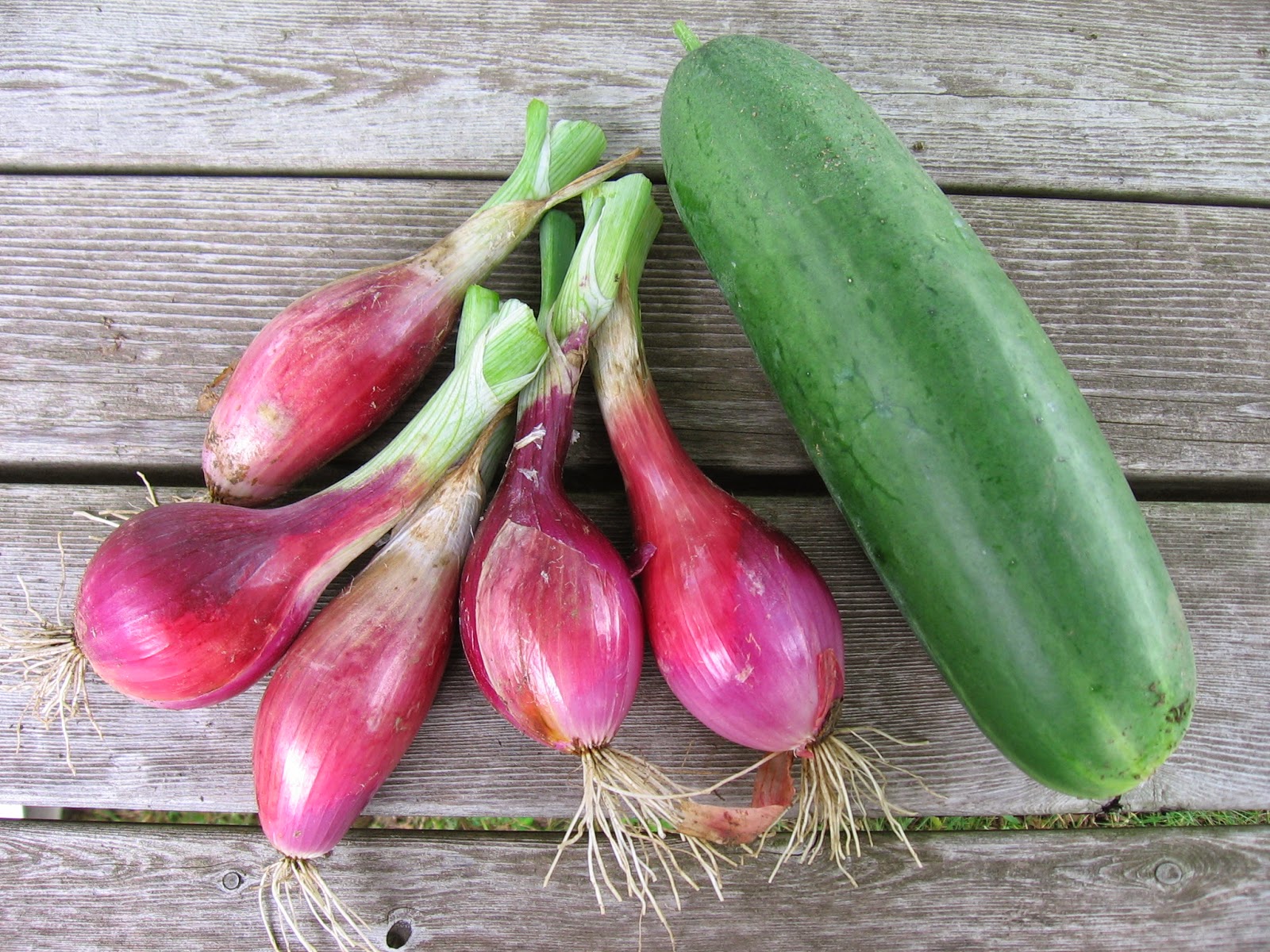 The first of the summer squash were picked, then two more in quick succession.  These are Cocozelle.  Each one was a bit over a pound.  Also a few Jalapenos were ready to pick. 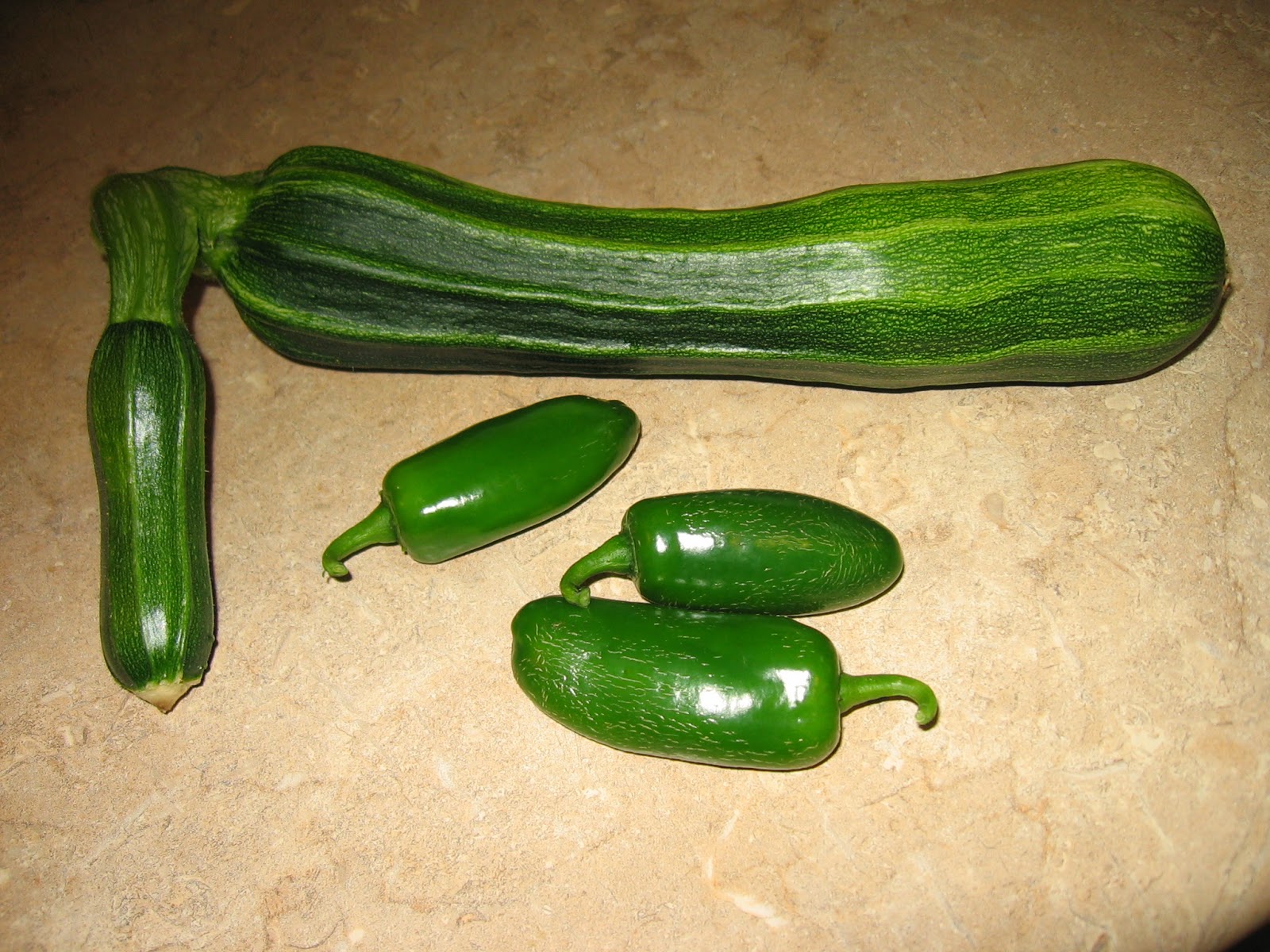 The Provider bush beans have really slowed down, which is fine as there are still some in the refrigerator.  Still I picked nearly a pound.   It won't be long and the Roma II bush beans and the Fortex pole beans will take up the slack.  The Calypso pickling cukes are trickling in.  I slice them into quarters and put them into a jar of pickling juice as they come in. 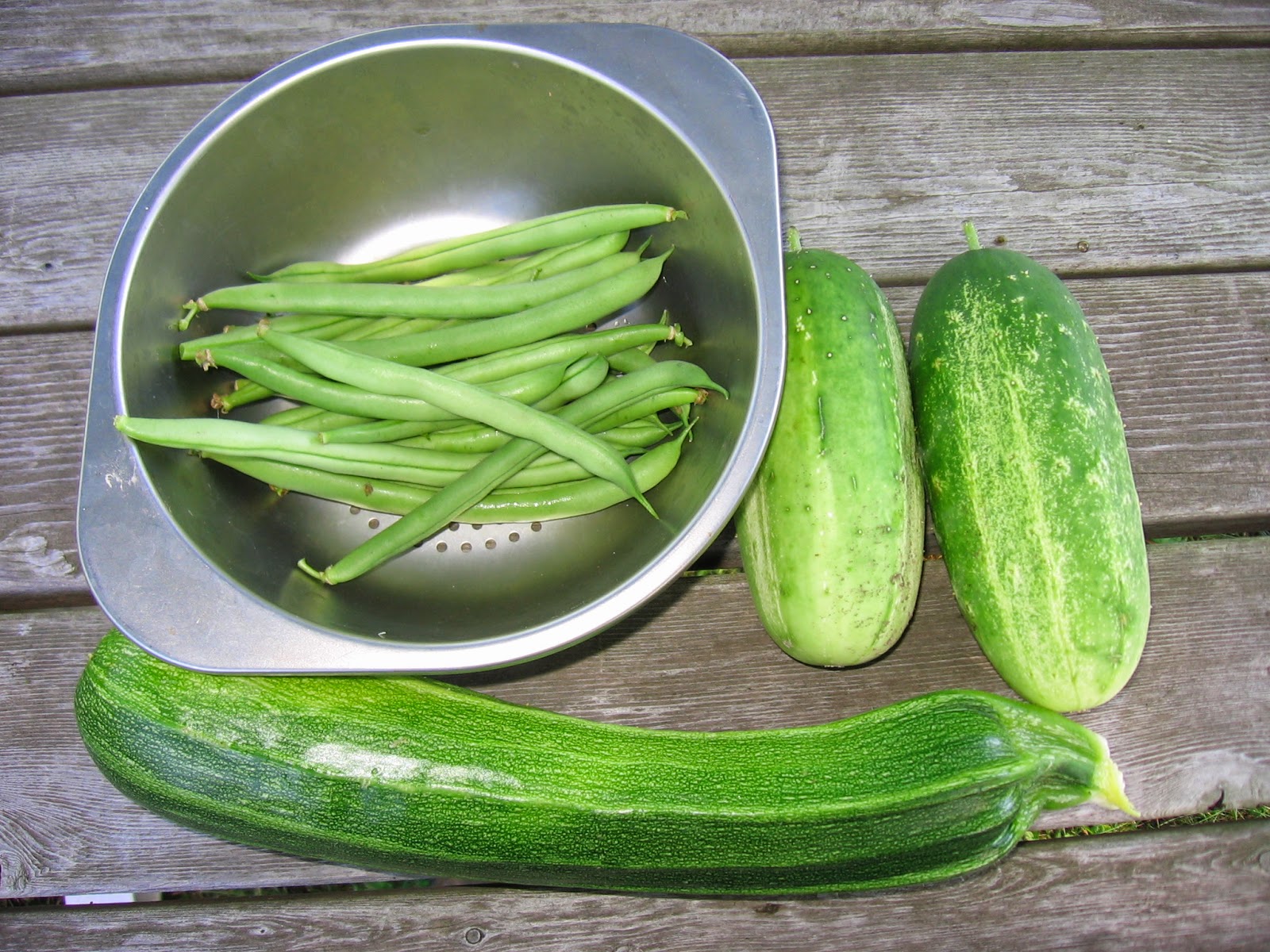 The total for the week is 8.6 pounds and for the season so far 47 pounds.  Next week I expect to pick the first tomatoes.  To see what other people are growing go to http://daphnesdandelions.blogspot.com/
Posted by gardenvariety-hoosier at 3:28 PM

Love those Red Tropea onions. Due to a mixup I was shipped (and planted) a red cippollini which did well but isn't the same thing at all. Of course I didn't know that until harvest time. I need to try some of those Calypso cukes. I bet they would be good for lacto-fermented/14 day type pickles. I'll add them to my 2015 growing list.