This was the most productive week so far this year with a little bit of everything in the mix.  Some cole crops are still coming in.  I picked a Gonzalez cabbage, the nicest one yet at around 2 pounds and a kohlrabi bulb weighing in at about a pound. 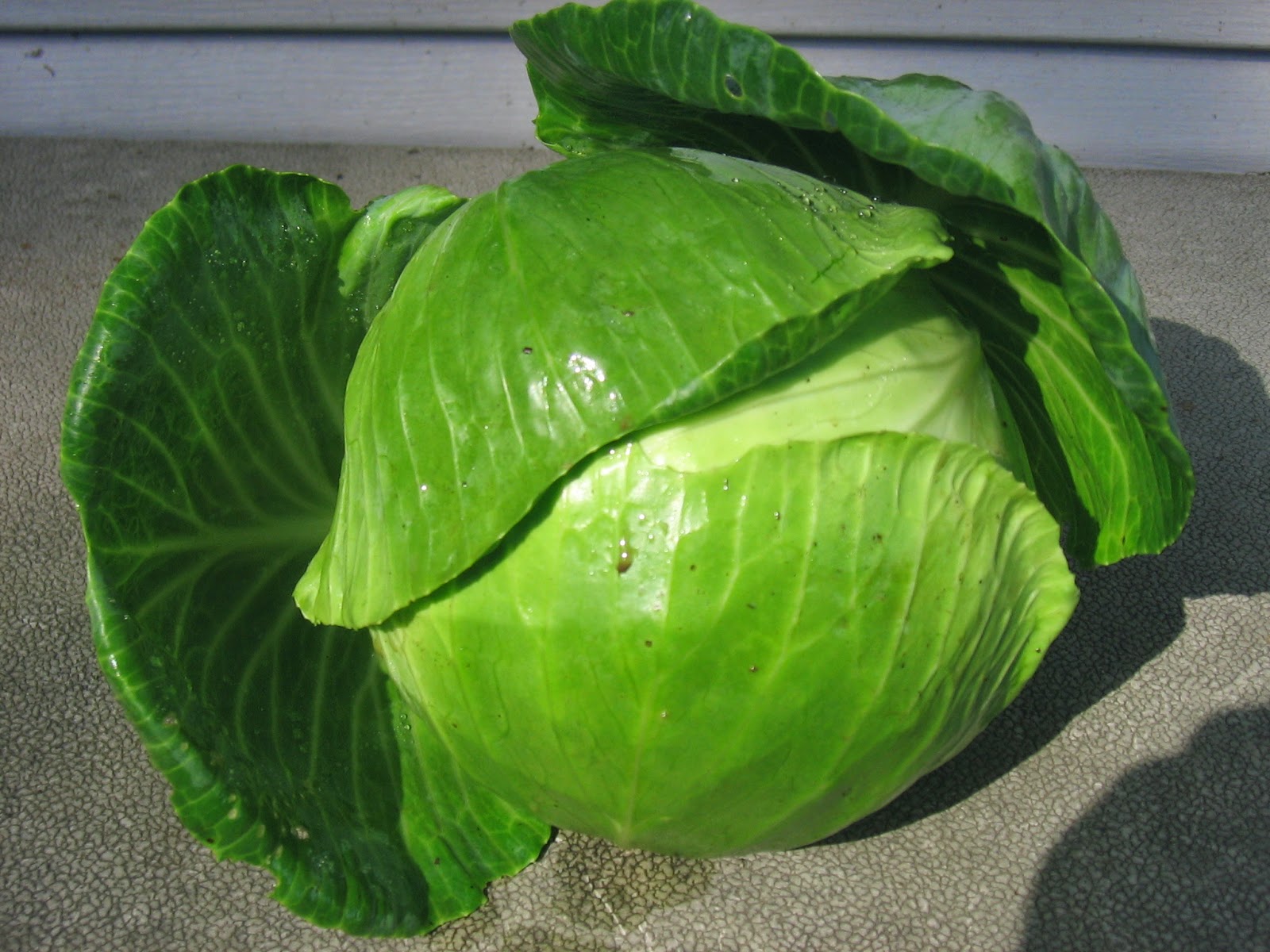 That head of cabbage reminds me of Aubrey from Little Shop of Horrors.   "Feed me, Seymour." 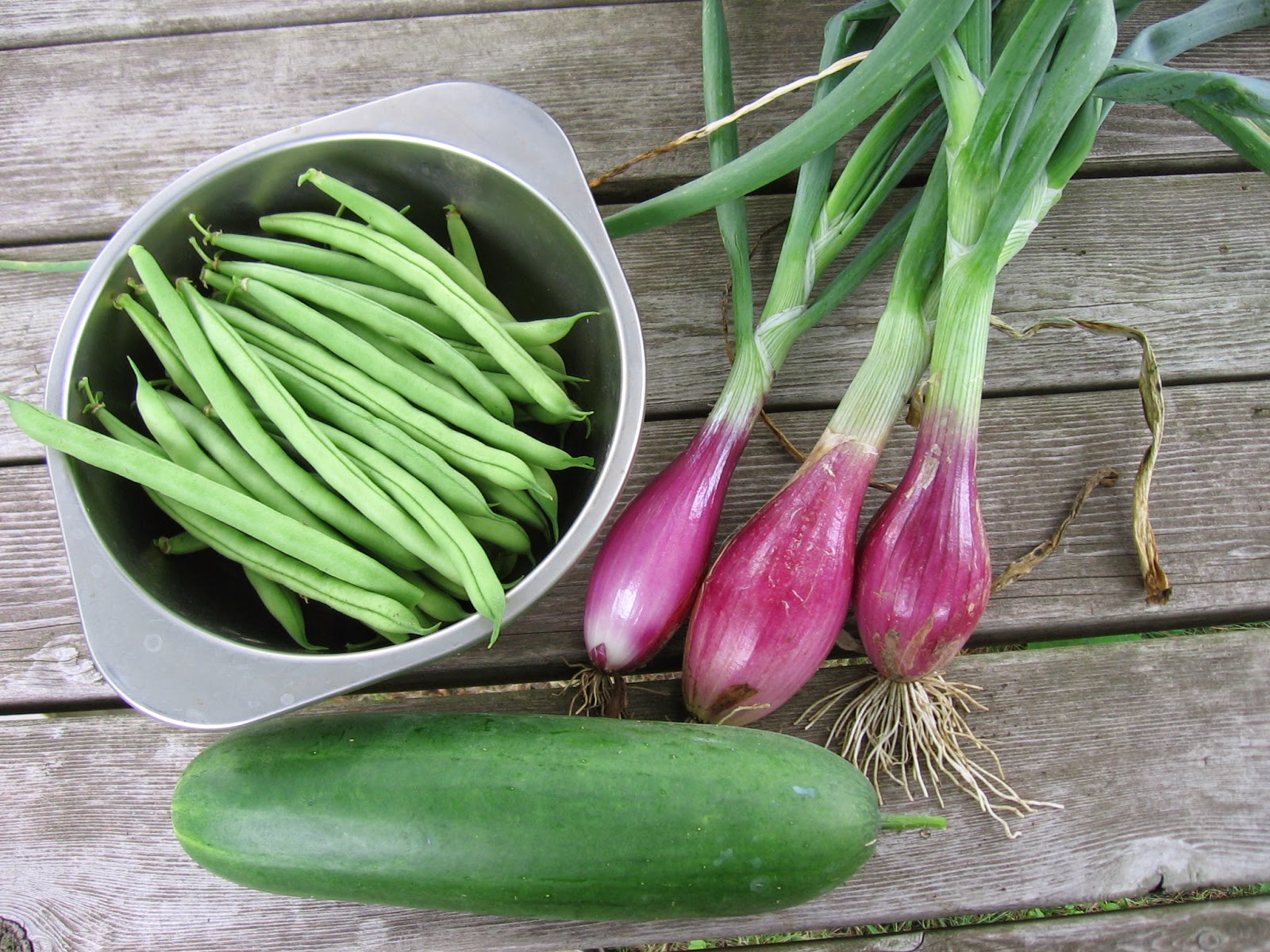 The beans came on so fast and were accumulating in the refrigerator so I had to freeze some.  Fortunately production is slowing down now, at least until the Fortex pole beans and the next set of Roma II bush beans start producing. 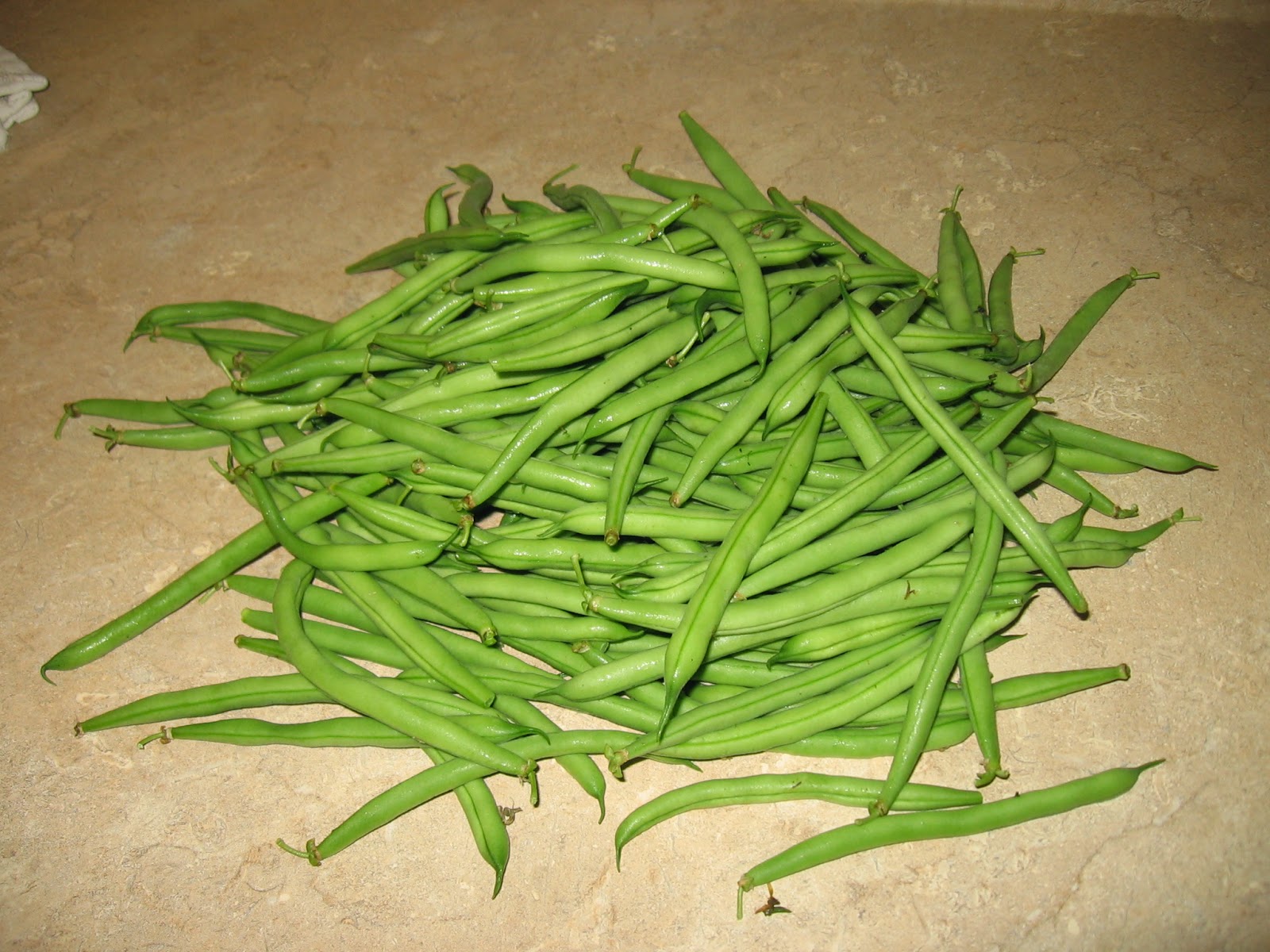 Sunday I picked another Diva cucumber and one Calypso pickling cucumber and of course more beans.  I made refrigerator pickles with the first flush of Calypsos but it looks like they are trickling in one at a time now.  That's fine, they can be sliced up and put into one of the jars as they empty out. 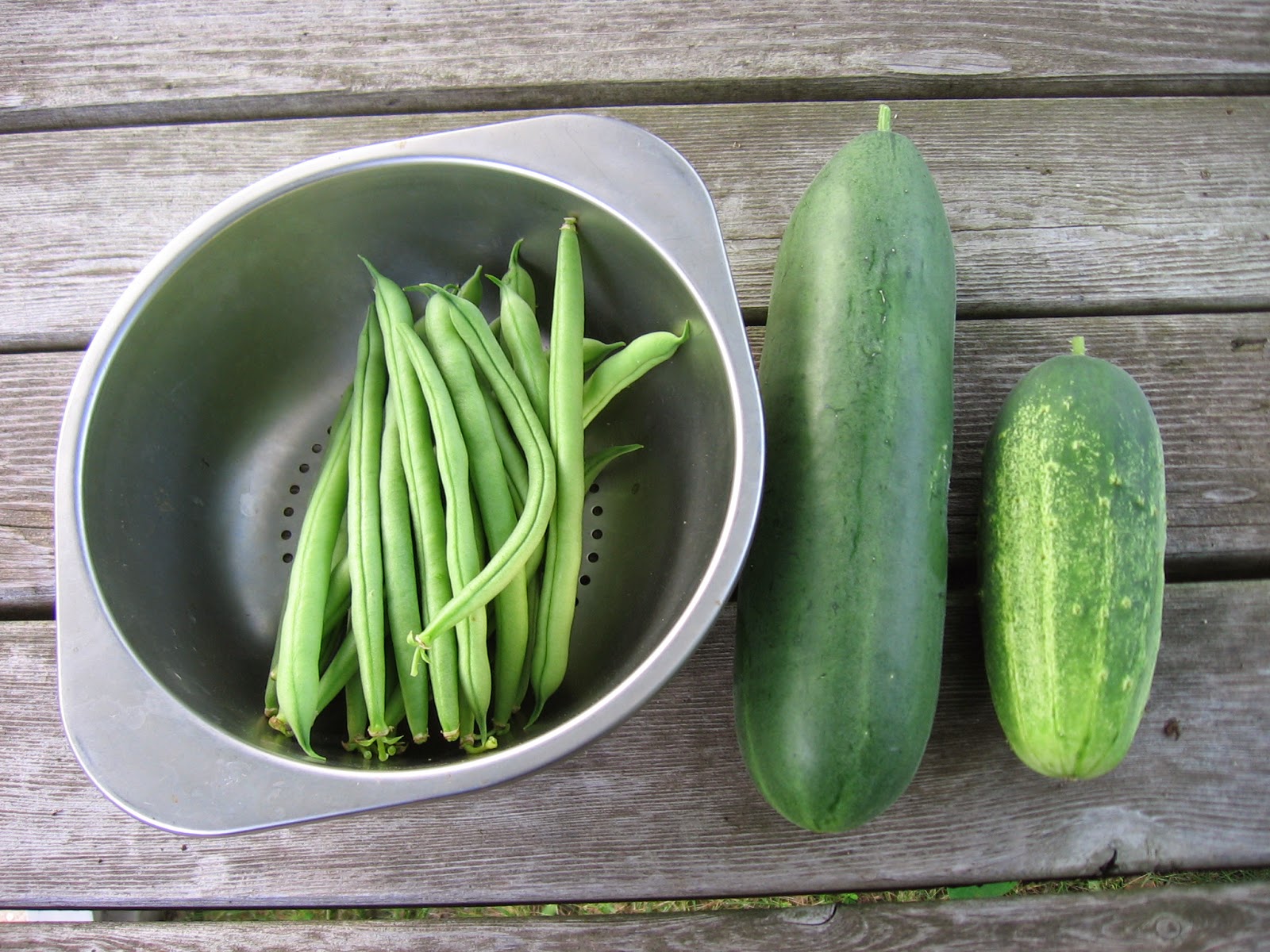 Conspicuous by its absence is any summer squash.  There are two plants in the beds, a Cocozelle and a Burpee's yellow variety and so far any squash that have formed have gotten what looks like blossom end rot. I don't really need two summer squash plants, but planted them as a form of insurance policy against the squash vine borer.  I'll probably pull up the yellow variety if it doesn't shape up by week's end, since the Cocozelle now has some decent looking squash forming up. 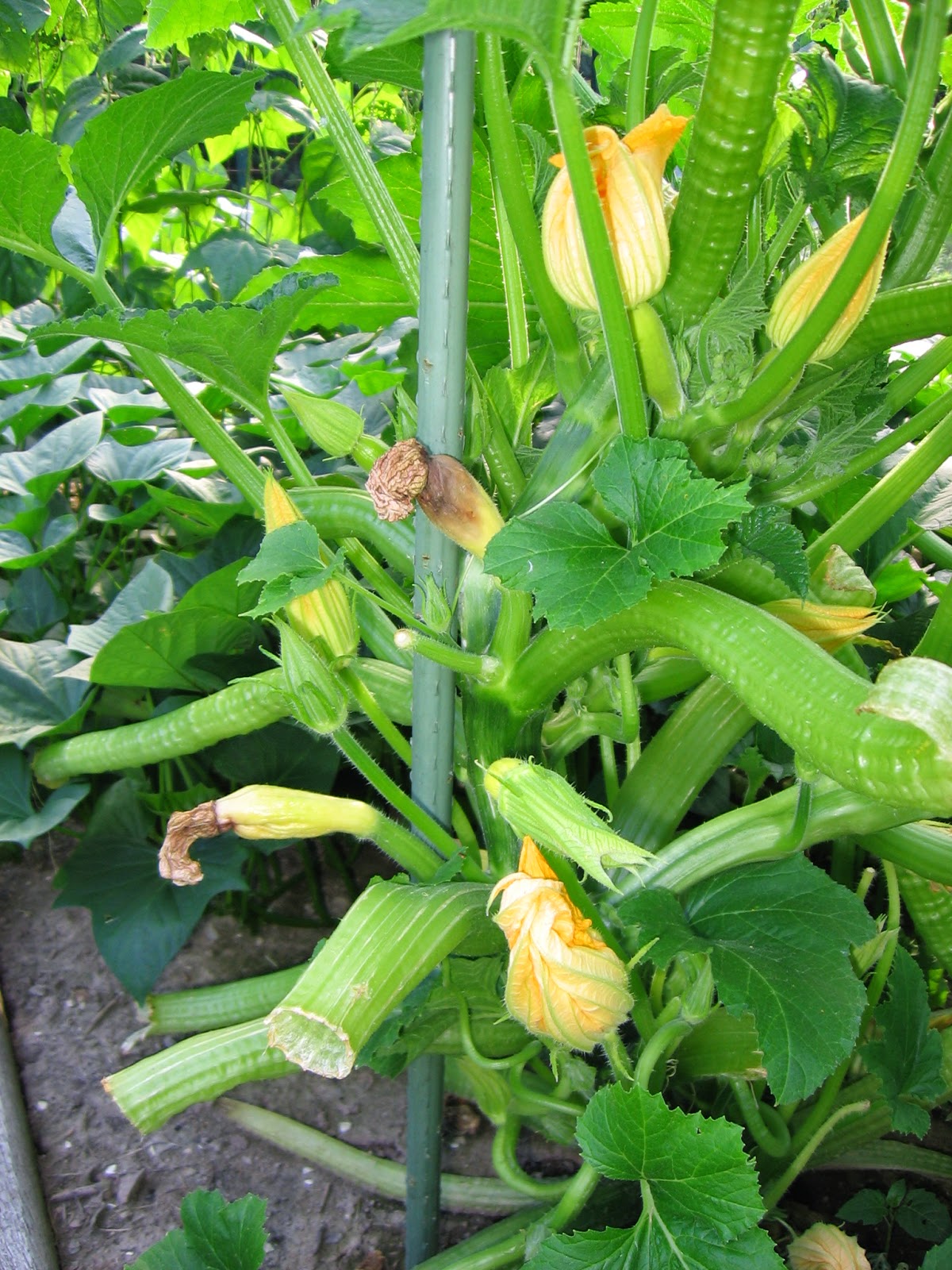 The Teksukabotu winter squash are growing at an amazing clip in the new bed.  I thought that the Metro Butternut was a vigourous grower but the Teksukabotu puts them to shame, already covering much of the trellis.  There's 2 of the Teks, 2 butternuts and 2 Honeybear Acorns in the bed. 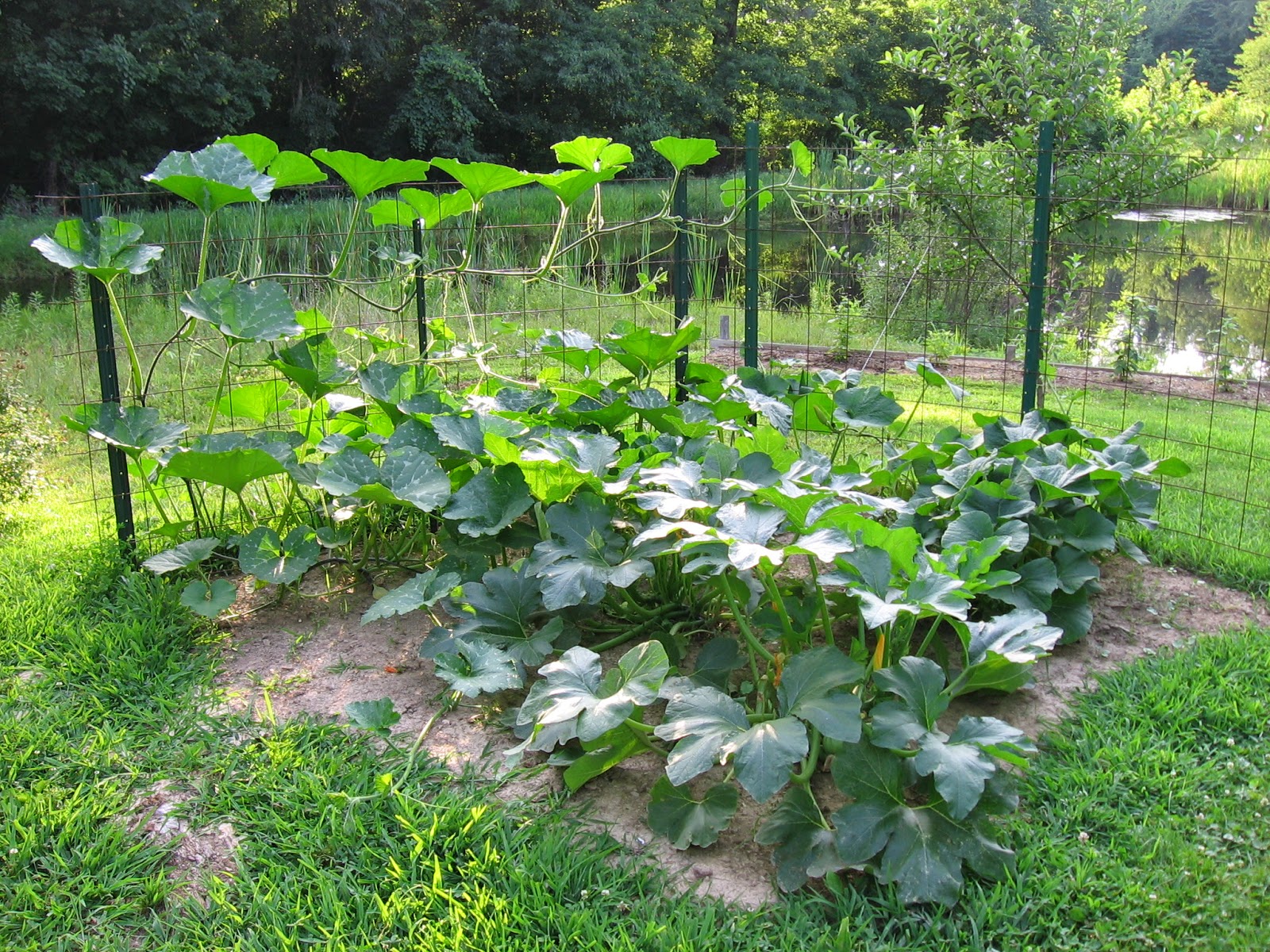 On the other side of the trellis the Teks are just running on the ground.  This area is somewhat barren, where the builder scraped off much of the topsoil.  I won't mow it now that the vines are running rampant since it never had any kind of decent turf established on it.  It will be interesting to see how far they get. 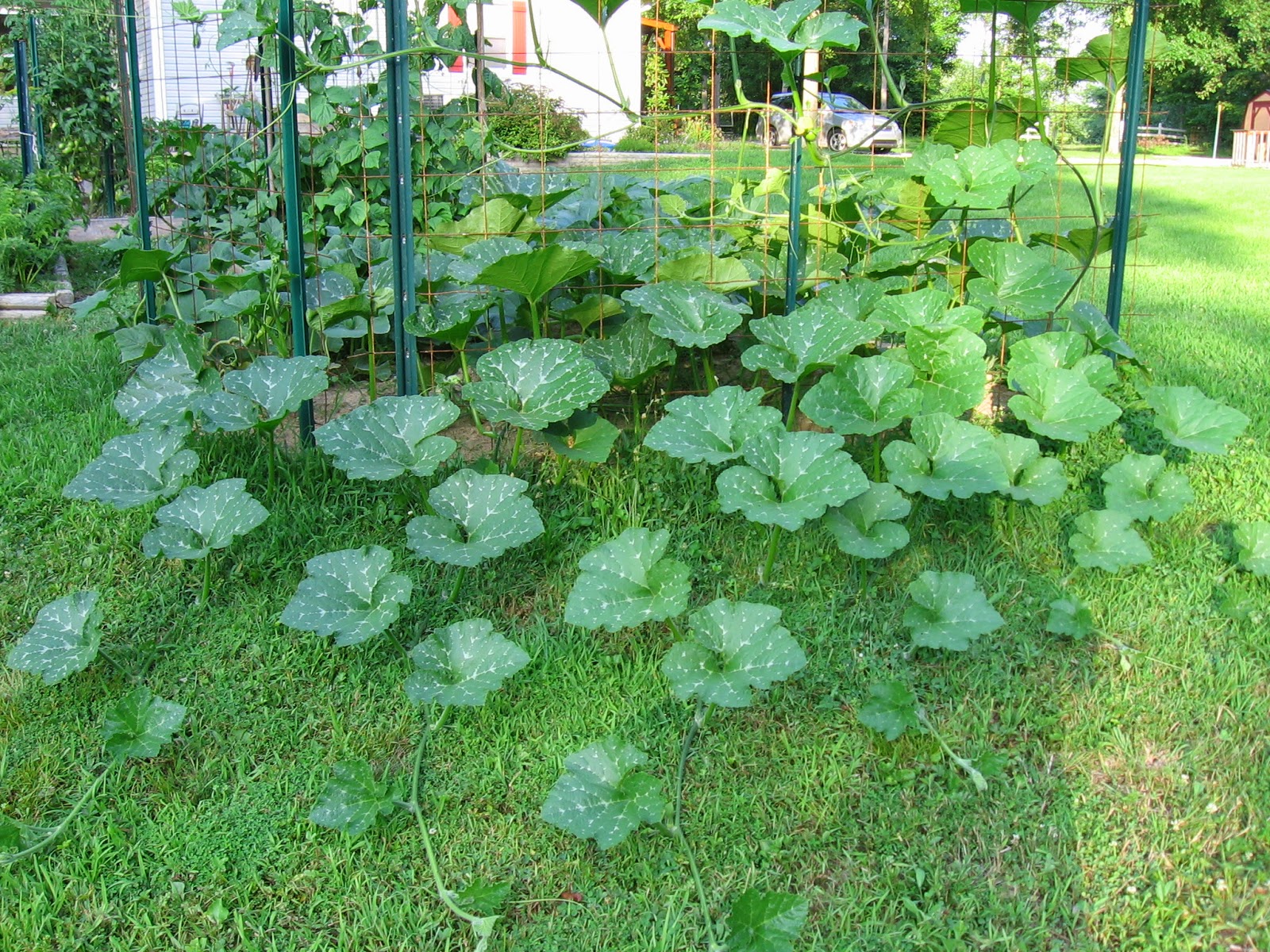 For Excel geeks here's a summary of the yields to date.  For the week 8.8 pounds, almost 39 pounds for the year. 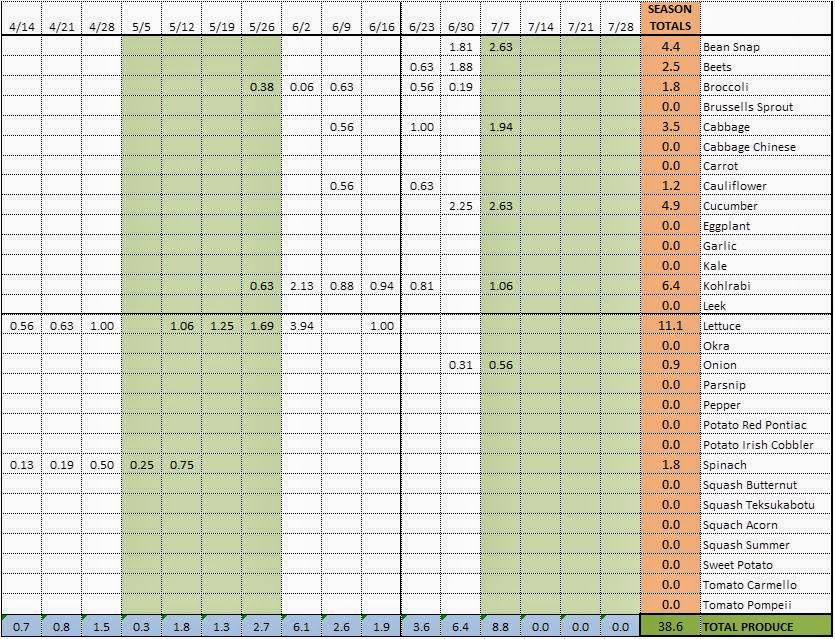 To see what other people are getting from their gardens, visit http://daphnesdandelions.blogspot.com/

And it's time for the biweekly overview of the beds.  I took this shot last evening.  The pole beans now cover most of the trellis and the winter squash cover most of their bed.  On the other hand most of the cole crops are now out.  It's probably close to peak foliage. 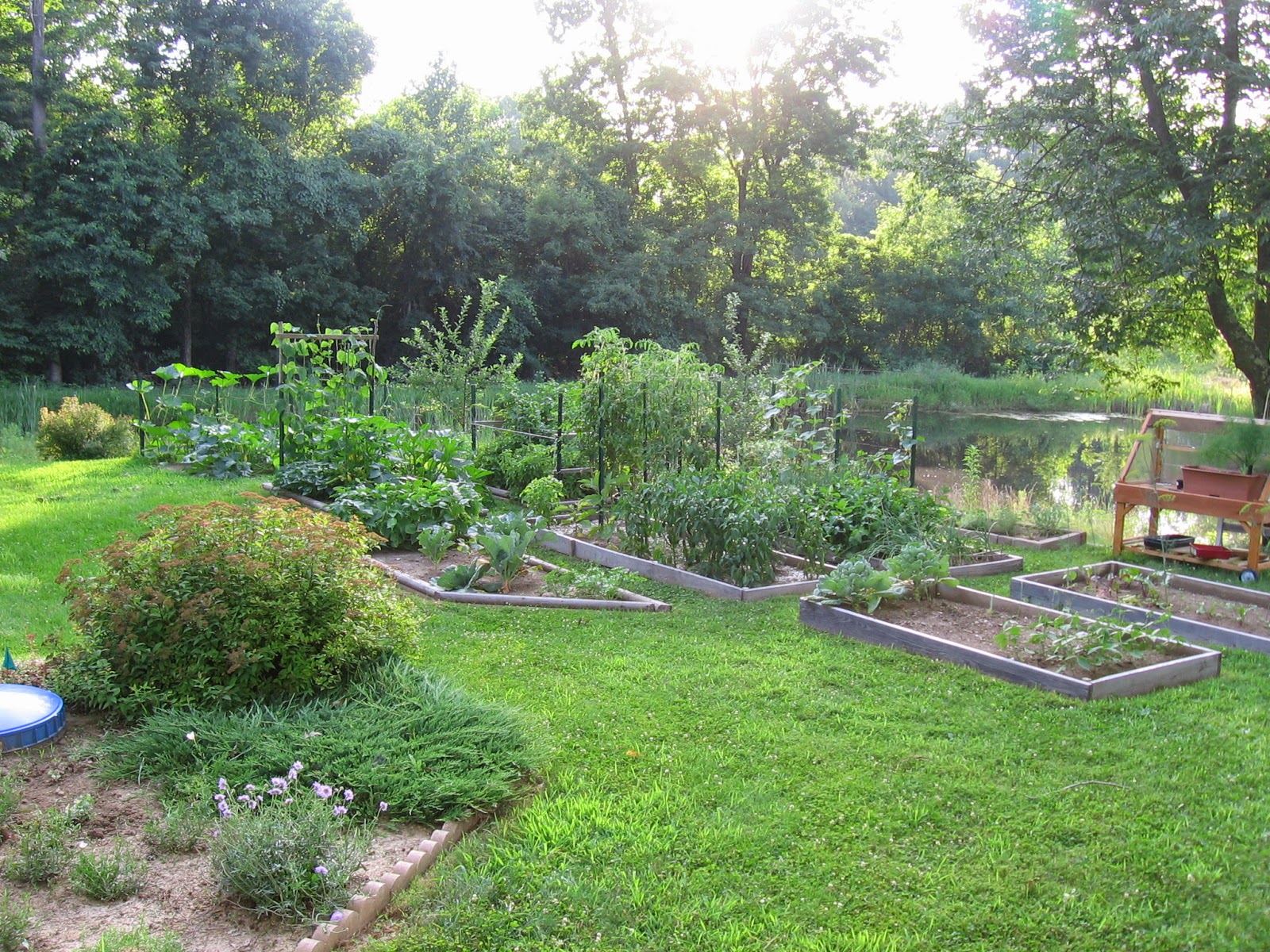 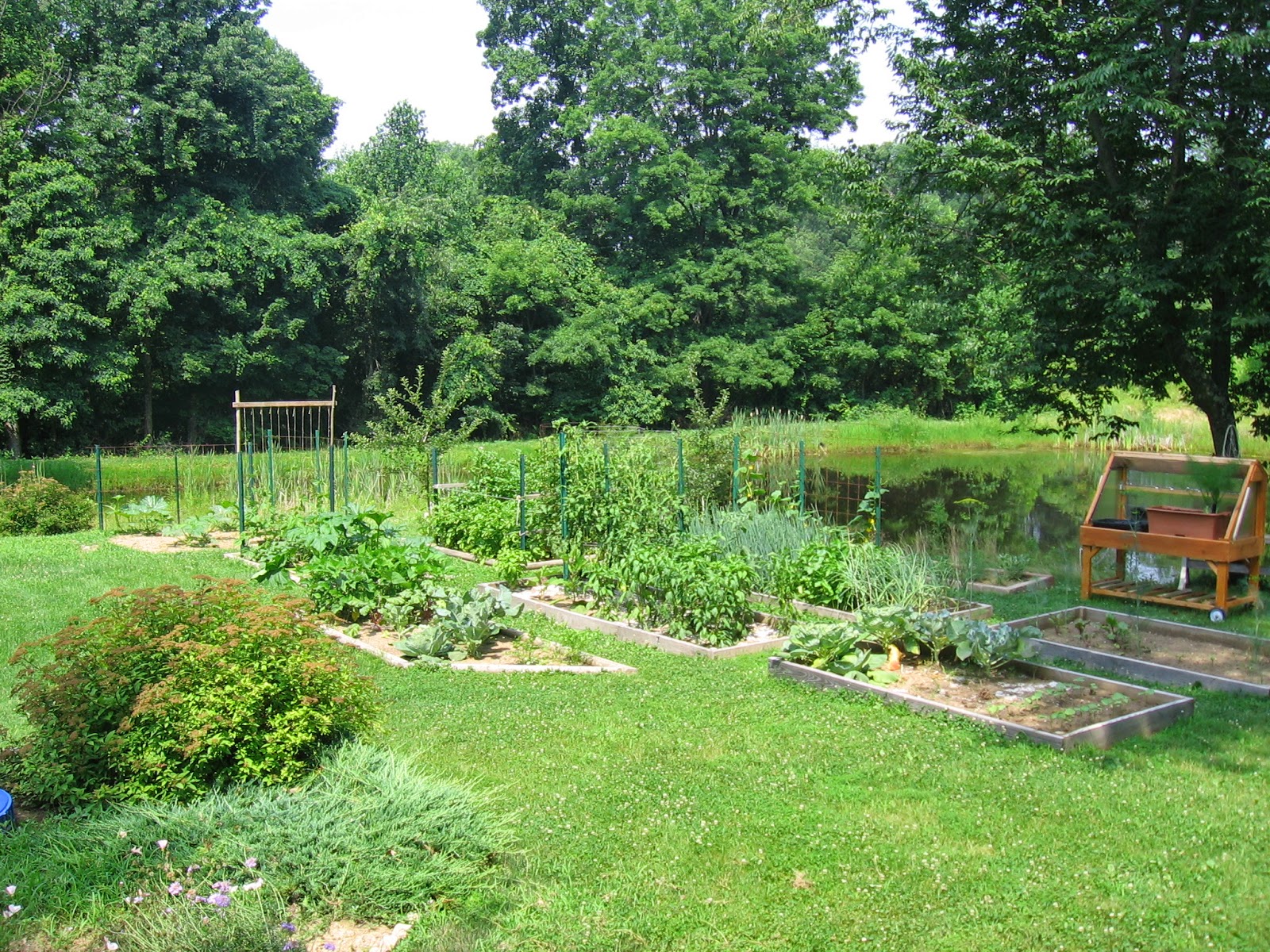 Posted by gardenvariety-hoosier at 6:12 PM

Seeing your Winter squash running away over the grass confirms that I made the right decision not to grow any - I just don't have the space! I have tried "Butterbush" a couple of times, but it has gone to the opposite extreme - so small that it was not viable.

That's a lovely cabbage. I'm keeping my bush squash covered in the hopes of evading the SVB - the netting comes off next week, so fingers crossed.

Nice cabbage. I'm still waiting for mine to head up decently. They take so much longer than the Asian cabbages do.