The downpours are less frequent now.  Last weekend, after three consecutive days without any rain, a new record, we got about two inches.  The forecast looks better this week, but the soil is just saturated.  At least they re-opened the bridge on Sunday and I can take the short route to town.

I finally got the garlic out.  I was waiting for the soil to dry sufficiently so I could dig up the garlic and just brush off the soil, but that isn't going to happen soon and it needed to come out, so I dug it up, broke off the clods of wet soil, put it on a screen and gave it a good hosing. 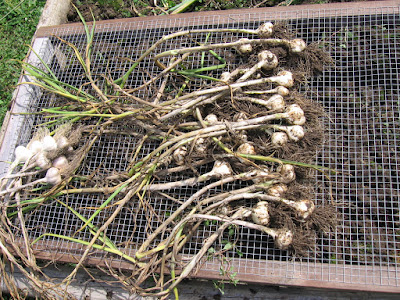 Well it was a very productive week.  In spite of weeks of cloudy sunless weather the plants are really coming on.  Except for the slicing tomatoes, which have never really resumed growth.  The first harvest was mainly beans, Provider and Marengo Romano, and some Silver Queen okra.  With improved weather the Provider beans are now nice and plump, real beauties. 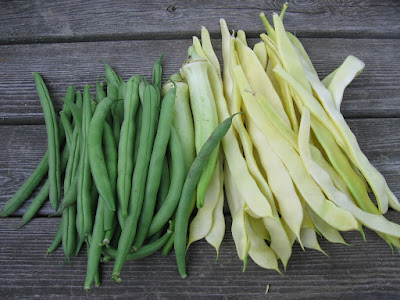 Then came the cucumbers, more like an invasion. This batch of Calypso's was canned.  That's a lot more work than refrigerator pickles.  I'll open a jar in a week and see if they are soft.  They likely won't have the crunch of a refrigerator pickle. 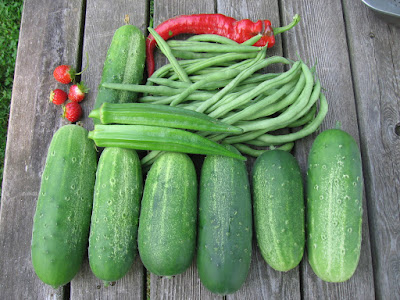 There were also Fortex green beans, Millionaire okra and the first Jimmy Nardello pepper.  Note that there are also a few strawberries in the photo.  The strawberry plants have been producing lots of blooms and white berries, but not many ripe ones.  I suspect foul play.

After picking this I found another Calypso cucumber and noticed that an eggplant was ripe. 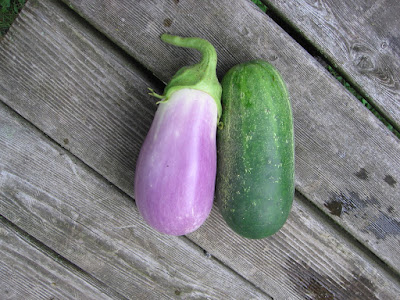 A few days passed before more cucumbers were ready, this time including a Diva.  Another batch of Romano beans means more to freeze.  I like these beans but it looks like they are getting a little rust.  Also some Tropea onions and a Bride eggplant.  This batch of pickling cucumbers was made into refrigerator pickles.  Soon I'll be throwing jars of pickles into open car windows. 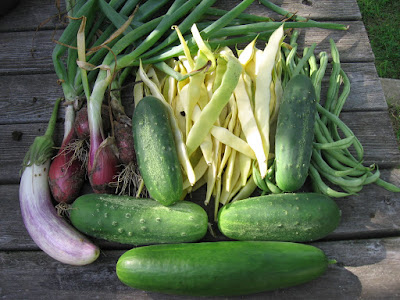 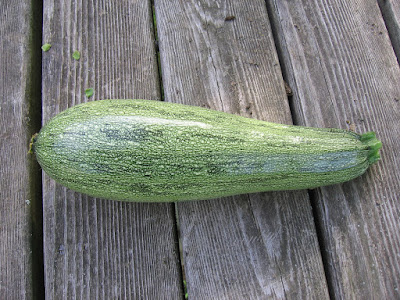 Overall a productive week.  Over 8 pounds of pickling cucumbers, nearly 5 pounds of beans.  From 4 plants I've picked almost 20 pounds of pickling cucumbers so far.  Either my strategy of removing the early blooms while the plants established a vegetative mass has paid off or it's just a very good year for cucumber plants.
To see what other people are growing, head on over to http://daphnesdandelions.blogspot.com/
Posted by gardenvariety-hoosier at 4:52 PM

Those cucumber must like your rain. Mine have just started. I hope they do well as I want to ferment a lot of pickles this year.

I wish had your luck with cucumbers, but no way here. And I like your beans. Provider is a great bean and looks like a bean should: fat and straight. Makes for good dilly beans. And the Marengos are beautiful. My Gold Marie beans have some kind of disease that has crippled them so I will be lucky to get a few beans. But I gave seeds to a neighbor whose beans are doing great, so I am hoping they have a glut they will share.

Everything looks great, but holy cow - 20 pound of cucumber from 4 plants...and the season is only just starting! I'll be very interested to see your final numbers on that.

Evidently some crops like the rain! I'm not a fan of pickles, so I don't really have a plan for preserving cucumbers. I just have to eat them raw. At least I know I can give them away if I need to, because my grandchildren are very fond of them. Your beans are doing well. I haven't picked any beans yet, but if I do get a glut I'll be happy to freeze some.

A very productive and attractive harvest. I love the colors of the eggplants. I like pickles as much as the next guy, but there's a limit to how many I can eat. I wish I knew other uses for cucumbers besides fresh and pickled.

Your beans and cucumbers are going crazy and you have peppers and eggplant already. Some of my peppers plants are chest high but it's been too hot for them to set fruit.