The week of the squash

Way more squash than I can possibly use – from one plant.  At least the Sunburst pattypan produces in waves so I’m getting a break.  I gave most of the harvest to the food bank and it doesn’t look like there will be more squash until later in the week, when the squash deluge will start all over again.


Dragon Langerie, an heirloom wax bean, started producing.  The beans on the upper parts of the plant that get more sun are strongly mottled, the beans at the bottom are more pale yellow.   They are good but not as tasty as green beans, which have a more beany flavor.  I’m growing State ½ Runner beans on the same trellis with the butternut squash.  It may be a challenge to find the beans in all the foliage.  The premature demise of the cucumber left an empty trellis so I planted some more ½ runner beans there. 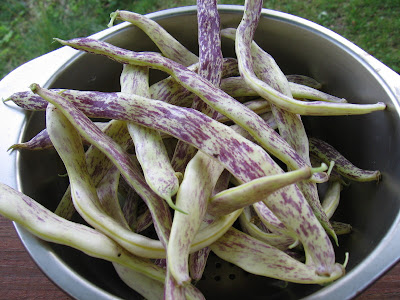 Another head of cabbage, Earliana, was picked.  It’s a decent early cabbage but I like Gonzalez better.  Two cauliflower plants, Summer Harvest, are looking really healthy and the Gypsy broccoli is coming along.  It has a longer maturity than the Major broccoli I was growing so it will probably take about ten more days to mature.  Whenever I check the brassica bed there are usually a few sugar snap peas to snack on.  Amazing that it hangs on like that in the heat. 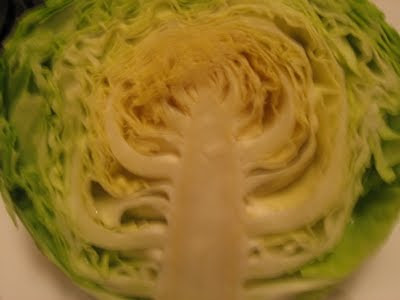 I really have to rethink this summer squash thing.  With limited garden space I want to raise high value crops.  Is summer squash high value?  It’s certainly high yielding but I can think of a lot of vegetables I like more.  If I could find a more compact summer squash that produced less, and had more intense flavor I would definitely want to try that.   But nearly fourteen pounds of squash in one week?
I caught a small catfish, enough for one meal.  I tried to catch another one on Sunday but lost it reeling it in.  Once a catfish is hooked the rest of them won’t bite for several hours, so the fishing was done for the day.  I’m going to try again this evening.
Posted by gardenvariety-hoosier at 11:49 AM

Interesting! I didn't know that about the catfish!

Summer squash is always very prolific - but yours sounds excessively so! You have a good solution to your surplus though by donating it to the foodbank.

Hey, I didn't know that about catfish, either! Squash seem to grow no matter what. I understand your dilemma. Great idea to give excess to the local food bank. I will remember that for the future.
~~Lori

Nice looking beans. I have some petaluma gold rush beans... at least the vines. Not a single bean yet. My Fortex beans are my best producers in the garden.

Yes the catfish seem to be very tuned in to what happens to others. A pond this size probably reflects every sound and vibration underwater. The will swim the length of the pond when I walk out on the deck in the afternoon, sensing the vibration and knowing it's dinnertime.
This is probably the last year I grow this variety of squash. After the last excess of squash the plant probably spent too much energy and still hasn't produced any female flowers. Feast or famine when a steady supply is better.