Last year I nearly always had the mole trap set over a tunnel, hoping to rid the yard of these burrowing pests.   Never got one.  So I went on YouTube and watched some videos.  Armed with a little more knowledge, I set a trap last weekend over a mole tunnel.  This one was on a rampage in the yard, and this picture shows about half of the tunnels it made over the weekend. . 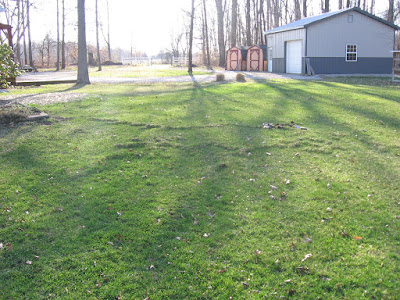 Sunday morning I checked the trap and found that it had been sprung.  I pulled up the trap and there it was, a very dead mole.  Later that day I saw a new tunnel in the same area (I had stomped down the old tunnels) and set the trap again.  That evening the trap had been tripped again but no mole was found.  It may have been mortally wounded because no new tunnels have been sighted.  One, maybe two, less moles. 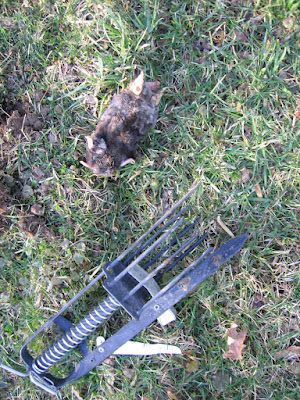 These animals have become an absolute scourge in the yard and garden.  It's not true that moles feed on beetle larvae exclusively.  They will eat every earthworm in the garden,  they are not picky.

Last Sunday the weather was gorgeous, April-like.  With rain on the way that evening I spent the day working in they yard.  I weeded the raspberry bed, spread some fertilizer on the soil, and put some mulch over the bed.  With the early spring, some of the raspberries were sending up shoots. 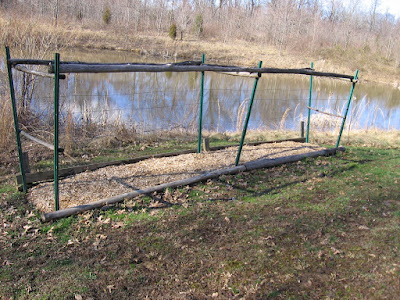 I gathered more leaves, spread them over the parts of the squash bed that were not covered in the first burn, and set them afire.  I learned something here.  It's better to light the pile on the downwind side.  The fire must advance against the wind, and it will burn more completely with less smoke.  I checked it the following day after the rains went through, and this is what it looked like. 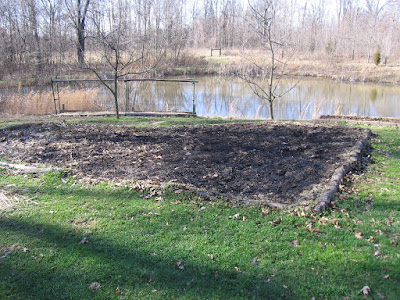 There were still some weeds at the edges that looked alive, but after a few days most of them had succumbed.  You probably can't do this if you live in the city, but it appears to be a very effective way to kill any weeds that survived the winter.  The most problematic weed here is ground ivy, which spreads with runners and is hard to remove.  I'm hoping that the heat from the fire finished them off.

Indoors the seedlings are coming along nicely.  The first set of brassicas is setting true leaves and the lettuce looks healthy, while the second set of brassicas and lettuce have not yet germinated. 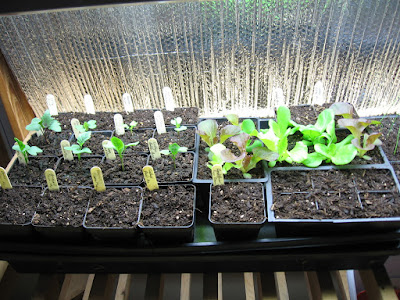 The Pontiac onions are also doing well and are ready to be thinned. 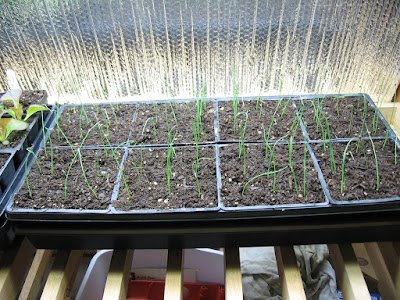 I was planning to set the lettuce and onions into the mobile greenhouse later this week.  Then I checked the forecast and got a shock.  Sunday morning the temperature is predicted to bottom at 17 F (-8 C) with a cold spell lasting several more days.  Holy cow!  After crazy warm temperatures in February, we get January temperatures in March.   Even though it's getting a little crowded, the seedlings will stay indoors for at least another week.  I'll start the peppers once the onions are moved out.

Even though it won't be used for awhile, I took the mobile greenhouse out of the minibarn and wheeled it into its springtime spot, then set the pavers in place.  The concrete pavers retain heat overnight and keep the inside several degrees warmer than the outside. 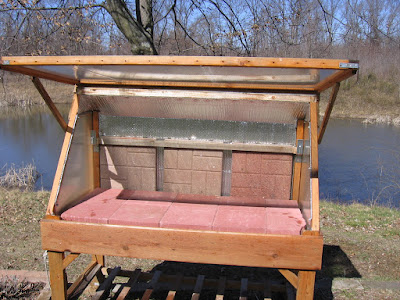 It looks like spring is not really here yet, but after this final cold snap it will be here at last.
Posted by gardenvariety-hoosier at 9:23 PM

Ugh - moles. None where we are, but we do seem to have voles. Never actually seen one but their holes are evident. We are in the same weather boat - since January, you would be hard pressed to tell which month we are in with all the unseasonable weather.

It's funny how some people go all soft at the mention of a mole - "Oh how cute; such endearing creatures!" In fact they are hugely destructive, as you well know.

Love the paver / greenhouse idea. I have a few of those pavers and have been wondering how to use them.